Opinion George Brandis ignores his own insights into chaplains ruling

The commonwealth has suffered three major High Court defeats that have set limits to its spending power. It's time it gets the message and recognises the rules of the game have changed, writes George Williams. 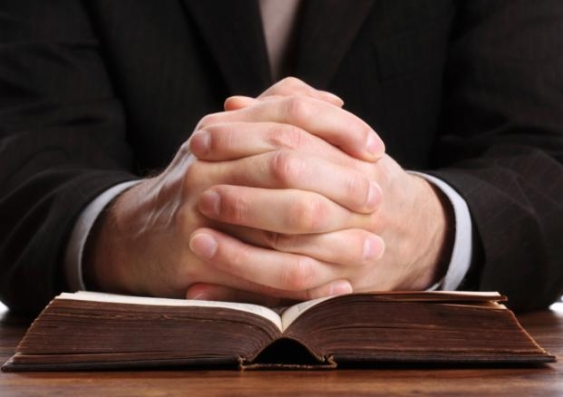 OPINION: Attorney-General George Brandis is doing his best to hose down reactions to the High Court’s finding that federal funding for school chaplains is unconstitutional. He has even described a statement that other programs are now at risk as ''erroneous and ignorant''.

On this point, the Attorney-General is wrong. Indeed, constitutional lawyers have been scratching their heads wondering how he can make the statement. It is true the only formal finding of the court is that the chaplaincy program is invalid. However, the reasoning used to reach that result undoubtedly has large implications for other federal schemes.

Despite years of denials and inaction, it is clear many federally funded programs rest on shaky constitutional ground. This first became evident in 2009 in a High Court decision on the Rudd government’s stimulus package. The package was upheld, but in doing so the Court unanimously rejected the commonwealth’s unlimited view of its own spending powers.

Rather than endorsing the idea the commonwealth could spend taxpayers’ money on whatever it wished, the High Court held that federal money could only be spent in areas over which the commonwealth had constitutional responsibility. These areas are limited, and most prominently include the 40 subjects of legislative power listed in section 51 of the constitution.

This reasoning gave Queensland father Ron Williams the opening he needed to challenge the chaplaincy program. He did so successfully in 2012. The commonwealth responded by passing remedial legislation authorising about 427 spending programs, including that for school chaplains.

Undeterred, Williams again challenged the chaplaincy program. In granting him a second win, the High Court has held that the remedial law cannot authorise every funding scheme. Instead, the validity of each must be assessed on a case-by-case basis. Those programs that fall within an area of federal responsibility will be valid. Those that do not will be unconstitutional.

The chaplaincy program is in the latter category, primarily because it does not fall within the federal power to provide ''benefits to students''. This is because the program does not ‘'provide material aid in the form of any service rendered or to be rendered to or for any identified or identifiable student'’. Such aid must also be ‘'provided against the human wants which the student has by reason of being a student'’. This narrow approach hinders the commonwealth’s ability to provide direct support and assistance to schools.

Other programs are now also susceptible to attack. Indeed, many now lack any visible constitutional support. The list of vulnerable programs is long and diverse, and runs to billions of dollars, extending to matters such as drought assistance, local government, community legal centres, energy efficiency, community safety, affordable housing, sport and the arts.

The High Court’s decision also means funding for education thought to be safe is now under threat. In particular, unless a program is provided as a service to an identifiable student, it may be unconstitutional. As a result, generalised federal funding for early childhood education, school support and the Australian baccalaureate may be unlawful. On the other hand, the one laptop per child program may be upheld as it provides a benefit to specific students.

None of these possibilities will come as a surprise to Brandis. He delivered a prescient speech in the Senate on June 27, 2012, in the wake of Williams’ first High Court victory. In it, he cast doubt over the effectiveness of Labor’s remedial legislation and identified why the High Court would strike down the chaplains program a second time.

Brandis said he was "far from satisfied" the government’s remedial legislation was "effective to satisfy the constitutional lacuna" the High Court had identified. In particular, he cast doubt on the ability of Parliament to validate each and every funding program under the umbrella of one law. He proved correct in saying this mechanism would not protect programs from being unlawful where they lacked a separate foothold in federal power.

Brandis need only re-read his speech to see why many other federal funding programs can be struck down if challenged in the High Court. He needs to recognise this, lest he repeat the mistakes of the former Labor government in failing to respond appropriately to the reasoning of the High Court.

Over the past five years, the commonwealth has suffered three major High Court defeats that have set down categorical limits to its spending power. It is time, surely, it gets the message, and recognises the rules of the game have changed. The responsible course for the commonwealth is to restructure its grant programs so they operate within the bounds of the constitution.

In some cases, this will require federal funding programs to be closed, or to be channelled via the states. Neither option will be desired, but this is necessary if the commonwealth is to comply with the law as set down by the High Court.