Australians must be vigilant to ensure they are not inadvertently supporting terrorist organisations when they make donations to charity, writes Stephen Dametto. 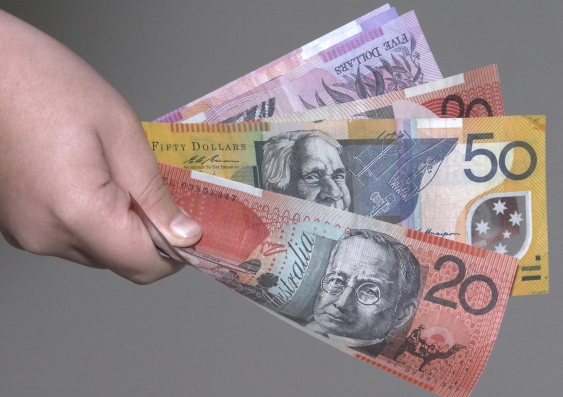 OPINION: Australians must be vigilant to ensure they are not inadvertently supporting terrorist organisations when they make innocuous donations to charity.

Despite assertions from Jacqui Lambie in a Senate speech on Tuesday evening halal money is supporting terrorist activities, there is no evidence that this occurs in Australia.

However, our relative wealth, as well as our high donation rate, has made us particularly vulnerable to terrorist organisations who are setting up false charities and using the money for the purposes of terrorism, money laundering or other criminal activity.

As the Australian Food and Grocery Council points out, all organisations that receive money for halal certification services are subject to the same terrorism financing laws in Australia as any other organisation and could be subject to prosecution if there was evidence that such monies did go to terrorist organisations.

Despite this, Lambie does raise an important issue relating to the cash economy.

Our own high terror alert levels, and the recent increase in prominent terrorist activities globally, draws the issue back into focus for Australians.

There is evidence that Australians are being targeted by terrorist organisations posing as charities to attract funds for offshore terrorist activities.

Charities and not-for-profit organisations are an important pillar of Australian society and enjoy high levels of public confidence and support. In 2014, Australians donated around $2.5 billion, most with the general expectation that the charity is valid and will use the donation to achieve their stated objectives.

However our relative wealth, as well as our high donation rate, has made us particularly vulnerable to terrorist organisations who are setting up false charities and using the money for the purposes of terrorism, money laundering or other criminal activity.

Charitable giving (or zakat) is one of the five pillars of the Islamic religion and prescribes that 2.5 per cent of one's wealth should be donated to charity. In addition to zakat, charitable giving is often expected around the time of particular religious events, such as at the end of Ramadan.

To date, several significant police investigations have demonstrated that this goodwill and generosity is taken advantage of and charities and other not-for-profit organisations may be abused. For example, there are growing instances of money, given mostly with good intent, flowing to terrorists in countries such as Afghanistan, Pakistan, Somalia, Yemen and now Syria.

In recent years, rogue charity collectors took money from generous Australians following the Victorian bushfires and Queensland floods and in 2010 when three men – Aruran Vinayagamoorthy, Sivarajah Yathavan and Arumugam Rajeevan Tash – pleaded guilty to using the Melbourne-based Tamil Co-ordination Centre to raise monies for the Liberation Tigers of Tamil Eelam under the guise of fundraising for tsunami relief.

The not-for-profit sector, both in Australia and abroad, is a particular target for terrorists given the regulatory, cultural and geographic environments in which these organisations generally operate overseas – such as in war or natural disaster zones. These risks, as well as the cash-intensive nature of donations, means that the not-for-profit sector has a number of vulnerabilities that may lead to the funnelling of terrorist funds through the sector.

Terrorism financing does not only involve the direct costs required to fund terrorist attacks but also can mean the funds required to maintain a terrorist network or organisation. These funds can be used to recruit members, provide training, promote ideology, fund general infrastructure and living costs, and support the families of terrorists.

Also, it is important to note that the amount of money required for an actual attack can be quite small – for example, the bombings on the London Underground in July 2005 cost less than £800. This means that small cash donations, in a largely unmonitored environment, are an ideal target for terrorists.

The risk of inadvertent terrorist activity should not deter Australians from giving to charity. But vigilance is the key. People need to educate themselves on where, and to whom, they give their money and be vigilant that it will be used for the right purpose.

The best way to help people in war-torn countries is through humanitarian assistance provided by UN agencies and non-government organisations that do not support either party to the conflict.

If somebody is asking for money for a cause, ask questions before you give.

It remains the responsibility of each individual to look at who they are giving money to and ensure they are legitimate organisations.

Stephen Dametto is a researcher in Law at UNSW and founder of Australia's Counter Terrorism Financing Investigations Unit.

Money trail is the best lead in fight against terror