Opinion Government must look to Clive Palmer for support

The bottom line for the government is that many of its policies will survive or fall in the Senate according to the will of the Palmer United Party, writes George Williams. 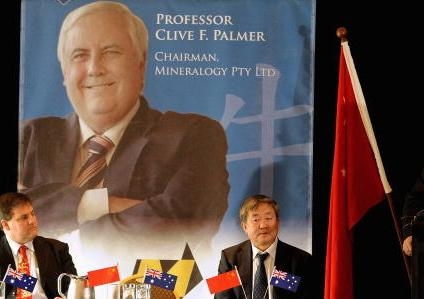 OPINION: The negative reaction to the Abbott government’s first budget has led to rumblings that it should be blocked by the Senate. Some have even suggested that this could give rise to a constitutional crisis like that of 1975. Such fears are overblown, but there is no doubt that the government faces the real prospect that parts of its budget will never become law.

Treasurers announce their budgets with great fanfare, but depend on the detail being passed by both houses of the federal parliament. Winning the support of the Senate this time round will be a stern test of the government’s political skills. It will require the forging of a series of shifting and unlikely alliances. No Senate in living memory has posed such a complex challenge.

The Senate has 76 members. From July 1 this year, when it rolls over to its new configuration from the last federal election, the government will have 33 senators. Six further votes will be needed to secure the magic number of 39 required to pass legislation, including the budget bills.

Some measures, such as the levy on high-income earners, have the support of Labor members. Other initiatives, such as the paid parental leave scheme, might be enacted with the votes of the 10 Greens members.

Other contentious budget measures, such as the $7 GP co-payment and higher education reforms, will only be passed if they gain sufficient support from the three Palmer United Party, four micro-party and one independent senators. With six votes required, Palmer United will have the balance of power.

The bottom line for the government is that many of its policies will survive or fall according to the will of Palmer United. If these new, untested Senators are able to maintain party discipline in the face of enormous pressure from the government, they will exert a decisive influence not only over this budget, but over much of the Abbott government’s agenda.

This is why Clive Palmer is so crucial to the government’s political fortunes. His mercurial approach to politics will no doubt be a sore test for the government, as will his poisonous relationship with the Liberal National Party in Queensland.

Some have suggested that Palmer United should use its clout to block the budget entirely, perhaps in the name of rejecting the government’s Direct Action policy on climate change. The party may well stop laws that provide for the implementation of this policy.

However, it will not be able to prevent government expenditure on the Direct Action policy where this is contained in the special set of budget bills for the ordinary annual services of the government. These supply bills form the core of the budget and are vital to the government’s day-to-day functioning. They cover matters such as the salaries of public servants. If they are not passed, government grinds to a halt.

The Senate’s failure to pass the supply bills in 1975 provoked a constitutional crisis that led Governor-General Sir John Kerr to dismiss Prime Minister Gough Whitlam. Those events produced deep wounds and long-lasting recriminations that did great harm to the Australian polity.

The damage was so serious that Australia’s major parties have said ever since that they will not reject the supply bills, however much they might disagree with them. This means that these bills will be enacted with Labor support, even if Palmer rails against them.

This puts to bed any suggestion that this budget will give rise to a constitutional crisis like that of 1975. However, such a possibility cannot be ruled out over the longer term.

Calls for the budget to be blocked have become more frequent as memories of 1975 fade. The politicians who took part in those events, and who entered Parliament in response to them, have gone. It would not be surprising if at some point in the future their successors contemplated the unthinkable, if backed by overwhelming popular support.

It is naive to suggest that the Senate will never again fail to pass a government’s supply bills. The only thing stopping this occurring is restraint and good sense on the part of Australia’s major parties. Nothing has been done to remedy the flaw in the constitution that enables a hostile Senate to hold a government to ransom.

This problem has been dealt with elsewhere. The NSW constitution has been amended to remove the power of its upper house to block a bill appropriating moneys for the ordinary annual services of the government.

A similar change is needed to the national constitution, but there is no appetite to make this happen. It appears that Australia must return to the brink of crisis for such a change to be considered. Unfortunately, rational discussion about fixing the problem may prove impossible in the midst of such events.