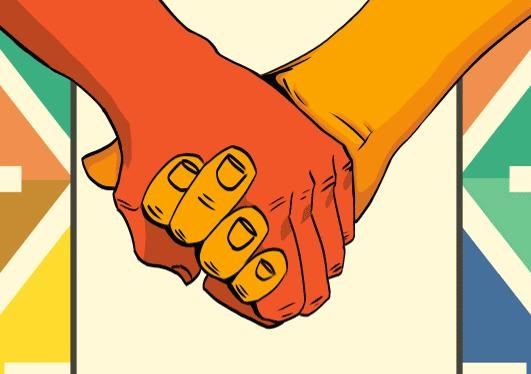 An educational comic book and video project about same-sex love and discrimination will be distributed in 16 African countries as part of an international campaign to promote and protect lesbian, gay, bisexual, transgender and intersex (LGBTI) rights.

Developed by UNSW’s Australian Human Rights Centre (AHRCentre), SOGI’s Story is a short graphic novel about same-sex couple Sogi and Kojo. It aims to dispel harmful myths and stigmas, and prevent discrimination and violence in 16 African Commonwealth countries, most of which have criminalised homosexuality by law.

The 12-page comic book will be sent to national human rights commissions and LGBTI non-government organisations with an accompanying video, fact sheet and website.

The resource was initiated by the Australian Human Rights Commission and was launched this week by West Australian Liberal Senator Dean Smith, Chair of the Parliamentary Joint Committee on Human Rights. The launch followed the recent adoption by the UN Human Rights Council of a significant resolution on human rights, sexual orientation and gender identity.

“Our hope is that SOGI’s Story will raise awareness of the issues LGBTI people face on a daily basis, and will become a symbol of solidarity not only in Africa but across all regions of the world.”

To produce SOGI’s Story, UNSW’s AHRCentre worked with African academics and NGOs to research the international and regional laws and treaties, national constitutional provisions and legislation, and the mandates of 16 national human rights commissions. It also surveyed the literature on sexual orientation and gender identity developed by civil society.

“It was essential to develop a resource that was portable, easy to reproduce and translate, but that did not endanger or exacerbate the struggle of those who worked to challenge discrimination,” Professor Durbach said.

“We required a resource that reflected particular political, legal, cultural and geographic contexts but had an overriding message of universal appeal. And so SOGI, the love story, began to emerge.”

Graphic designers, The Explainers were engaged to help bring the story to life.

Launching the resource, Senator Smith said Australia had a leading role to play on LGBTI issues.

“The chief virtue of SOGI’s Story is that it is a very practical initiative,” he said. “As we are all aware, education is the most powerful weapon we have against discrimination, in our own community and around the globe.”

He noted that while the comic book format is best known for its tales of heroes with superhuman abilities, the central character in this story had not been granted any special powers.

“He has only the same weapons that any of us have when it comes to fighting against prejudice and discrimination – an ability to see that what is happening is wrong, and a voice with which to speak out against it.

“Yet there’s no doubt that Sogi is a hero, in the very real sense of that word.”

Senator Smith said it was fitting that SOGI’s Story did not end in a traditional, tidy fashion. “That’s entirely appropriate, because the next chapter in SOGI’s Story is yet to be written. And in a very real sense, we will be its authors.”

Professor Durbach cautioned that even in countries like Australia, where legislative frameworks exist to protect minorities, there was no guarantee of equality.

“In the absence of political leadership that aligns with human rights principles, community attitudes can trail behind the urging of the law,” she said.

“Australia, even with our language of tolerance and fairness, has come late to this important legal validation – that promotes and protects sexual orientation and gender identity – and as a nation, we still negate same-sex marriage.”

For more information about SOGI’s Story go to the website.

Read more about the AHRCentre here. 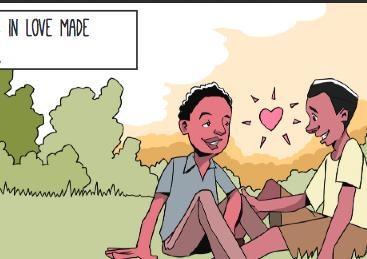 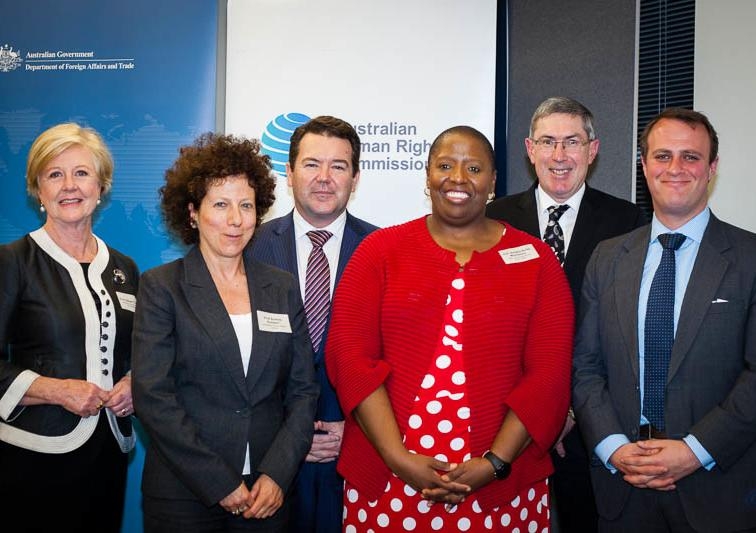