In class actions where there is substantial risk, the challenge is to ensure lawyers fees are charged in an appropriate manner that is fair to both lawyer and client, writes Michael Legg 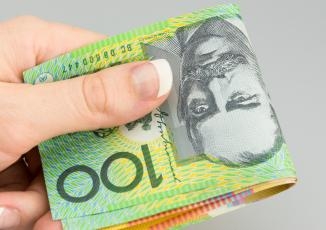 OPINION: The failed Great Southern class action, which saw lawyers receive substantially more compensation than victims, could be seen as making the case for contingency fees. The Productivity Commission recently recommended the removal of the ban on contingency fees that exists in all Australian states. However, contingency fees also have dangers for consumers.

Contingency fees can be advantageous to clients because the lawyer only gets paid if the client wins and only in proportion to the victory. The lawyer bears some of the risk of the proceedings, by acting as both lawyer and banker to the client.

Contingency fees are an alternative to time-based billing, fixed fees and even the conditional fee. A conditional fee, also called a “no win – no fee” approach, is where the lawyers also only get paid if there is a recovery. However, the payment to the lawyer is usually based on time worked. The lawyers may also charge an uplift of no more that 25% of their time-based fee.

The Great Southern class action shows the main issue is not embracing contingency fees, but instead the more difficult issue of how to ensure fees are charged in an appropriate manner that is fair to both lawyer and client. The Productivity Commission acknowledges this issue by stating in its report:

The unfortunate reality for consumers of legal services is that lawyers can charge excessive fees, adopt a position that is incongruous to the needs of the client and fail to adequately inform their client under any billing arrangement.

Great Southern illustrates that when a case is risky lawyers may chose a billing method that makes sure they get paid, rather than a contingency fee which exposes the lawyer to risk. The opposite position may also apply: contingency fees being adopted for cases with low risk or for cases that are currently undertaken using conditional billing.

Contingency fees may make litigation more expensive for plaintiffs. For example the Commission presents data on the fees charged in Victorian Supreme Court personal injury cases in 2009 and 2010.

For cases with recoveries over $1 million dollars legal fees equate to about 5% of the recovery. Compare that with a contingency fee of 25%. If contingency fees are greater than what is charged through time-based billing then transaction costs for the compensation of injuries will increase. If that happens then the plaintiff has less funds. Does that mean that compensation payments will increase, or does the injured individual have to make do with less, or is society to make up the shortfall in some way?

Regulators in the UK responded to this concern about the adoption of contingency fees in three ways:

The fact that regulation was needed in the UK to ensure clients are adequately compensated suggests this is a real area of concern. If lawyers use contingency fees to feather their own nests then there are some very real and serious implications for the rest of society. The problem of cost in the civil justice system is made worse. The Productivity Commission has recommended the use of caps, but has not addressed the other measures.

Another key protection for consumers is that the current regulation of legal costs includes the ability of a client to seek the independent review of a bill of costs. The review of costs determines if the costs are fair and reasonable. Contingency fees would presumably operate within this regime but to do so additional information is needed. Traditionally records of work done and time expended are considered. But a contingency fee is not based on work or time.

The fee review system would need some way to determine what a reasonable percentage for a particular case is.

Experience with uplift fees in Australia and contingency fees in the US is that lawyers usually charge the maximum allowed – if there is a cap they charge the cap amount. One response, recommended by the Victorian Law Reform Commission in 2008, was to make lawyers continue to record time and tasks so that a time or task based fee could be compared with the percentage actually charged. However, this does not take into account the risk of the litigation, in particular, the risk of the lawyer not being paid. The Productivity Commission devotes a chapter to protecting consumers of legal services but does not consider how contingency fees would operate in this system.

The Great Southern class action demonstrates lawyers can choose fee arrangements that are to their advantage. Rather than being an endorsement for contingency fees it suggests we must consider how contingency fees may be misused and the mechanisms for guarding against such misuse.