Opinion Hells Angel takes on bikie laws, but what are his chances?

A recent constitutional challenge to parts of Queensland's anti-bike laws provides the High Court with a platform to clarify how fundamental values are protected from legislative infringement, writes Rebecca Ananian-Welsh. 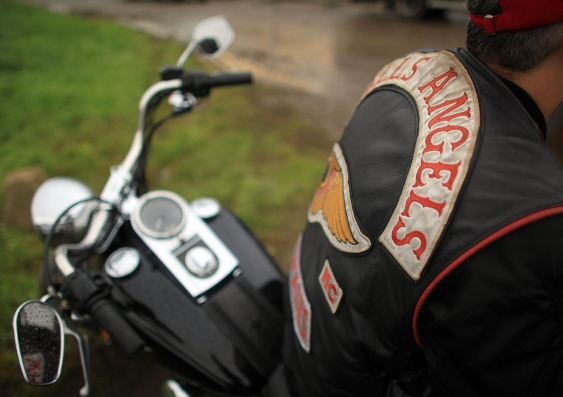 OPINION: Hells Angel Stefan Kuczborski has launched a constitutional challenge to more than a dozen sections of the Newman government’s notorious anti-bikie laws in Queensland. These include the Vicious Lawless Associations Disestablishment Act (the “VLAD Act”) and the Criminal Law (Criminal Organisations Disruption) Amendment Act (the “CODA”).

These two pieces of legislation were introduced, debated and enacted in one day, without public consultation, last October. The nature and impact of the laws are alarming, but Kuczborski’s success is by no means assured when the case reaches the High Court.

What’s in the laws?

The VLAD Act imposes a mandatory minimum sentence of 15 years' imprisonment with no parole on “vicious lawless associates” who commit “declared offences” while participating in the activities of a group (being any legal or illegal group or association of three or more people).

Despite the frightening title, a vicious lawless associate is simply a person who participates in the activities of a group. This definition conceivably captures most of the population.

The VLAD Act places the onus on the accused to show that he or she is not a vicious lawless associate by proving that the purpose of the group is not to undertake a declared offence. The schedule to the VLAD Act contains a lengthy list of declared offences, ranging from child exploitation to drug possession to wounding.

If a person is prosecuted for a declared offence, is a participant in a group and cannot prove that the purpose of that group was not the commission of the declared offence, then the VLAD Act obliges the court to sentence him or her to 15 years' imprisonment in addition to the usual sentence for the offence.

Persons who are office bearers or authority figures within the group face an additional ten years' (for a total of 25 years) mandatory imprisonment.

The CODA complements the VLAD Act by creating a new criminal offence of:

…participants in a criminal organisation being knowingly present in public places.

The consequences of declarations under the CODA are severe. Any person who “participates” in a declared organisation by in any way asserting or seeking membership of it (for example, by wearing the group’s insignia) faces a mandatory minimum sentence of six months' imprisonment if they meet in public with two or more other participants.

Again, the onus of proof is reversed. A person may defend the charge by proving that the declared organisation does not have a criminal purpose.

Some of the strongest aspects of Kuczborski’s constitutional challenge will be based on the claim that these laws (and other aspects of the Newman government’s legislative “war on bikies”) undermine the constitutionally protected independence and impartiality of Queensland courts.

Kuczborski will assert that the laws breach the Constitution by requiring judges to act without discretion, order mandatory and disproportionate sentences, and administer unequal justice. These factors risk judges appearing to act as rubber stamps for the executive.

Kuczborski will also argue that the mandatory sentences, reversals of the onus of proof, and vague and uncertain terms of the legislation undermine fair process and the rule of law.

Complex and unresolved aspects of the Constitution

These arguments are persuasive in the circumstances. It is not difficult to see how these laws challenge traditional conceptions of justice, fairness and the rule of law. However, these arguments hinge on complex and unresolved aspects of Australian constitutional law.

The Constitution does not contain a fair process clause. Any protections for fair process are implied from the doctrine of the separation of judicial power, which is itself an implied doctrine.

The extent to which a separation of powers applies in the states has been the subject of considerable controversy. Only in recent years has it emerged as a significant limit on the powers of state governments.

The High Court has tended to uphold state laws provided that they do not usurp or control the fundamental discretions or defining characteristics of courts. On this basis, the High Court has upheld secret evidence in judicial proceedings, as well as preventive restraints on liberty and mandatory sentencing.

The High Court may find that it is within the powers of the Queensland parliament to create a new offence and attach a mandatory minimum sentence in line with political objectives, as it has with the VLAD Act. As for the CODA, mandatory sentencing may again be upheld.

The argument as to double punishment is more novel. Together, these issues may well push the High Court to draw a clearer line between valid sentencing guidance and impermissible interference with judicial discretion. Currently, it is not clear where that line exists.

One thing is certain: the High Court will not approach these issues from the perspective of “rights”. As fair process is only protected as an implication of the separation of judicial power, arguments will focus on the independence of the court and on the proper relationship between courts and the executive.

The liberty-infringing nature of the orders will be of secondary, even tangential, concern.

The challenge, then, provides a timely platform for the High Court to give clarity to how the Constitution protects these values from legislative infringement.

Rebecca Ananian-Welsh is a lecturer with the ARC Laureate Fellowship Project ‘Anti-Terror Laws and the Democratic Challenge’ at UNSW Law.