Western Australia should reconsider its desire to secede, as the move can undermine the legitimacy of the existing constitutional structures and cast doubt on the state's authority, argues Fergal Davis. 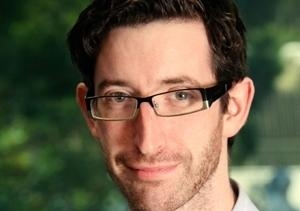 OPINION: Secession is a strange, sibilant, lisping sort of a word. Not easy to say after a few schooners. But you can expect to hear more of it in the months ahead. Belgium, Spain, the United Kingdom – perhaps even Australia – are all, to varying degrees, embroiled in the process of national divorce.

Secession is the act of exiting or withdrawing from a political union – in this case a State. When a region seeks to secede from a wider union it does more than simply threaten the geographic integrity of a nation; it undermines the legitimacy of the existing constitutional structures; and as a result it casts doubt on the State’s authority.

Australia is not immune from the secessionist virus, as this headline in The West Australian shows: WA’s a big economy on its own. The article went on to note that an independent WA would be the world’s third richest country in terms of GDP per capita; it would soon over take Portugal and Ireland.

More recently, the Leader of the WA Government in the Legislative Council, Norman Moore, picked up the topic, making controversial pro-secession statements (which Premier Colin Barnett refused to support).

WA has been down this road before. In 1933 the people of WA supported an independence referendum with 68 per cent voting in favour of going it alone. Back then it was the mining areas that voted in favour of staying in the Commonwealth.

WA is far from the only region with independence on its mind. In the current geo-political environment secession is in vogue.

The UK’s Prime Minister David Cameron and Scotland’s First Minister Alex Salmond recently signed an agreement to hold a vote (in Scotland) on Scottish independence. Mr Cameron agreed that the UK would be bound by the result of the referendum, slated for 2014. So the Scottish nationalists began a 100 week campaign to end a 300-year union.

No doubt Mr Cameron agreed to the terms of the referendum on the basis that he does not believe he will lose. In October an Ipsos Mori poll of 1,003 Scots for the Times of London showed support for the Union at 58 per cent with the independence vote lagging at 30 per cent. But Mr Cameron will be aware that for the Nationalists this is an historic opportunity and Mr Salmond is a canny political operator. The UK press seems to agree: there is all to play for.

But Scotland does not exist in a vacuum and events in Edinburgh are being watched with increasing alarm in Madrid. On the weekend, Catalonia went to the polls in a highly anticipated election.

The Catalan separatists, like the Scottish Nationalists, are promising a referendum on independence. This would make Barcelona a global, not just a regional capital - and possibly make FC Barcelona a genuine national team?

Perhaps just as importantly, Catalonia is not the only Spanish region with its eye on the exit door. The Basque region has long desired its own independence. The decision of the terrorist group ETA to end hostilities after four decades has resulted in a growth in support for a separatist coalition in the Basque regional parliament. Pro-independence parties now hold 48 of 75 seats and they are expected to hold some form of independence referendum.

The government in Madrid would prefer to block these secessionist tendencies.

In 2008 the Spanish government persuaded the Spanish Constitutional Court that Basque attempts to hold a “consultative referendum” were unconstitutional. In October of this year a similar Catalan proposal was also rejected by the Federal Parliament. That rejection ultimately led to Sunday’s vote which Mars has promised will be the beginning of a “consultative process” on Catalan independence.

All of this could have an impact on Scotland’s ambitions. Salmond wants an independent Scotland to remain within the European Union. But Spain is unlikely to smooth the path from UK region to EU member state.

Elsewhere in Europe Belgium struggles to maintain unity.  It took a staggering 541 days for the representatives of rival Flemish and French speaking regions to agree to form a government following the 2010 elections. The divisions in Belgium, between Flanders and Walloonia, are not just linguistic – they are increasingly cultural and political. A split is not unimaginable.

But before WA starts commissioning a national anthem they might want to reflect upon the company they keep. True, it might soon overtake Portugal and Ireland in terms of GDP but those countries are hardly in great shape.

And then there’s the example of the Commonwealth of Puerto Rica: an unincorporated territory of the United States. The Puerto Ricans are bucking the secessionist trend – recently voting overwhelmingly to join the US of A as its 51st state.

Western Australia should probably follow their example: it is better when we’re together.

Fergal Davis is a Senior Lecturer in UNSW’s Faculty of Law and is a member of the ARC Laureate Fellowship: Anti-Terror Laws and the Democratic Challenge project in the Gilbert + Tobin Centre of Public Law.