Last week saw the swearing-in of Geoffrey Nettle as the High Court's 51st justice. But a dated rule means he must retire in less than six years, writes George Williams. 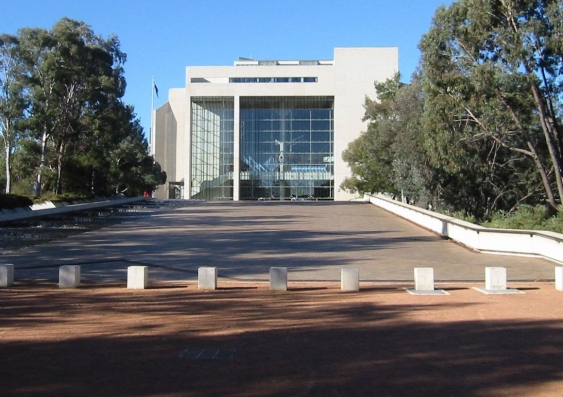 OPINION: Last week saw the swearing-in of Geoffrey Nettle as the High Court's 51st justice. This continues a long-standing trend of the major parties making apolitical appointments to the court. Speaking at the ceremony, Attorney-General George Brandis could rightly claim both that Nettle was one of Australia's "finest jurists" and that his selection was "free of controversy".

The last High Court appointee to excite political debate was Ian Callinan, chosen by the Howard government in 1998. Callinan lacked prior judicial experience, and was set up for criticism by the government's admission that it was seeking to add a "capital C conservative" to the court.

Earlier Labor appointments also provoked sharp attacks. In particular, Gough Whitlam's decision in 1975 to appoint his own attorney-general, Lionel Murphy, led to heated public debate. The reaction was so fierce that it brought about a major break in appointment practices.

Thirty judges had been appointed to the High Court before 1975. Of these, 13, or nearly half, had sat in Parliament. Since 1975, 21 appointments have been made, with not one person having held political office. It seems that parliamentary service is now a bar to High Court appointment.

Nettle is an exemplar of the sort of person now appointed to the High Court. His qualities as a lawyer have been honed through long service on the bench, first as a judge of the trial division of the Supreme Court of Victoria from 2002, and then as a judge of the Victorian Court of Appeal from 2004. In these roles he demonstrated his formidable intellectual strengths and his ready grasp of many areas of the law.

Everything suggests that Nettle will make an excellent High Court judge, and clearly people of his calibre and background must be appointed to the court. However, the lack of diversity across all appointments is a concern.

In particular, a number of High Court decisions have suffered because they have lacked the perspective of someone familiar with the workings of Parliament and government. It has been telling that the court has not had someone among its membership of the calibre of prior justices such as Sir Samuel Griffith (who had been a premier of Queensland), Sir Isaac Isaacs (who had served as both a state and federal attorney-general) or Sir John Latham (who had been federal opposition leader).

Nettle also reflects another trend. The age at which people are being appointed to the High Court has increased. It is now very rare to find a judge appointed in their 40s, with the last such selection being Mary Gaudron, who joined the court aged 44 in 1987.

Long gone are the days when a government would choose someone like H.V. Evatt, who came to the High Court aged 36 after working as a barrister and being elected to the NSW Parliament. His appointment by the Scullin government in 1930 was consistent with other youthful appointments at the time, and Evatt went on to become one of the court's intellectual heavyweights.

Today, people join the High Court most often in their late 50s or early 60s. In this, Nettle sets a precedent as being the oldest person ever appointed. He took up his seat last week at the age of 64 and two months. The next oldest appointee was William Owen, who joined the court in 1961, aged 61 and 10 months.

Nettle's age at appointment is surprising because the constitution now requires High Court judges to retire at 70. As a result, he must retire in December 2020 after only 5 years and 10 months. He is already third in line for retirement after Kenneth Hayne in 2015 and Chief Justice Robert French in 2017.

Nettle will have one of the shortest tenures in the history of the court. As he acknowledged at his swearing in last week, "any damage I may do now is limited". Length of service is especially important for High Court judges because it can take a number of years for them to make their mark. They typically develop their views, not in one case, but during a succession of matters heard over years.

The problem here is not Nettle's age at appointment, but the mandatory retirement age of 70. This was introduced by referendum in 1977. It made sense at the time, but nearly four decades later appears short-sighted.

As the population ages, and people continue to serve with distinction in a number of fields, there is less reason to force High Court judges into early retirement. The rule could be altered to set a later age or to introduce a limit of 10 or 15 years' service, but would require another referendum. The expense and difficulty of doing this means that no change is likely to occur.