The High Court’s approach to decision-making has reflected high levels of agreement between its members, with an increase in unanimous decisions in 2014, an annual study of the court’s decisions has found. 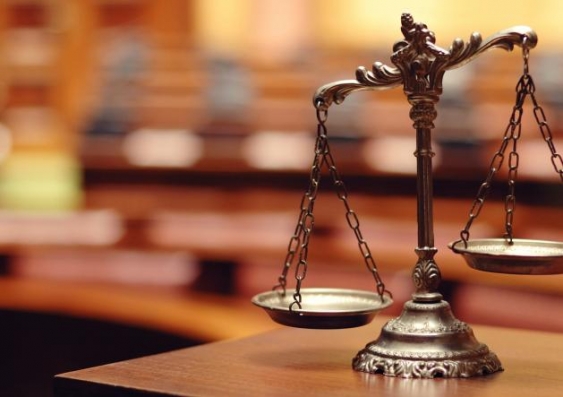 The High Court’s approach to decision-making has reflected high levels of agreement between its members, with an increase in unanimous decisions in 2014, an annual examination of the court’s decisions has found.

The High Court on Constitutional Law: 2014 Statistics by Professors Andrew Lynch and George Williams from the University of New South Wales is being presented today (Friday 13 February) at the Gilbert + Tobin Centre of Public Law annual Constitutional Law Conference.

The study looks at the High Court’s composition, the degree of unanimity, with an emphasis on constitutional cases.

In 2014, the High Court under Chief Justice French maintained the previous year’s trend of high levels of agreement. Unanimous decisions have climbed from 38% of cases in 2013 to 43% in 2014.

“The last two years are very similar to the first two under Chief Justice French,” Professors Lynch and Williams said. “In 2009 and 2010, the Court had very high rates of unanimous decisions (reaching 50% in 2010).”

That level of unity did not occur in 2011 and 2012, due to Justice Heydon’s decision to deliver all opinions by himself alone. The report reflects his retirement in early 2013 with unanimous opinions climbing again.

The High Court had a quiet year in the often contentious field of constitutional law.

“In 2014, the Court decided just six constitutional matters out of the 49 tallied,” Professors Lynch and Williams said. “This is the lowest number of constitutional cases since these annual studies began in 2003.”

The study found the current rates of dissent on the High Court are extremely low. Across the 49 cases decided by the Court last year, Justice Bell was in the majority in every decision, while Chief Justice French and Justices Crennan and Kiefel each dissented just once and Justices Hayne and Keane dissented twice.

The exception to this pattern is Justice Gageler, who was appointed to the Court in August 2012. In 2014, he dissented more than any of his colleagues by doing so in eight cases, or 19% of those on which he sat.

“Justice Gageler provides a counterpoint, but his rate of disagreement should not be overstated,” Professors Lynch and Williams said. “His dissents stand out because of the unusually high levels of agreement among the other members of the Court. Indeed, Justice Gageler comes nowhere close to the levels of disagreement of the great dissenters of other periods, such as Justices Kirby and Heydon, both of whom achieved rates of dissent of over 40%.”

But there is a difference in his decision-making, according to the study.

“The distinctiveness of Justice Gageler position is evident in his rates of joint authorship. In 2014 he was the judge least likely to join in reasons with his colleagues,” Professors Lynch and Williams said. “This again demonstrates his greater willingness to express his view separately to other members of the Court, whether in dissent or agreement.”

The 2015 Constitutional Law Conference, organised by the Gilbert + Tobin Centre of Public Law at UNSW, is held at the Art Gallery of New South Wales on Friday 13 February. The conference will focus on developments in the High Court and other Australian courts.

The conference is followed by dinner at NSW Parliament House hosted by former NSW Attorney-General, the Hon Greg Smith SC. The guest speaker at the dinner will be the Chief Justice of Victoria, Marilyn Warren AC.

Perplexity of native title and coexistence