With the number of unanimous decisions made by the High Court nosediving, Justice Dyson Heydon has emerged as the Court’s new great dissenter, a new report shows. 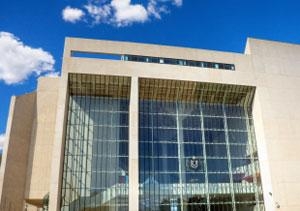 Justice Dyson Heydon has emerged as the High Court of Australia’s new great dissenter after a year in which the number of unanimous decisions made by the Court nosedived, according to a report to be presented at the eleventh annual Constitutional Law Conference.

The study of the High Court’s decisions in 2011 by Professors Andrew Lynch and George Williams, from the University of New South Wales’ Gilbert + Tobin Centre of Public Law, shows that the success the Court has had since the appointment of new Chief Justice Robert French in 2009, in agreeing in almost every second case, appears to be over.

“The high frequency of consensus on the Court in the first two years of Chief Justice French’s tenure was really remarkable,” Professor Lynch said. “We should not be surprised that it has not proven sustainable. Last year the Court returned to a much more familiar level of cases that it could decide by issuing a single judgment from all its members.”

The study’s authors said the decline in agreement across the Court owed much to the opinions of Justice Heydon, who disagreed with his colleagues in almost half of all the cases on which he sat. His Honour’s rate of dissent was close to the record set by retired Justice Michael Kirby several years ago, prompting speculation that the Court might have a new ‘Great Dissenter’ on the bench.

“Justice Heydon has delivered a notable but still modest number of dissenting opinions in past years,” said Lynch, “but in 2011 he tripled the percentage of cases in which he broke away from the rest of the Court from about 15 percent of cases in the year before to a very high figure of 45 percent.”

Lynch and Williams acknowledge that Justice Heydon’s opportunity to earn a reputation to rival that of Justice Kirby by continuing to disagree to this extent is limited. He must leave the Court in early 2013 when he reaches the mandatory retirement age of 70.

Justice Gummow is due to depart the Court even sooner – in October this year. Unlike Heydon, Justice Gummow has maintained extremely low levels of dissent throughout his time on the Court, since being appointed in 1995. He is regularly seen as a central player in forging majority opinion.

Data from the study showed that the Court was still just as likely to split over constitutional issues as it was in the past. Lynch and Williams said: “2011 saw one of the most divisive constitutional law cases for a very long time.

“The case of Momcilovic v R concerned the interaction of Federal and State criminal law and the Victorian Charter of Human Rights. It was the first time a matter under the Charter, enacted in 2006, has been considered by the High Court and the issues split the Justices in so many ways that identifying a clear majority is very difficult.”

Consensus and dissent in the High Court