Most Australians take for granted access to their day in court, should they need it, and a fair hearing when they get there. However, this basic human right is now beyond the means of many, writes Michael Legg. 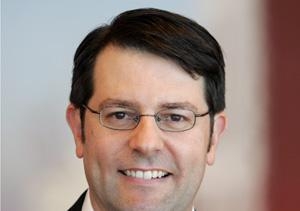 OPINION: Most Australians take for granted access to their day in court, should they need it, and a fair and public hearing when they get there.

What then should we make of a federal government that steeply increases the costs of resorting to the courts for average citizens while at the same time pushing alternative dispute resolution (ADR)?

The government runs the risk of creating a two-tiered system of justice, with the “haves” – mainly corporations and governments – able to afford litigation if they can’t achieve their aims through mediation, and the “have nots” – the rest of us – forced to accept whatever ADR offers because we cannot afford to litigate.

While encouraging informal, mediated solutions to disputes saves time and money and can spare individuals the acrimony of a courtroom stand-off, using a “price signal” to divert people away from the courts is another matter.

Access to justice, for everyone, has long been expressed as a human right, and in the International Covenant on Civil and Political Rights and Universal Declaration of Human Rights, is equated with “a fair and public hearing by a competent, independent and impartial tribunal established by law” – that is, a court. Yet a subtle shift is under way.

It was first signalled by the 2009 Attorney-General’s Access to Justice Taskforce, which sought to broaden what access to justice means.

More recently, former federal attorney-general Nicola Roxon said: “Access to justice extends beyond the courts. It incorporates everything we do to try to resolve the disputes we encounter, from the little things, such as using information found on the internet, calling a helpline or asking for help from a friend or family member, through to the big things, like filing an application in a court.”

This shift coincides with increased court fees in federal jurisdictions: the Federal Court, the Family Court and the Federal Magistrates Court.

It means the vast range of matters these courts deal with – from divorce, family law and child support to bankruptcy, administrative law, human rights, privacy, consumer matters and copyright – is becoming more expensive for the many Australians who use the federal courts every year.

While fees vary across the federal courts and some reductions or waivers are available to low-income earners, the cost of commencing proceedings in the Federal Court was, for example, increased to $938 from July 2012 and increased again to $1080 from January 2013.

The January 2013 increases also lifted fees for corporations by 40 per cent and would allow the government to raise $76.9 million in new revenue over the next four years.

Ms Roxon said: “Court fees have the capacity to send pricing signals to people that the courts should not be the first port of call for resolving disputes and to encourage them to use ADR . . . where appropriate.”

However, the increased fees apply across the board regardless of whether ADR is appropriate for the particular dispute.

The realpolitik is that the government is redefining access to justice to include a host of activities other than the provision of publicly funded courts, as well as legitimising the use of higher fees to deter citizens from using the courts. The mantra of access to justice is invoked here to obscure the government’s self-imposed fiscal constraints.

Encouraging resilience, self-reliance, and educating people about how to resolve disputes among themselves or with the help of a third party are worthy goals. Broadening the range of dispute resolution options and encouraging their use may allow for compromises that better satisfy all disputants’ interests compared to going to court.

Relationships may be preserved and creative solutions adopted. Disputants and lawyers should be thinking hard about what dispute resolution method promises to best achieve their aims. But ADR, let alone phone calls and internet searches, cannot be equated with access to justice. The civil justice system performs an important role in underwriting our civil rights – accordingly, there will be times when litigation is a necessity.

Educating citizens and training lawyers about the various methods available for resolving disputes is the way in which ADR and the courts can be used most effectively.

However, raising the financial bar to accessing the courts, which provide the fair and public hearing that is a human right, merely undermines access to justice.

A right that cannot be enforced for lack of funds is no right at all.

With ADR, unlike a court, the dispute is not necessarily decided according to law. It may be, but that is not known because ADR is usually conducted in secret. Other interested parties, including the media, are not able to be present. The procedural protections mandated by and for courts do not necessarily apply.

For the fundamental right of access to justice to be upheld disputants should be able to make a genuine choice about whether ADR or the courts better meet their needs.

Enabling disputing parties to make that choice means ensuring they are aware of the relative advantages and disadvantages of various forms of ADR as well as litigation.

Michael Legg is an associate professor of law at UNSW.

This article first appeared in The Australian Financial Review.