Queensland’s appointment of Tim Carmody as Chief Justice of that state’s Supreme Court is, without doubt, the most controversial judicial appointment in the nation’s history, writes Andrew Lynch. 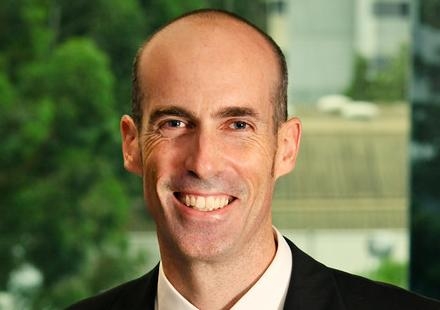 OPINION: The Queensland government’s appointment of Tim Carmody as Chief Justice of that state’s Supreme Court is, without doubt, the most controversial judicial appointment in the nation’s history. This is because it highlights, like none before it, the fragility of fundamental principles about how power is held and checked under Australia’s constitutional system.

There have certainly been earlier instances when a judicial appointment was criticised. However, those tended to focus simply on perceived deficiencies in the individual candidate’s qualifications or experience.

Occasionally, an appointment was also seen as too partisan, such as when Labor prime minister Gough Whitlam appointed his attorney-general, Lionel Murphy, to the High Court. The Menzies government had earlier appointed Garfield Barwick from its ministry to the High Court, but that attracted less consternation because of Barwick’s towering reputation as a barrister. Such blatant political appointments, once accepted, are now a thing of the past.

Even against that history, nothing compares with the firestorm unleashed when the Newman government formally announced last week, after much negative advance speculation, the Carmody appointment. It is no overstatement to say that it has precipitated all-out hostility between the unrepentant executive and the legal fraternity in Queensland.

On its own, it is remarkable that Queensland Bar Association president Peter Davis QC, resigned in protest at the apparent leaking of confidential discussions he had with attorney-general Jarrod Bleijie about contenders for the vacant office.

Those claims follow controversy from some months back over Bleijie’s reporting to the media statements attributed to the president of the Queensland Court of Appeal, Justice Margaret McMurdo. Those remarks were also on the topic of who might be appointed to vacancies on the bench.

The stand taken by Davis that he cannot represent the bar in a process that he believes to be lacking in integrity was strongly endorsed over the weekend by the Australian Bar Association, which consulted with all state bodies across the country.

But even this pales beside the sight of senior retired judicial figures and leading members of the profession attacking the announcement of Carmody’s appointment. Despite the picture that Queensland premier Campbell Newman and Bleijie have tried to paint over the last few months – mostly in their battle to gain acceptance of draconian anti-bikie laws – judges are pretty conservative and discreet people. When they criticise they prefer to employ euphemism over blunt language.

Typically, judges never publicly voice dismay over another’s judicial appointment. So to hear Tony Fitzgerald, former Court of Appeal president and head of the anti-corruption inquiry that transformed Queensland in the 1980s, describe Carmody as one of those “people whose ambition exceeds their ability” and then Newman and Bleijie as “megalomaniacs” is astounding.

Former state judge George Fryberg also criticised the appointment in very frank terms. Walter Sofronoff SC, until recently Queensland’s solicitor-general, urged Carmody to realise it was all a “horrible mistake” and to decline the appointment.

This sort of public condemnation is unprecedented. What’s behind it is much more than disquiet about Carmody’s experience and qualities for the top judicial office in the state. As Sofronoff carefully detailed in an extraordinary op-ed before the appointment was even announced, Carmody has on several occasions displayed an inappropriate closeness to the executive.

Having been in the job of Chief Magistrate for a mere nine months, Carmody has been something of a cheerleader for Queensland’s controversial anti-bikie laws. Additionally, Carmody, alone of the state’s judges, thought it appropriate to issue a statement expressing his support for Bleijie when the leaked conversation with McMurdo blew up.

Carmody’s appointment is seen as undermining the separation of powers in Queensland. Newman once described that fundamental principle as “more of an American thing”. That displays an embarrassing – or wilful – ignorance of constitutional arrangements throughout the country, including at the federal level.

More importantly, anyone who grew up in Queensland a generation ago and saw the Fitzgerald inquiry dealing with the results of unchecked executive power knows just how precious and vital it is to have an independent judiciary. Newman, originally from Tasmania, might be advised to examine that history more closely.

At the moment, the Queensland government is playing brinkmanship with the state’s legal fraternity. Newman and Bleijie are probably emboldened by a belief that people don’t like lawyers much, especially when they gang up on someone like Carmody, whom Newman said was just a “knockabout bloke”.

But the public do not have blind faith in politicians either. When what is at stake is ensuring that government is held to proper account in the use of its constitutional powers, the legal profession has a duty to speak up. And the people are likely to be an understanding audience.

Andrew Lynch is a Professor in the UNSW School of Law and member of the Gilbert + Tobin Centre of Public Law.