Australia has once again shown its willingness to promote human rights abroad, but not at home, as the recent case of Stefan Nystrom has illustrated, writes George Williams. 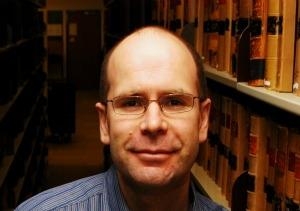 OPINION: Stefan Nystrom has spent the past six years fighting to return to Australia. His case has been backed by an important United Nations committee but the federal government has rejected its decision. In doing so, Australia has once again shown its willingness to promote human rights abroad, but not at home.

Nystrom was born in 1973, when his mother travelled to Sweden to visit relatives. He arrived in Australia four weeks after his birth, and did not leave until his deportation 33 years later.

In every respect but one, Nystrom was Australian. He lived his life in Australia, and had no significant ties elsewhere. However, the law regarded him only as a permanent resident because he was born in Sweden and had never taken out Australian citizenship.

Nystrom was a major problem for the authorities and the community. He was convicted 87 times from the age of 10, and served eight terms in prison for offences such as armed robbery, arson and rape.

In 2004 the immigration minister, Amanda Vanstone, decided enough was enough. She cancelled Nystrom's visa and ordered his removal to Sweden. Nystrom challenged this, but her decision was upheld in the High Court.

Nystrom was then deported, despite Sweden protesting on humanitarian grounds. He lives on the streets in a country where he cannot speak the language and has no prospect of employment. He also suffers from mental illness, and his family says he lacks medication for anxiety, depression and paranoia.

Nystrom still had one final legal card to play. In 1991, Australia agreed a person could complain to the UN Human Rights Committee that their rights had been breached.

In an early case, this avenue led to an important change in the law. Nicholas Toonen complained that his rights were infringed by a Tasmanian statute that made sexual activity between men a crime as ''carnal knowledge … against the order of nature''.

The Human Rights Committee found this breached Toonen's right to privacy. The Federal Parliament responded by passing a special law to override the Tasmanian offence.

The response in Nystrom's case has not been so accommodating. Last year, the UN found Australia breached his rights to enter his own country and to family life. It gave Australia six months to assist Nystrom to return home.

The federal government says it ''respectfully disagrees'' with the committee's decision and has no intention of abiding by it. This is because Nystrom is not a citizen and Australians ''expect that people coming to live in Australia respect our laws''.

However, the question is not just one of Australian law. Australia prides itself on being a model international citizen committed to its legal obligations. Our governments are vocal on the world stage in condemning human rights abuses in other countries, and in encouraging nations like China to improve their human rights record.

On the other hand, we can react angrily when told of problems in our own backyard. Despite agreeing to abide by decisions of the UN committee, Australia has developed a reputation for ignoring them.

The mandatory sentencing laws enacted in the Northern Territory in 1997 provide a notorious example. The regime became the focus of national attention when a 15-year-old Aboriginal boy committed suicide while serving a 28-day sentence for stealing marker pens and a can of spray paint valued at less than $50.

The then Northern Territory chief minister Denis Burke responded: ''This is designed to shame Australians. And to my mind [this is] an opportunity for Australians to tell them to bugger off.''

The prime minister, John Howard, said: ''we are mature enough to make decisions on these matters ourselves, full stop.'' The foreign affairs minister Alexander Downer agreed, saying if a UN committee ''wants to play domestic politics here in Australia, then it will end up with a bloody nose''.

The rejection of the finding in the Nystrom case was calm and measured, but equally firm. Australia again finds itself in breach of international law with no intention of bringing itself into compliance.

It provides yet another example of Australia's inconsistent approach to its legal obligations and to the rule of law at the international level. It also runs counter to Australia's bid for a seat on the UN Security Council.

The result is that someone such as Nystrom has no remedy when an international body finds Australia has breached their basic human rights.

The case also raises questions about what it means to be Australian. The legal definition is a narrow one. A person must be a citizen in order to avoid deportation, even where they are a full member of the community.

Deporting Nystrom to a country where he had only spent the first four weeks of his life, and did not speak the language, was not only a breach of international law, it was also inhumane. Nystrom was certainly a major problem. However, he was our problem rather than Sweden's.