Opinion ICC deserves help in seeking justice for all

Australia has a role to play in strengthening the International Criminal Court's global reach, argue Louise Chappell and Andrea Durbach. 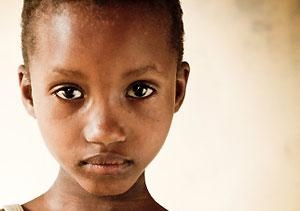 OPINION: Even the most cursory look at the crimes within the jurisdiction of the International Criminal Court makes one thing clear. Humankind's capacity to inflict unimaginable suffering upon its own is breathtaking. Yet far too few of the perpetrators of the very worst of such atrocities have ever been called to account.

A decade after the International Criminal Court was established in The Hague, amid great optimism about a new, just world order, not a single judgment has been handed down. The court's first judgment - in the case against Congolese warlord Thomas Lubanga Dyilo, the first person taken into custody by the court - is imminent, but it has taken almost six years to reach this point.

The recent ICC ruling on Kenya does challenge the immunity so long enjoyed by that nation's political elite. The court directed Uhuru Kenyatta, Kenya's Finance Minister and richest man and the son of the nation's founding president, and three others to stand trial for murder and rape over the orchestration of post-election violence in 2007 in which more than 1200 people died.

However, the ICC's founding vision of "justice for all" through the provision of courtrooms in which the most senior officials accused of heinous crimes against humanity must defend their actions remains a distant goal.

All 14 of the cases the ICC has on its books are in Africa, which can only reinforce the impression of a legal institution with too few teeth picking on the world's weakest states.

The ICC is also hampered by the geopolitics of international justice. The world's biggest powers, including the US, China and Russia, have not signed on, nor have many nations in our backyard, the Asia-Pacific region. This limits the court's reach and erodes the ideal of a globally endorsed set of standards for all.

The ICC has no shortage of detractors and its short-comings to date cannot be glossed over. However, such criticism is not particularly constructive; imperfect, yes, but it is difficult to argue that the world would be better off without a permanent international criminal justice process.

The horrors of Rwanda and the former Yugoslavia in the 1990s sufficiently galvanised the international community to establish temporary, ad hoc international criminal tribunals, just as World War II led to the Nuremberg and Tokyo trials. An agreed international system can only improve on such an arduous, often politicised, case-by-case approach by which justice can be done only once a despot has fallen.

This means the real challenge is to strengthen the ICC so it can better meet its brief.

Preliminary examinations being undertaken by the ICC in Afghanistan, Georgia, Guinea, Colombia, Palestine, Honduras, Nigeria and North Korea suggest the court can go beyond its Africa-centric beginnings.

The anticipated elevation to chief prosecutor of Fatou Bensouda, who has a reputation for resilience and as a champion of female victims of violence, also promises to consolidate the expansion of the court's reach.

How the ICC can deal with cases more swiftly is partly just a matter of time; in any new area of law the development of jurisprudence is initially slow, but the establishment of a suite of precedents will inevitably reduce delays.

For a middle power such as Australia, which has long been committed to the ICC, the question might be: what can we do? The most useful contribution Australia can make, apart from contributing expert personnel to the court, is to promote the ICC in its own region. Australian-led aid programs to strengthen demo-cratic and legal institutions and processes in neighbouring countries are a good start, but need to go further.

Key regional players, such as Indonesia, Thailand and India, are not signatories to the Rome Statute, which established the ICC, nor are a number of Pacific nations. Although 120 nations have now signed on, including the Philippines, Vanuatu and the Maldives only last year, the ICC will remain hobbled without the world's largest powers and influential Asian nations. It is in the Asia-Pacific region where Australian diplomacy can make a mark.

An International Criminal Court will never mean international police to turn to on every street corner; nor will most of the world's victims of crimes against humanity ever get their day in court. The toll that world wars, regional conflicts, guerilla wars, localised violence, state repression and terrorism took throughout the 20th century was unprecedented, and we have the weapons and imaginations to wreak even more grievous harm in future. But international laws do give us cause to pause and think, if only by establishing clearly what is wrong and who should be held to account.

Professor Louise Chappell and Associate Professor Andrea Durbach are co-convenors of the conference ''Justice for All?'' at UNSW.

This article was first published in The Age.