Tony Abbott's use of the word "illegal" to describe asylum seekers shines a spotlight on the Opposition's feeble grasp of international law, writes Jane McAdam. 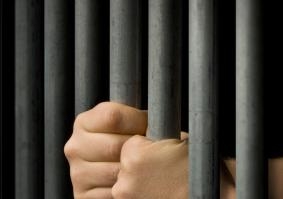 OPINION: While the Coalition may have hoped to score political points with the reappearance of its "illegal boats" billboard this week, it has shone a spotlight on its feeble grasp of international law. Opposition Leader Tony Abbott is wrong to say that the Refugee Convention says asylum seekers are "illegal".

It is true that the treaty uses the term "illegal", but the reason for doing so is to recognise that no matter what domestic law says, asylum seekers are not illegal under international law. By ratifying the Refugee Convention, governments agree precisely not to treat asylum seekers as illegal.

Under international law, people have a right to seek asylum from persecution and other serious human rights abuses. In turn, governments have an obligation not to send them to territories where they face a real chance of harm.

Being an asylum seeker gives you a legitimate excuse for not having a visa under Australian law. In fact, the very provision of the Refugee Convention that Tony Abbott relies upon, article 31, goes on to say that governments must not penalise asylum seekers for entering without a visa.

This is because the drafters of the Refugee Convention recognised that the very nature of refugee flight may mean that people arrive without travel documents. For instance, a government that persecutes you is hardly going to give you a passport to leave, and you will probably be too scared to apply for one.

Civilians fleeing war crimes in Syria are hardly going to be given a passport by President Assad's officials.

You cannot apply for a refugee visa before you leave a country because a "refugee" is, by definition, someone outside their country. Even if you cross a border, Australian embassies abroad cannot issue refugee visas to those on the move – such as people fleeing the Taliban in Afghanistan. Further, it is highly unlikely that refugees will be able to get a visa of any other kind, such as a tourist or work visa.

For example, an Iraqi who applies to an Australian embassy for such a visa will likely be screened out, precisely because of the assumption that they will claim asylum on arrival in Australia. It is a catch-22.

For these reasons, the Refugee Convention prohibits countries from imposing penalties on asylum seekers who enter without a passport or visa. Indeed, in some cases arrival without documentation may in fact help to demonstrate that a refugee claim is compelling and credible.

Article 31 is one of the most fundamental elements of the Refugee Convention precisely because it underscores the right of people in distress to seek protection – even if their actions constitute a breach of a country's domestic immigration laws.

Indeed, even the two international treaties on human trafficking and smuggling both make clear that being a victim of trafficking or smuggling must not negatively affect a person's right to claim asylum and receive protection.

The opposition's use of the term "illegal" is designed to tarnish people's perceptions about the legitimacy of asylum seekers' claims. It is language that dehumanises and criminalises. Invoking it is either ignorant or deliberately mischievous, since the act of seeking asylum is not a crime, but the right of every individual.

Jane McAdam is Scientia Professor of International Law at UNSW.