Indigenous women are often invisible in the administration of justice, posing a serious obstacle to rights to self-determination, UNSW law professor Megan Davis has told a United Nations panel. 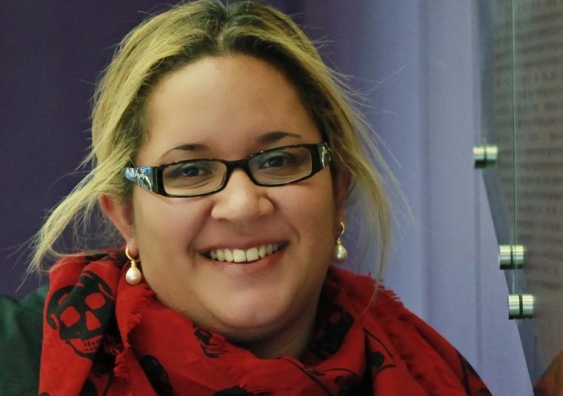 Indigenous women are often invisible in the administration of justice, posing a serious obstacle to basic freedoms and fundamental rights to self-determination, UNSW law professor Megan Davis has told a United Nations panel.

“This is especially the case in relation to access to justice,” said Davis, who is an elected member of the UN Permanent Forum on Indigenous Issues and the first Indigenous woman nominated by the Australian government to a UN body.

Speaking about her work as Rapporteur on Violence Against Indigenous Women, Professor Davis said ineffective access to justice for women, especially in the context of domestic violence, acted to exacerbate harm for indigenous women.

In Australia in the area of criminal law, rising statistics of incarceration or overrepresentation of indigenous women is a stark illustration of the problem.

“One of the main reasons women find themselves involved in the criminal justice system is in the context of domestic violence.  In many communities it is reported that there are cultural barriers to access to justice: discussion of violence against indigenous women by indigenous men is taboo and indigenous women [who speak out] are accused of being ‘disloyal’ or ‘corrupted by Western concepts’,” Davis said.

“Indigenous women face additional barriers in their attempts to report violence to authorities or press charges against perpetrators because it could mean losing a breadwinner or a main source of subsistence.”

In civil cases, there are insufficient services including legal aid to deal with civil matters for indigenous women. And, in the case of family law matters, indigenous women often have no access to legal representation, Davis said.

Professor Davis said a solution was to encourage Indigenous peoples themselves to find solutions.

Quoting from a report by United Nations Special Rapporteur on Indigenous Peoples Rights, James Anaya, she said “Indigenous peoples have a responsibility to work to rebuild strong and healthy relationships within their families and communities, and to take concerted measures to address social ills where these exist”.

In addition, “states should increase indigenous peoples own participation in the design, delivery and oversight of programmes aimed at preventing and providing remedies for violence against women and girls”.

Better data collection was also essential. “Lack of statistics in regard to issues of jurisdiction and policing create a significant obstacle to developing ways in which communities can work with authorities to deliver appropriate responses to victims of violence,” she said.