Indonesian migrant workers not able to access justice at home

The first international study to evaluate the redress options available to Indonesian workers who suffer abuse and exploitation abroad, recommends major legal reforms to improve their access to justice. 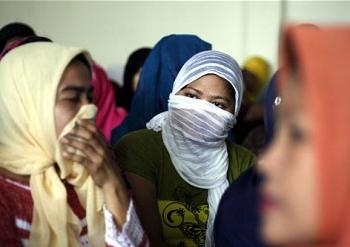 Every year, tens of thousands of low-wage Indonesian migrant workers suffer abuse and exploitation throughout the migration process. Very few are able to access justice abroad or at home after they return, according to a new international report released today.

Focusing on the most vulnerable and exploited group – migrant workers who go to the Middle East – the report reveals that private Indonesian recruitment businesses and insurers are rarely held responsible for workers being deceived about working conditions abroad, not receiving promised wages, or other common breaches of workers’ legal rights.

It found that while the government of Indonesia has established mechanisms to provide redress to migrant workers, such as compulsory private insurance and government-sponsored mediation with private recruitment agencies, the vast majority of workers are unaware of these options or face significant structural obstacles to accessing them.

Migrant Workers’ Access to Justice at Home: Indonesia is the first study to map and evaluate the redress options available in migrant workers’ own country, for harms that workers suffer before departure and while abroad. The report makes detailed recommendations to the Indonesian government and other stakeholders in 11 key areas, to improve migrant workers’ access to justice and accountability of the private sector involved in sending migrant workers abroad.

“Indonesia has shown a willingness to try to protect its citizens threatened with the death penalty abroad, such as Wilfrida Soik in Malaysia,” said the study’s lead author, Bassina Farbenblum, of the University of New South Wales (UNSW) Law School.

“But Indonesia’s support for its migrant workers should extend beyond death row cases to all workers whose rights have been breached. This support should include legal aid to workers staying in embassies, as well as ensuring that Indonesian migrant workers can enforce their rights in relation to recruiters and insurers at home.”

Indonesia sends approximately half a million migrant workers abroad each year, half to the Middle East. They are typically women from small cities or villages with limited education and work experience, hired to perform domestic work. Around one in seven returnees report problems upon return, although this is likely a significant underreporting.

“This report demonstrates the complexity of labour migration and the need for comprehensive reforms to prevent our migrant workers from falling back into poverty and debt upon return,” said Irman Lanti, Executive Director of Tifa Foundation, a funder of the report. “The report provides an evidence-based guide to improving access to justice in Indonesia, and may assist other countries of origin to do the same,” added Maria Teresa Rojas, Director of the Open Society Foundations’ International Migration Initiative, which commissioned the report.

Indonesia has demonstrated concern over treatment of its workers abroad. It has imposed moratoriums on key destination countries like Saudi Arabia and Malaysia because of mistreatment of migrant workers, ranging from non-payment of promised wages and denial of food and sleep, to work injuries and serious physical and sexual abuse, and in some cases death. And in 2012, Indonesia ratified the Convention on the Rights of All Migrant Workers and Members of their Families, strengthening workers’ rights.

The report’s findings are based on a review of law and policy in Indonesia, and extensive interviews with government, recruitment agencies, insurers, and civil society groups, as well as focus groups with 75 migrant workers and their families in four provinces.

Along with UNSW Law’s Bassina Farbenblum, the reports co-authors are senior law academics Eleanor Taylor-Nicholson (UNSW Law) and Sarah Paoletti (University of Pennsylvania Law School). The study was conducted in partnership with Indonesian researchers and was supported by Tifa Foundation and Open Society Foundations.

The full report, being launched today in Jakarta, is available here. 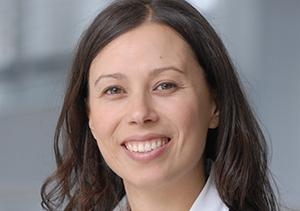