Opinion It’s about money, not morality

A focus on the large settlement payments in class actions misses a more important question: what proportion of shareholders’ actual losses is being compensated, asks Michael Legg. 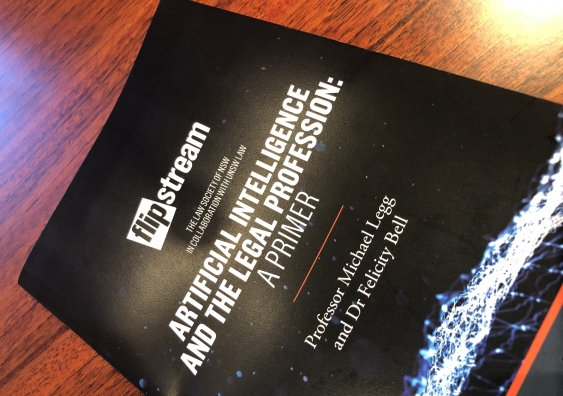 FLIPstream at UNSW Law addressed the seminar on the potential impacts of artificial intelligence on the legal profession.

Class actions have certainly resulted in some large settlement payments. The top four shareholder class action settlements in Australia are: the $200m Centro class action settlement, which included a contribution from PriceWaterhouseCoopers; the Aristocrat class action settlement of $144.5m; the Multiplex settlement of $110m and NAB, which is still subject to Court approval, but is reported to have settled for $115 million. All of these amounts include the lawyer’s fees of $31 million, $8.5 million, $11 million and $12.5 million (estimated) respectively, and the litigation funder’s cut, which is around 30% of the settlement after legal costs are deducted. Consequently, the amount of compensation available for the actual shareholders is much lower than the headline figure.

However, the concern is that the focus on the quantum of the settlement misses a more important question: what proportion of shareholders’ actual losses is being compensated? This requires a comparison between the settlement amount and the shareholders’ losses that are the subject of the claim. This comparison is made difficult because the law is unsettled as to how both causation and quantification of loss are to be determined in shareholder class actions. Nonetheless, the efficacy of shareholder class actions in achieving compensation means the comparison is essential.

Some judges have included this calculation in the settlement approval judgment. Settlements in class actions, unlike most litigation, need to be approved by the Court to ensure that the settlement is fair and reasonable. In the Multiplex case, Justice Finkelstein observed that the class members would recover in the order of 62 cents in the dollar of the ‘reasonable value’ of their claims. In the Oz Minerals settlement, Justice Emmett stated that the total settlement sum of $60 million equated to about 32% of the value of the claims if they were completely successful. However, most judgments do not include this important factor. For example, in the Centro class action, many estimates of the total size of the claim were $1 billion or more. If the $1 billion estimate (or more) is correct, then the $200m settlement equates to 20 cents in the dollar, or less. No such calculation is reported.

Many factors can have an impact on the size of a settlement relative to actual losses, but to understand whether a class action settlement is in the interests of shareholders, reference must be made to how the settlement compares to the losses suffered.

Class actions are also claimed to promote deterrence because they increase the possibility that contraventions are more likely to result in litigation and its related costs thus creating an incentive for corporations to comply with the law. Those costs include both the payment of a settlement or judgment and reputational effects. A significant settlement may indicate that there is merit to an allegation and the law has been violated. But if that settlement equates to only a fraction of the actual losses, then deterrence is undermined.

The impact on reputation comes from the association with wrongdoing. One exuberant lawyer has stated that “those who steal from shops are criminals. Those who mislead, deceive or breach the Corporations Act disclosure requirements are generally no better than common criminals”.

The problem with equating shareholder class actions with any sort of moral condemnation is that the alleged contraventions that are relied on are not about fraud, nor even negligence.

There is no requirement to show intent in relation to the prohibitions on misleading or deceptive conduct. The provisions are drafted so as to be concerned with consequences rather than the contravener’s state of mind. In relation to the original misleading and deceptive provision, section 52 of the Trade Practices Act, on which the corporations law provisions are based, the High Court observed that conduct not intended to mislead or deceive and which was engaged in “honestly and reasonably” might nevertheless contravene section 52.

The Australian shareholder class action does not equate with securities fraud. The focus is consumer protection and fostering an informed market rather than seeking to demonstrate moral turpitude. To be added to the lack of a moral element in the underlying law, all shareholder class actions to date have been concluded by settlement and settlements are almost always on the basis that there is no admission of liability.

The legislature has created laws without reference to fault to protect the consumers of corporate information by lowering the bar for proving a contravention. As a result, both the role and meaning of a shareholder class action is defined by the amounts of money paid. It is crucial to know what a settlement amount means for shareholders.

Michael Legg is an Associate Professor in the Centre for Law, Margets and Regulation at UNSW.