Opinion As John Kennedy understood, the union movement’s worst enemies can lie within

Decent trade unionists should embrace the opportunity that is now presented to showcase modern standards of governance and accountability that will guarantee another century of service, writes Robert McClelland. 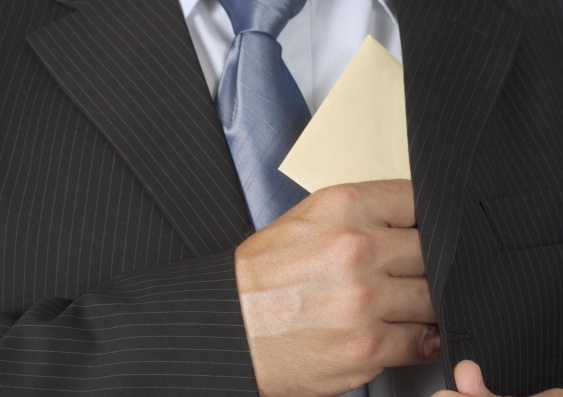 OPINION: Recent events concerning allegations of impropriety on the part of several high-profile trade union officials (including two who received custodial sentences) has put the issue of union governance and accountability under the spotlight. Like it or not there are likely to be further adverse findings made by the Royal Commission into Trade Union Governance and Corruption.

Most proactive union officials recognise that reality and understand that it is more important than ever to make sure their ­structures and processes of ­accountability are not just ­adequate — they must be best practice to ­rebuild the confidence of members and the public in these vital institutions.

I have long held the view that those who support organised labour have the greatest obligation to ensure that trade unions are properly administered and, above all else, focus on advancing the interests of their members.

In forming that view I have been heavily influenced by US president John F. Kennedy and his brother Robert, who played a major role in uncovering and ­addressing endemic corruption in labour organisations in the US.

Both men were significant players in the largest inquiry into corruption in organised labour ­unions, which took place in the late 1950s. John Kennedy, then a US senator for Massachusetts, was a member of the committee of inquiry and his brother Bobby was retained as counsel assisting the committee.

The corrupt activities uncovered were dramatic, extensive and entrenched, and became the subject of a movie called Hoffa, starring Jack Nicholson as Jimmy Hoffa, president of the then not­or­ious International Brotherhood of Teamsters.

The revelations of the inquiry were also the subject of a book written by Robert Kennedy entitled The Enemy Within. The theme of the book was that the enemies of the labour movement were those limited number of corrupt officials who sought to exploit their positions of power and influence at the expense of members — not those who actually uncovered and ­addressed corrupt practices.

One of the most significant reforms to come out of the committee of inquiry was the enactment of the Labor-Management Reporting and Disclosure Act of 1959, also known as the Landrum-Griffin Act.

The act confirmed that all officers of labour organisations “occupy positions of trust” and “fiduciary responsibility” in relation to their organisations and its members.

In commenting on the Landrum-Griffin Act, John Kennedy emphasised the particular maladies that it was intended to eradicate, saying: “Of course, no bill, under our constitution, can eliminate Jimmy Hoffa ... (in fact, others did). But we can eliminate their conflict of interest transactions, their destruction of union books, their manipulation of trusteeships ... their use of union funds to build personal financial empires, their private arrangements with employers and their falsification of union ­reports.”

John Kennedy’s statements about the importance of responsible unionism to economic prosperity are just as relevant to modern Australia, where registered trade unions, for more than a century, have been the backbone of our industrial relations system.

Their importance to the economic prosperity of our nation and matters of social justice should not be underestimated.

Just as it was when John and Robert Kennedy took up the cudgels on behalf of decent unionism in the US, here in modern-day Australia the overwhelming majority of registered organisations are well run by committed and competent people.

Most accept that those who support organised labour have a special obligation to ensure that industrial associations operate effectively and with decency and propriety.

There is considerable disquiet in many sections of the broader labour movement about the establishment of the Heydon royal commission.

However, it is naive in the extreme not to recognise that the conduct of a very small self-serving minority has affected the confidence of working Australians in the union movement as a whole.

This loss of public faith can be turned around only if trade unions recognise that the forensic gaze of the public commission of inquiry is in fact an opportunity.

Where poor practice and corrupt conduct is identified, it should be immediately addressed.

In fact many trade unions are already re-examining their internal practices and structures to ­ensure that they are as democratic and as transparent as they possibly can be.

While a small minority have exploited their positions to liberate themselves from economic hardship, the overwhelming majority of decent trade union officials work from dawn to dusk to improve the working conditions and job security of their members.

Those decent trade unionists should embrace the opportunity that is now presented to showcase modern standards of governance and accountability that will guarantee another century of service by these important institutions.

Robert McClelland is a former commonwealth attorney-general and a Visiting Fellow at UNSW.

ICAC is an investigator not a prosecutor

Why allowing room to move could liberate the Fair Work Act