Two former Federal Court judges are trading the courtroom for the classroom to join UNSW Law’s teaching and research ranks this year. 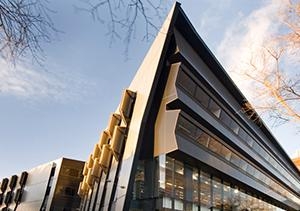 Two former Federal Court judges are trading the courtroom for the classroom to join UNSW Law’s teaching and research ranks this year.

The Hon Ronald Sackville QC AO and the Hon Margaret Stone take up their teaching positions this month.

Combined, they bring almost 30 years of experience from the Federal Court of Australia to the Law School, where they have both taught previously.

They join other distinguished legal identities in residence, including Justice Keith Mason AO and Nicholas Cowdery AM.

Justice Stone returns to UNSW Law after a 12-year career at the bench where she specialised in taxation, corporations and intellectual property law.

Prior to joining the judiciary she had a distinguished academic career, teaching at the Law School for over 15 years, including a role as Sub-Dean in 1981.

Justice Sackville was Dean of UNSW Law from 1979 to 1981 and went on to become Chairman of the New South Wales Law Reform Commission until 1984. The next year he was called to the bar and was elevated to Queen’s Counsel in 1991.

In 1994 he embarked on a 15-year career in the Federal Court, and has also served on numerous government commissions of inquiry.

In 2009, all these achievements were recognised with the title of Officer of the Order of Australia (AO).

Justice Sackville will speak about his career at the public lecture series, Justice Talks, in late March.