There is an old truism about prisons: if you build them, you will fill them. But there are better ways to invest in a better, safer society, write Sarah Hopkins and Gino Vumbaca. 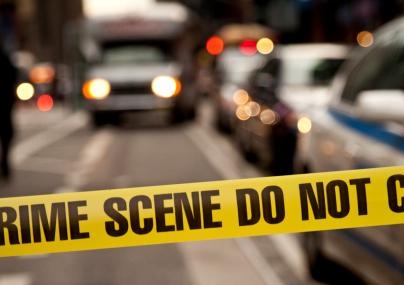 OPINION: A number of reports, most recently Victorian and NSW crime statistics, show crime rates are falling. But as election time looms in these states, their governments' focus on tough law-and-order policies is swelling the prison population beyond capacity.

A lot of people will shrug their shoulders and wonder what the fuss is about. People who commit crimes go to prison and this makes the community safer. What they fail to consider is the very real downside: a bigger drain on the public purse and a bad social outcome.

Make no mistake, the rate of growth in prison numbers in NSW and Victoria, as well Queensland and other states, is going to cost all of us a lot of money.

Prisons built at cost of other investments

When leaders declare themselves “infrastructure premiers”, we don’t think they or anyone else thought they meant as prison builders. But Australia needs to build at least one prison somewhere each year to cope with the growth – at A$300 million on average for each new prison. In the world of capital investment, choices are made and whenever we spend taxpayer dollars on a prison we forgo investment in another area.

In California, and many other states in the US, this has meant prison investments outstripping any other capital investments. More is spent on prisons than higher education as a consequence. No-one could really suggest that this is the best option for our tax dollars.

It’s important to understand the point in the state crime figures: prison number increases are not due to a surge of crime. What drives the increase is a mix of policing enforcement and tougher sentencing and parole policies.

We need to move beyond discussion on where to build a prison each time we reach capacity as this just means lost infrastructure opportunities. There is an old truism about prisons: if you build them, you will fill them. Just ask the ACT government, which reached capacity in the territory’s first and only prison well before the projections predicted.

Let’s be clear: there are people who need to be separated from society, but we need to look at who ends up in prison and why. Only then can we start to change this costly game where only the prison industry companies win. And when we do look at who fills our prisons we see the over-representation of Aboriginal people, people with drug problems, people with disabilities, the mentally ill, disadvantaged and homeless.

Why not invest in a better, safer society?

The common factor for these prisoners – apart from poverty and limited opportunities – is the availability of more effective and much more inexpensive responses than prison. Because that is the other thing we know: for these people, prison is not an effective tool in reducing re-offending. What prisons offer are literally tens of thousands of people churning through the system each year, high re-offending rates, unprepared release back into the community and poor impacts on community safety.

If we want a safer community, we need to make much smarter investment choices and prioritise crime prevention. What does work is properly funded, evidence-based programs.

Yet these programs receive little in comparison to what governments spend on the prison option. Even less is spent on programs that can reduce the likelihood of young people entering a life spent in the police, court and prison revolving door. This sucks out enormous amounts from the public purse over a lifetime.

If you ever wondered how law-and-order and election cycle dysfunction works just look at Victoria and the response to methamphetamines (ice). A well-considered state parliamentary report highlights the importance of prevention, education and treatment in any response. Yet political promises, concerned about looking “soft” in the face of ongoing media reports of crisis, are overwhelmingly geared towards law enforcement, with treatment and prevention given the crumbs.

We need to start looking at the problem from a different angle. That means tackling the underlying causes of crime and improving outcomes for both individuals and communities.

Money that would have been spent on the criminal justice system is reinvested in education, treatment and other programs and services that tackle the causes of crime. When implemented properly, justice reinvestment benefits entire communities, not just individuals.

Justice reinvestment is not a panacea, but it is a much wiser investment than a new prison every year from a law-and-order auction every election.

Sarah Hopkins is a lecturer in the School of Law at UNSW. Gino Vumbaca is executive director of the Australian National Council on Drugs.