ASIO's powers are exceptional and deeply troubling. The detention in secret of non-suspects is more consistent with the apparatus of a police state and they should be repealed, writes George Williams. 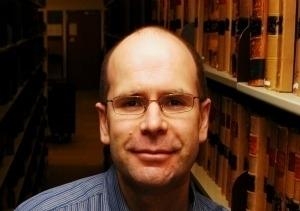 OPINION: The Australian Security Intelligence Organisation is calling for more power. It wants the law to require telecommunications companies to store phone and internet data for two years. ASIO says this is needed due to technological developments and that it will use the data to better identify and investigate threats to Australia's security.

I am sympathetic to the idea we sometimes need to change, and even expand, the powers of our security agencies. We should be alert to the fact terrorists and others intending harm will exploit new technologies.

Unfortunately, this only ever goes one way. Calls are routinely made to give bodies like ASIO extra authority but this is not matched by a willingness to wind back existing powers that have become unnecessary or even dangerous.

Soon after the Bali attack in 2002, ASIO was granted ''special powers'' to seek two types of warrants. A questioning warrant compels someone to appear for up to 24 hours of questioning where this may ''substantially assist the collection of intelligence that is important in relation to a terrorism offence''.

This can be issued against any person, not just terrorist suspects. For example, ASIO can question someone about the activities of a family member, a journalist about a source or a priest about what they have heard in the confession box. The person has no right to silence and failing to answer is punishable by five years in jail.

ASIO can also apply for a detention warrant. This allows someone to be held in secret and questioned for up to a week. This could be applied to a journalist who might destroy their notes to protect a source, or a person who might not turn up for questioning so as to avoid talking about a relative.

In detention, a person cannot contact their family, friends or employer. They simply disappear for up to a week. They have the right to a lawyer but their choice can be vetoed on national security grounds and questioning can start before their lawyer arrives.

The person is kept in the dark as to why they are being held. They are not told why the warrant has been issued against them and their lawyer cannot ask questions or intervene in questioning, except to request clarification of an ambiguous question. All contact between the person and their lawyer must also occur in a way that can be monitored.

This whole process is cloaked in secrecy. While a warrant is on foot, and for two years afterwards, it is an offence to disclose ''operational information'' about a person's questioning or detention. The penalty is five years' imprisonment.

The ''operational information'' that cannot be revealed is extremely broad and also vague. Cryptically, it includes any ''information that the organisation has or had''. A journalist might be imprisoned for reporting on a person's questioning or detention even when the story shows that ASIO has misused its powers.

ASIO's powers are exceptional and deeply troubling. The law should not permit Australians not suspected of any crime to be detained in secret and subjected to coercive questioning on pain of imprisonment. The long experience of other nations shows that there are grave dangers in allowing the government a power of this kind.

It would not be acceptable for a state police force to detain people in secret for days, nor should it be for ASIO. Imagine the outcry if it was suggested that the NSW police should have the power to hold people incommunicado for a week in order to extract information from them about their family members.

In any event, ASIO does not need these powers. Only one questioning warrant has been issued since 2006 and ASIO has never used its power of detention. The inescapable conclusion is that ASIO does not regard the powers as particularly useful.

ASIO is also aware that detaining Australian citizens in secret will lead to a community outcry, should people ever become aware of it.

The case of Dr Mohamed Haneef demonstrates how the use of extraordinary powers that contravene community standards can cause considerable damage to the reputation of government agencies.

People are rightly surprised to hear that ASIO has ''special'' powers of this kind. The detention in secret of non-suspects is more consistent with the apparatus of a police state, such as General Pinochet's Chile, than the laws of a modern democracy. The powers are unsafe and have no place in Australia. They should be repealed.

George Williams is a Professor of Law at UNSW. On Friday, he launched the NSW Council for Civil Liberties' ASIO campaign.