Opinion Law must lock out the condo-raiders

Why should apartment owners be vulnerable to the loss of their home in a way that owners of freestanding houses never are, asks Cathy Sherry. 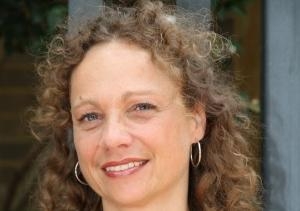 OPINION: One apartment owner in a rundown strata building should not necessarily be able to stop the neighbours selling up, but unless we include a few safeguards, mooted strata law reforms could lay the table for another developer's feast.

The problem is this: before a strata scheme can be redeveloped, unless there is a Supreme Court order, all owners and mortgagees need to agree. In practice this happens when a developer buys all the apartments in a scheme and agrees with himself to terminate. However, problems arise when Mrs Smith in unit 7 refuses to sell.

From one perspective, this is simply the right of any property owner. Contrary to common belief, strata is freehold, registered Torrens title, just like any freestanding house in the suburbs.

Instead of buying shares in a company that owns a building (company title), the legislation creates freehold, registered Torrens titles to individual apartments. If you lived in the suburbs and a developer wanted to buy your neighbours' houses but was only prepared to do so if they could buy yours as well, you would be outraged if your neighbours could vote to force you to sell your home to facilitate the sale of theirs.

Why should apartment owners be vulnerable to the loss of their home in a way that owners of freestanding houses never are?

One reason is the ownership of common property. When you buy an apartment, you immediately become a co-owner of the fabric of the building and have a strict statutory duty to maintain it. Despite this duty, many strata schemes have not been maintained and repairing them is like moving the deckchairs on the Titanic. The building simply needs to be demolished.

By refusing to sell to a developer, Mrs Smith is holding her neighbours hostage to ever-spiralling and futile maintenance costs. The fairest thing would be for the building to be sold and the proceeds divided. This could be achieved by allowing termination and sale on a less than unanimous agreement, for example 80 per cent.

The risk is predatory developer practice. As sure as the sun will rise, developers will try to maximise their profit, frequently at the expense of individual citizens. History is replete with examples of beneficial changes to property law that produced damaging outcomes when developers got in on the act, from the conversion of boarding houses into strata-titled properties in Sydney in the 1960s and 1970s to the present conversion of long-leasehold properties into freehold in England.

Lowering the termination threshold will motivate developers to buy apartments in perfectly adequate buildings that possibly are undercapitalised. Prime targets would be beach or harbour-front buildings that may not have serious defects but which could be replaced with more expensive and/or higher density apartments.

It is hard to understand why legislation should facilitate the loss of people's homes so a developer can make a lot of money putting more expensive apartments on the site. Lower termination thresholds, therefore, should only apply when there is some benefit in addition to profit. This could be achieved by tying lower thresholds to building standards, or to the ability and willingness of the owners to carry out the necessary repairs.

The redevelopment of older strata schemes will also lead to the loss of lower-cost housing and the displacement of residents. People who live in run-down, low-density apartment blocks are not going to be able to afford brand-new apartments on the redeveloped site. They have to live somewhere, and the government must anticipate this problem.

En-bloc sales to developers in Singapore are frequently trotted out as a model for here but, at the risk of making an understatement, Singapore has greater pressure on land; 5 million people on 700 square kilometres in contrast to Sydney's 4½ million on 4000 sq km.

Further, while the Singaporean model has led to higher-density redevelopment, it has also caused astronomical rises in rents and much litigation. There are huge tensions between owner-occupiers and investors, in particular "condo-raiders", who buy up apartments in order to push for an en-bloc sale.

Since 51 per cent of strata properties in Sydney are investor-owned, it is inevitable that a change in the legislation here would produce exactly the same problems.

Overall, I am in favour of lowering termination thresholds, but only with strict limitations on the ability of developers to exploit the change.

No one should lose their home unless there are clear benefits, other than to developers' and investors' profits.

While it is a developer's job to make as much money as it can, it is the elected legislature's job to ensure that profit does not come at the expense of individuals. Strata owners have already seen too much of that.

Cathy Sherry is a Senior Lecturer in UNSW's Faculty of Law.