Opinion Let's not round up the usual suspects

For all the heartache, media coverage and long legal argument, we are no closer to knowing how Caroline Byrne met her death at The Gap, writes Professor David Dixon. 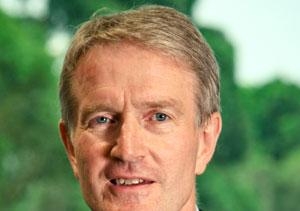 OPINION: For all the heartache, media coverage and long legal argument, we are no closer to knowing how Caroline Byrne met her death at The Gap in 1995. But to follow recent commentators in blaming the prosecutor or even the jury for this continuing uncertainty risks repeating the mistake that led to the wrongful conviction of Gordon Wood, and a long list of other miscarriages of justice around the world.

Scientific experts have played their part, bolstering the prosecution's case with the apparent certainty of science. From the ''nitroglycerine'' on the hands of the Birmingham Six (actually residue from playing cards), which contributed to their wrongful conviction for planting IRA bombs in 1974, to the ''blood'' in the Chamberlains' car (actually rust) to the ''throwing'' of Byrne, courts have eventually had to recognise the limits of science's certainty.

Case theories can be encouraged by a suspect's failure to fit social norms - by belonging to a unfamiliar group such as the Ananda Marga in the Hilton bombing cases, or by failing to fit the maternal stereotype in displaying emotion as in Lindy Chamberlain's case, or having newsworthy associates, as in Wood's case.

The best explanation for such theories is not malevolence or incompetence, although these sometimes come into play. It is the way we think. We tend to look for factors that align with our assumptions and beliefs and to overlook those that don't.

Such assumptions are encouraged by social and media pressure, demanding that the authorities identify and hold to account the perpetrators of appalling crimes. Primed by a slew of TV detective shows in which the crime is solved and the criminal arrested, charged and convicted within a convenient viewing hour, we expect our police, prosecutors and courts to produce timely results. If they get it wrong, we demand the same neat accountability and immediately cast around for someone to blame.

The fact that society searches for certainty and that police and prosecutors make assumptions is neither surprising nor blameworthy. The issue is how we prevent those factors breeding miscarriages. The way police interrogation of suspects has developed shows that something can be done.

Old-school detectives would say ''pull them in, the brief will only get better''. Coercive interrogation techniques will make suspects confess, but the results of such confessions are not reliable. British police learnt this from the bitter lesson of miscarriages of justice in which innocent people were coerced into confessing, while the guilty went free.

Unlike most police in the US, who continue to use interrogation techniques designed to confirm ''case theories'' (and which produce wrongful convictions, including of more than 25 people saved from death row), British police developed new questioning techniques which produce new information, rather than merely the suspect's acceptance of a case theory. Such techniques are now widely adopted as standard in Australia, making it much harder for case theories to lead to unreliable confessions.

Similarly, the TV model of the detective who solves the crime single-handed is being replaced in policing practice by investigative teams which are structured so case theories are challenged and alternative explanations not discounted. Such reforms may be much less newsworthy than abolishing the jury, but they address the real issues.

It is not surprising that the Wood case has prompted a new search for answers. But if we want to reduce the risk of such miscarriages of justice we need to step back far enough to see the bigger picture. By pointing the finger at an expert witness or at the jury, as some have recently done, we are effectively ''solving'' the crime of process failure by rounding up suspects and pinning the blame on them, thus falling into the same old trap of seeking a simple answer where there may be none.

Saying we need ''closure'' has become one of the cliches of our time. We have to accept that sometimes we won't get it, and that uncertainty is preferable to a wrongful conviction.

Professor David Dixon is Dean of Law at UNSW.