Opinion Lifting the veil on a court's injustice

Jury trial is about involving the community in the process of determining guilt or innocence. So why did a UK court prohibit a woman in a veil from fulfilling her civic duty, asks Dr Fergal Davis. 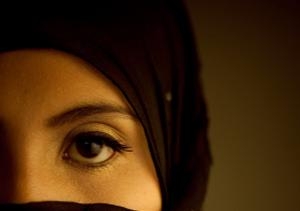 OPINION: The decision of some Muslim women to wear a full-face veil or similar covering has caused controversy for many Western states. In France there have been legal attempts to ban the wearing of such garments in public. In Australia the issue has centred on granting police powers to “lift the veil”.

Now, in a variation on the theme, a British judge has stood down a juror because she was wearing a niqab – a full-face veil.

Regulations on the wearing of veils in UK courts were issued in 2007. In relation to jurors, the regulations state: ‘‘If a person’s face is almost fully covered, a judge may have to consider if any steps are required to ensure effective participation and a fair hearing – both for the woman wearing a niqab and for other parties in the proceedings.’’

It appears the judge took the most drastic step of all – giving the juror her marching orders.

Many would remember the New South Wales case of Carnita Matthews. Matthews was stopped by police for failing to display her P-plates. She claimed the officer who stopped her had attempted to forcibly remove her veil. That claim was later proved to be untrue. Matthews was convicted of making a false statement. On appeal she successfully argued it could not be proved that she was in fact the person in the burqa making the false statement.

As a result of this rather unusual case the law was changed in NSW. As Premier Barry O’Farrell put it: ‘‘I don’t care whether a person is wearing a motorcycle helmet, a burqa, niqab, face veil or anything else, the police should be allowed to require those people to make their identification clear.’’

NSW police are now permitted to request that a person wearing a veil for religious reasons remove it so they can be positively identified. Western Australia adopted a similar measure requiring the removal of face veils for the purposes of legal identification. Queensland, on the other hand, felt that current laws were sufficient to meet the problem. Muslim community leaders accepted the logical necessity of these decisions and legal experts stated the laws would be constitutional.

But the British case appears to be something quite different. Muslim lawyers in the UK are permitted to wear a full-face veil so long as they can be heard. So why are jurors being treated differently?

As with Matthews’ case, the key issue here would seem to be one of identifying the juror to ensure that it is the same person for the duration of the trial. However, there are obvious solutions to that problem – a female officer of the court could surely confirm the juror’s identity.

Excluding jurors is a particularly sensitive issue when we think about the wider role of trial by jury. Juries are about much more than simply determining matters of guilt or innocence – although that is part of their function. Jury trial is about involving members of the community in the process of determining guilt or innocence.

In the 19th century, NSW governor Lachlan Macquarie and the emancipists argued that serving on a jury could play a role in rehabilitating a former convict and making them part of society. The French philosopher Alexis de Tocqueville described the jury as a most republican institution because it involves the governed in the process of governing.

Moreover, research demonstrates that serving on a jury has a positive impact on people’s involvement with civil society. For example, in countries where voting is not compulsory, people are more likely to vote after serving on a jury then they were before.

Seen in that light, excluding someone from jury service is likely to have a detrimental effect on their engagement with “civil society”.

Admittedly, Australian courts have held that a witness may be compelled to remove a niqab. However, that was predominantly because the niqab would prevent the jury from assessing the credibility of the witness. It is much less clear why a juror could not cover her face.

The High Court of Australia has stated that the constitutional guarantee of a right to trial by jury is a right “of the community as a whole as well as for the benefit of the particular accused”. The High Court’s emphasis on the community as a whole is significant. The jury is about involving people in the process of governing. The actions of the British judge sends a message that women who wear the niqab are excluded from the process of governing.

Arguably, the states’ legislation is a proportionate response to the problem of establishing a person’s identity.  Similarly, the decision to compel a witness to remove their veil is necessary for the administration of justice, but the jury is different. A juror can do her job behind her veil with no impediment to justice.

Excluding these women from serving on juries would be wrong. Rather than removing the niqab, we might want to think about lifting the veil on prejudice.

Fergal Davis is a senior lecturer in UNSW's Faculty of Law and a member of the ARC Laureate Fellowship: Anti-Terror Laws and the Democratic Challenge project in the Gilbert + Tobin centre of public law.

This article first appeard in The National Times.

Nation's very foundation built on right to choose own god