Australia needs to reform its system of government. The failure to do so is costing the nation billions of dollars a year and compromising our ability to realise our economic and social goals, argues George Williams. 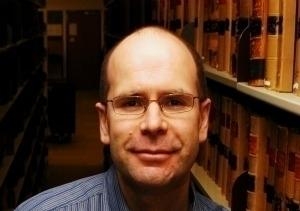 OPINION: The end of the year has seen a burst of government reform activity: a review into GST payments was released last week, while the federal Parliament has established inquiries over the summer on constitutional recognition of Aborigines and local government. This Friday, there will be a meeting of Australia's political leaders at the Council of Australian Governments.

Reform of the constitution and government is usually driven by immediate political agendas and ad hoc, reactive decision-making. The GST review was prompted by criticism from state premiers of the tax carve-up. The proposals for constitutional reform emerged out of the agreement Julia Gillard signed with the Greens and independent members to secure their support following the last federal election.

Australia needs to reform its system of government. The failure to do so is costing the nation billions of dollars a year and compromising our ability to realise our economic and social goals.

Unfortunately, how we go about reform is getting in the way of actually achieving it. As a result, there is relatively little to show for the large amount of money we have spent in this area over past decades.

Australia has never put in place the processes and mechanisms needed to drive change in a more systematic and effective way. The costs of this are enormous.

A good example is the federal system. Both sides of politics accept that it is broken, with Tony Abbott describing it as ''Australia's biggest political problem''. The cost to the economy of our dysfunctional system has been calculated at $20 billion a year.

At a time when economic growth is at a premium, this amounts to an annual 3 per cent drag on our gross domestic product.

Clawing this back could partially provide the money needed for our schools and the National Disability Insurance Scheme. We should make government work more efficiently and effectively before seeking to raise taxes.

Our failure to address this problem has led to a strong sense of frustration. A speech by Paul McClintock, the outgoing head of the COAG Reform Council, was frank in this regard.

He spoke of Australia going backwards when it came to creating a mature federation, and said the ''silence of COAG members'' on such matters ''is telling''. It seems that as the necessity of reform has increased, so too has our inability to bring this about.

People share this concern. They are aware that there is something very wrong with how they are governed. The Australian constitutional values survey conducted this year by Griffith University shows a sharp decline in confidence in our federal system. Two-thirds of Australians do not believe federal and state governments are working well together.

There is a high level of unmet demand for federal reform. Australians have come to understand that how much tax they pay and the quality of their schools and hospitals is inextricably linked to the state of the federation. Yet, as McClintock says, ''we are neglecting the unavoidable avenue to success of any Australian vision - our federal system of government''.

As a result, questions of vital importance to the nation remain unanswered. These include the long term role of the states in a federation dominated by the financial clout of the Commonwealth.

Just as we have bodies such as the Productivity Commission to help identify and refine economic reforms, so too do we need such institutions in this area. This would be a major break from the norm, whereby ideas emerge somewhat randomly out of the hurly-burly of daily politics and then, not surprisingly, founder.

Australia should establish a small, continuing constitutional review commission charged with reviewing the constitution and our federal system of government. It should generate proposals for reform, consult with the public and make recommendations to COAG and our parliaments.

Where change to the constitution is required, these recommendations should feed into a regular, popular constitutional convention held once each decade or ''half-generation''. The convention should consider the recommendations of the commission as well as proposals put to it by the Federal Parliament, the states or by petition of many Australians.

Commissions and conventions do not come cheap, but they cost far less than the money we already spend on failed attempts at reform. The price is also minuscule compared with the potential benefits.

These processes would involve the public and experts, and generate ideas and momentum that could extend beyond the life of any one parliament. This type of long-term, systematic approach is needed to generate the ideas and support required to finally begin reforming the way in which we are governed.