Opinion Maybe elite schools are just another form of apartheid

The talent demonstrated at the annual NSW School Spectacular highlight a glaring mismatch between perceptions of public education and reality, writes Cathy Sherry. 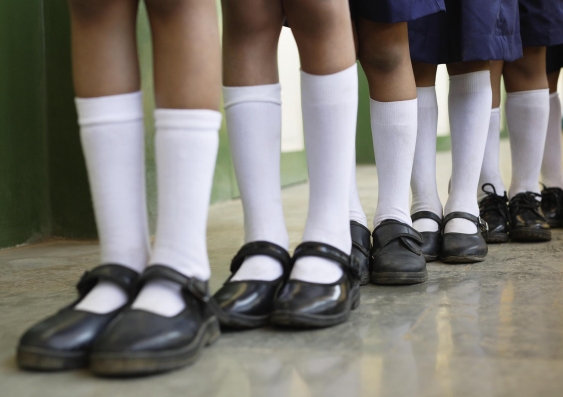 OPINION: Watching the NSW School Spectacular last month, I was struck by the peculiar nature of educational debate in Australia.

For those who have never seen School Spectacular, it is the musical extravaganza produced by the NSW Department of Education each year. It involves more than 3500 students, from primary through high school, from all over the state. There is a 1300-voice choir, an 80-piece orchestra and 2000 dancers, as well as specialist performance groups from the department's Arts Unit and a range of solo artists. It is a triumph of organisation and hard work on the part of hundreds of teachers who co-ordinate rehearsals all over Sydney and via video link in rural areas. The thousands of students participating are committed and engaged, as are their families.

School Spec made me think about educational debates, because there is such a glaring mismatch between the show and perceptions of public education. Increasing numbers of parents opt for private schools, particularly in high school, because they believe public schools are inferior in both the academic and extracurricular spheres.

Despite the perception of superior extracurricular activities in private schools, I have never seen a private school production that comes close to the standard of Schools Spec. My own private school put a premium on music, holding our music festival each year at the Opera House and, in a fit of musically inspired religious tolerance, our carol service at St Mary's Cathedral (the acoustics were better than the protestant alternatives). There were entire houses on the school grounds populated by music teachers of all varieties and yet nothing we did was a patch on School Spec. One of my children attended a similarly musically focused private school, and while their productions were impressive, they were provincial in comparison with the public school alternative.

The limited pond of private schooling includes sport, on which "elite" schools have traditionally prided themselves. The private school netball competition, in which my daughter was compelled to play, drove me to distraction. There were simply not enough girls competing to grade the teams properly within the school or within the competition. In contrast, the local netball competition has about 1000 girls competing every Saturday. It's a genuine competition. In recognition of the limited nature of their own sporting ponds, private schools increasingly place their teams in local comps, which begs the question, why are parents paying $20,000 a year for opportunities their children can get for the price of local comp registration? GPS schools don't import sport stars from Mars; they import most from the public school system, which has clearly not harmed their talent.

As an academic, my concerns about education are ultimately not about music or sport – they are about academic achievement. I worry that our uncritical acceptance of dividing children into tiny ponds is inimical to optimal intellectual development, because students are not exposed to a normal cohort. For example, what if the local school divided all the children into different religious groups and allocated classes accordingly? The Catholics only learning maths with other Catholics; the Islamic students only studying English with those of their own faith? How about dividing children by socio-economic background? All with family incomes above $100,000 in one stream. It sounds preposterous and yet we routinely do this for our children's entire schooling. There are children who will never sit next to a Muslim or a Catholic child; never strike up a friendship with a child from a radically different economic background; never have an opportunity to learn about those children's families, or be challenged by the fact some of those children are smarter, faster, and more talented than they are. How can that possibly be a good education, either for a child or for our country?

It is inevitable that private schools will tell parents they are better than other schools, both private and public. That their students are better behaved, come from more educationally committed families, that their teachers are more professional. They have to tell parents that, otherwise there would be no incentive to pay the fees.

For those who believe this mantra, but have never sent their child to a public high school, check out the School Spec archive online or book a ticket for next year's show. As you watch the shining, smiling faces of thousands of engaged singers, dancers and musicians, ask yourself, "Could this really be the product of a failing education system?"

Cathy Sherry is a senior lecturer in the Faculty of Law, UNSW.