Mike Baird has announced changes to the state's political finance laws,but they may be overturned by a constitutional challenge lodged by former Newcastle lord mayor Jeff McCloy, writes George Williams. 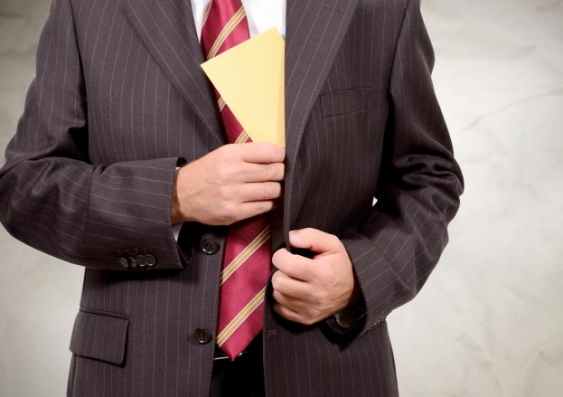 OPINION: Last week NSW Premier Mike Baird announced changes to the state's political finance laws. They amount only to an interim measure, with long term reforms to follow based upon the report of the government's expert panel on political donations chaired by Kerry Schott.

Looming over both is the constitutional challenge lodged in July by former Newcastle Mayor Jeff McCloy. His case has the potential not only to frustrate these changes, but to derail ICAC's ongoing investigation into developer donations and political corruption.

Evidence tendered before ICAC shows that McCloy is a property developer who has made a number of political donations. Indeed, he has said of the state's politicians: "They all come to see me for money, I feel like a walking ATM some days."

NSW electoral funding rules ban property developers from making political donations. As a result, McCloy faces the prospect of being found by ICAC to have engaged in "corrupt conduct". Rather than await such a finding, he has launched a pre-emptive strike in the High Court. His argument is that the ban is invalid, and thus that there is no law in place to prevent him as a developer from making political donations. If he succeeds, the ICAC cases against him and the politicians who accepted such donations could unravel.

In recent weeks, McCloy has broadened his challenge. He has done so because his case overlooked another ground upon which he may have broken the election rules.

McCloy's case is far from fanciful. In December 2013, the High Court unanimously struck down a NSW ban on political donations by corporations, unions, and any person not on the electoral roll. The challenge succeeded on the basis that the ban infringed the Constitution's guarantee of freedom of political communication.

However, this is not enough to have the law struck down. The law will be saved if the NSW government can show that it is a proportionate response to addressing a legitimate purpose.

The ban on union and corporate donations failed this test because the Court found that it was not directed at preventing corruption, and indeed that it lacked any justifying purpose at all. By contrast, the ban on developer donations can be seen more readily as a measure aimed at stopping corruption. Certainly, the ban was introduced in response to scandals showing how developers can exert undue influence over politicians.

If the court accepts that the law has this purpose, it must then determine whether the law is proportionate to achieving this aim. This is harder to determine. The ban has a wide ambit, not only in applying to developers and their associates, but even to their spouses. The ban might also be seen as discriminatory because, along with the bans on donations from tobacco, liquor and gambling interests, it singles out particular donors, while leaving others untouched. All up, the likely outcome in the High Court is very difficult to predict.

If the developer donation ban is struck down, the scheme will need to be adjusted. The government might respond by lowering the general cap on donations so as to limit the influence developers or others might have.

A far greater problem would arise if the High Court also struck down the cap on political donations. This goes to the heart of how the scheme operates. If commercial and other interests are able to give unlimited amounts of money to parties and candidates, no scheme of political finance regulation can be effective.

Fortunately, this second argument will be far harder to sustain. The cap on donations restricts political communication, but it does so in a general, across-the-board way. Moreover, it does so in response to long-standing concerns about the possibility of large donations corrupting the political process. It seems very unlikely that it will be struck down.

With less than half a year to go to the next state election, it might have been expected that the rules governing political donations would be clear and certain. Instead, they are in a state of flux. Reforms have been proposed, but they are only interim measures, and even then they may be swept away by the High Court's pronouncement in the McCloy case.

Nation's very foundation built on right to choose own god