Opinion Micro parties could party on if Abbott dissolves the problem

The large number of micro-parties in the Senate mean we may be headed toward a double dissolution election faster than we thought, but there are ways to prevent this, writes George Williams. 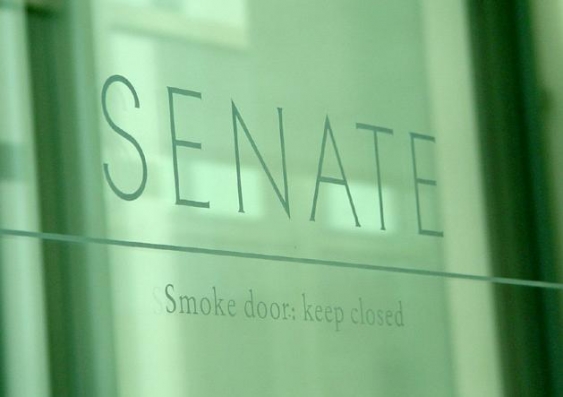 OPINION: Micro parties have enjoyed stunning success at the polls, but may never take their seats in the Senate. It lies within the power of Australia's major parties to deny them this, and indeed any prospect that they will secure such a victory in the future.

The constitution imposes a long wait on Australia's newest senators. It says that the membership of the Senate does not rotate until July 1 next year. Until then, the current Senate, dominated by Labor and the Greens, will remain intact.

Legislation to repeal the carbon tax will be an early order of business for Parliament. Unless Labor backtracks on its promises, Abbott will not have the numbers in the Senate for its repeal. In such circumstances, he has said that he will use all constitutional options available to him to achieve his goal.

The obvious mechanism for overcoming a recalcitrant Senate is the double dissolution procedure in section 57 of the constitution. It permits a government to call a special, early poll for the House of Representatives and the whole of the Senate.

Abbott can call such an election after the Senate has twice blocked his repeal bill, with an interval of three months in between. Depending on how slow Senate processes prove to be, Abbott may gain a double dissolution trigger before next July. If so, he could call a fresh poll before the new micro party senators take their seats.

He would no doubt face significant opposition. A double dissolution election has never been called so early in the parliamentary term, and a High Court challenge by the micro parties would be likely. They would argue that this runs counter to other sections of the constitution that contemplate that, once elected, senators must take their seats. Abbott would have the stronger legal case, but in uncharted waters such as this the outcome is uncertain.

A double dissolution election would clear the decks of the 2013 Senate result, but would throw up another problem. Such an election involves 12 senators being chosen, rather than six, and so lowers the quota required for election from 14.3 to 7.7 per cent.

This can be a significant advantage to small players, and might increase the number of micro parties elected to the Senate. The temptation provided by half a quota could attract extra micro parties, and so produce an even more unwieldy Senate ballot paper.

This is why a double dissolution election, or indeed the next general election, must be preceded by electoral reform. The 2013 election has exposed major problems with the Senate electoral process. It has shown that the process is open to distortion.

The measure of a good electoral system is how well it translates the intentions of voters into seats in Parliament. Australia's Senate system has failed this test. It enables a profusion of parties that, working in concert, can exploit an unwieldy ballot paper and manipulate preference flows. The result is a lottery in which a micro party securing an infinitesimal first preference vote can win a seat in the Senate.

This is a perversion of Australian democracy. It means that the Senate does not reflect the will of the people. It instead reflects voter confusion and the inability of people to grasp a complex web of preference deals.

The outcome also threatens good governance, and so community wellbeing. Where a micro party senator shares the balance of power, they can hold the government to ransom. Moreover, they can do this without a significant popular constituency of their own to hold them to account.

This introduces an unchecked, maverick element into the Senate that can produce special deals at odds with the national interest. It is hard enough to govern the country as it is, let alone while beholden to such interests.

NSW has already seen too much of this due to the micro parties in its upper house. The compromise forced on the O'Farrell government by the Shooters and Fishers Party, by which hunting is to be introduced into NSW National Parks, is a good example.

This problem can be fixed by changing the electoral act. First, voters should be allowed to choose how their preferences are allocated between parties, without having to fill in every box below the line on their Senate ballot paper.

Second, a person should not be eligible for election to the Senate unless they have attracted at least 4 per cent of the first preference vote. Where they fall under this threshold, their preferences should be allocated to the remaining people and parties.

These changes are a sensible way of eliminating gaming from the system. Voters, and not parties, should choose how preferences are allocated. And if a candidate cannot attract at least four first preference votes out of every 100, they have no place in the Senate.

Micro parties have enjoyed stunning success, but may never take their seats in the Senate. Professor George Williams explains why.