A lengthy legal battle over the Murray-Darling between the states and the Commonwealth may have disastrous implications for policy-making in this area, argues Shipra Chordia. 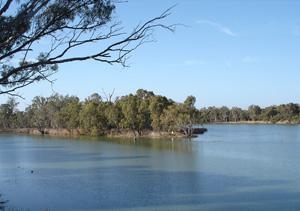 OPINION: On Friday, the Prime Minister announced that the Commonwealth will spend $1.7 billion to increase water return to the Murray-Darling River by a further 450 gigalitres. The announcement is a big win for South Australia. If the target is achieved, it may start to see a reversal of the environmental degradation it has witnessed at the lower end of the basin system.

In response to the announcement, South Australia has withdrawn its threat to challenge the Commonwealth’s Murray-Darling Basin Plan in the High Court. But the announcement has provoked a backlash in other basin states. Victoria has condemned the proposal on the basis that higher water levels are likely to cause widespread flooding among its irrigation communities. New South Wales has expressed scepticism at the capacity of the Commonwealth to achieve the targets through infrastructure improvements alone. Both states are so far refusing to back the plan.

The Commonwealth has indicated that it is willing to go over the heads of Victoria and New South Wales if they fail to support the proposal. Whether the Commonwealth has the power to do this under the terms of the Constitution is uncertain. South Australia’s premier has conceded that the stand-off, if not resolved, could head towards a show-down in the High Court.

A lengthy legal battle over the Murray-Darling may have disastrous implications for policy-making in this area. This is for three major reasons.

First, legal arguments are likely to be centred on a Constitution that was drafted over a century ago. Back then, the drafters could not have contemplated the environmental challenges that are facing the nation today. The High Court may be required to decide the case based on technical provisions within the Constitution that divide power between the Commonwealth and the states. If that eventuates, the outcome of the case and the reasons for it are likely be very divorced from contemporary policy concerns.

Second, the case may require the High Court to determine whether the Commonwealth has given effect to its obligations under international treaties. To do this, the High Court will need to work out whether the Commonwealth’s revised water target reflects an “environmentally sustainable level of take” such that economic, social and environmental outcomes have been maximised. That is an incredibly complex policy question and one that should be resolved by our elected representatives, not the judiciary.

Third, some conservationists estimate that the Commonwealth’s revised target may still be only half of what is needed to return the system to full health. If this is the case, further rounds of reform may be necessary and future compromise between the states will be crucial. Legal battles can be acrimonious and costly affairs which have the potential to damage intergovernmental relations further. This may hamper future cooperation in this area.

To help avoid litigation, institutions that facilitate negotiation between the Commonwealth and the states should be strengthened. These institutions include the Council of Australian Governments (COAG) and its sub-institution, the Murray-Darling Basin Ministerial Council.

The Ministerial Council is made up of a minister from each of the Basin states and the Commonwealth Minister for the Environment. It was established to encourage consensus between governments on critical issues relating to the Basin Plan. However, like COAG itself, the governance structures and powers of the Ministerial Council are weak and heavily skewed in favour of the Commonwealth.

Whilst the Commonwealth Minister may consult the Ministerial Council on matters within the Basin Plan, approval of the Plan itself is the sole responsibility of the Commonwealth. This means that crucial matters such as the overall level of “take” from the river system are to be decided by the Commonwealth unilaterally. As a consequence, opportunities for discussion and compromise between the states are constrained.

The Ministerial Council also has limited transparency and accountability to the public. Meetings of the Council are chaired by the Commonwealth minister alone. Agenda items for the Council’s meetings are not released to the public and communiqués documenting deliberations are brief and high-level, inhibiting scrutiny.

To effectively facilitate cooperation, COAG and its sub-institutions need to be reformed. They need legally-binding rules governing when they will meet, what they will discuss and how the states can place items on the agenda. Detailed accounts of debates and meeting agendas should be released to the public to improve accountability. Key issues should not be left to the Commonwealth to decide unilaterally. Instead, consensus amongst the states should be the priority.

Under the Gillard government, COAG and its sub-institutions have fallen in prominence. If reforms can be achieved, these institutions could be reinvigorated as effective forums for discussion and agreement between the states and the Commonwealth. Robust debate and open negotiations should follow, helping broker compromises on difficult conflicts and potentially avoiding litigation. For the long-term health of the Murray-Darling, that could be vital.

Shipra Chordia is Director of the Federalism Project within the Gilbert + Tobin Centre of Public Law, UNSW.

We need to talk about COAG