Opinion National Security Monitor off to a good start

The National Security Monitor gets a provisional 'A" in his first year in a role that aims to review the operation, effectiveness and necessity of Australia's anti-terrorism laws, write Jessie Blackbourn and Nicola McGarrity. 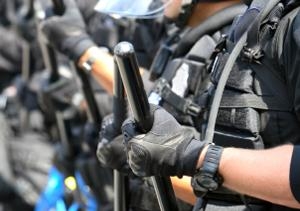 The monitor's purpose is to review the operation, effectiveness and necessity of Australia's anti-terrorism laws, some of the most extreme in the Western world. The role of the monitor is of critical importance. Over the last decade, more than 50 anti-terrorism laws have been enacted at the national level. Many were enacted in haste and with limited parliamentary debate. The monitor's task in providing effective oversight of these laws therefore is not only important but mammoth.

The first monitor, Bret Walker SC, was appointed in April 2011. He's had less than a year to carry out the functions of the role. So how has he done in his first report? What mark can we give him?

An 'A'. But this is provisional. The report raises more questions than it answers, and makes no recommendations. We will need to wait and see if the second report, due later this year, fulfils the promise of the first.

The first thing to note is that Walker makes no recommendations. This is obviously disappointing to those who wish to see changes made (and quickly) to the laws. However, it is ultimately a strength rather than a weakness in the report.

Walker's background is not in anti-terrorism law. He had only six months to get on top of the academic material and case law, and present his first report to the Prime Minister. Other inquiries with many more members have taken far longer to make any recommendations. Any recommendations made by Walker in such a short period would likely have been poorly conceived. Australian governments would therefore have had a convenient excuse to reject them out of hand.

Walker had a choice. He could have taken a piecemeal approach. Instead, he chose to take the time to gain a holistic understanding of Australia's anti-terrorism laws. No other inquiry into the laws has done this. Australia's anti-terrorism laws build upon one other. It is the cumulative effect of the broad definition of 'terrorism', the investigatory powers of ASIO and the AFP, the terrorism offences and the procedural changes to the trial process that are of the most concern for human rights lawyers.

Walker spends considerable time in the report establishing a principled framework for both himself and future monitors. This will abate some of the problems experienced by the equivalent office of Independent Reviewer in the UK. With no formal or informal guidelines, that office is reliant upon the preferences and personality of the Independent Reviewer for effective review. At times, the UK system failed to produce meaningful oversight of that country's laws.

The appointment of Lord Carlile, a member of the House of Lords, to the position in 2001 highlights these problems. Carlile argued in favour of the government's (ultimately unsuccessful) proposal to increase the period of pre-charge detention for terror suspects to 42 days. He became an advocate for, rather than a critic of, the UK's anti-terrorism laws. Walker's next reports will reveal whether he has been successful in retaining his independence and shielding his office from outside interference.

The first report reveals little about where Walker sits in the debate. It is objectively written - setting out the arguments both for and against particular aspects of the laws - and makes it difficult to determine Walker's personal views. What is clear, however, is that he intends to look at the laws in their broader context. He is willing and prepared to look at fundamental issues such as whether Australia in fact needs any specific anti-terrorism laws. At one point, he asks why we have extraordinary legal measures for terrorism when the number of fatalities from domestic violence is so much greater.

The main problem for Walker is that the position is part-time. The monitor works one day a week or 60 days a year, with only a part-time advisor to assist him. The monitor's ability to carry out a holistic review of the laws would undoubtedly be improved by making this office full-time or creating a panel of part-time monitors. In this first report, Walker has set himself 63 questions to address in his second report, due to be delivered to the Prime Minister in three months. Can he really answer any of these questions meaningfully in the time allowed to him?

Many of Australia's anti-terrorism laws have been in place now for a decade. The longer these laws remain, the more likely it is that they will become a permanent feature of our legal landscape and any recommendations made by Walker or future monitors will be ignored.

It is therefore critical that these laws are given attention sooner rather than later. Walker has started well. But his comprehensive approach has set a difficult task for the future. His second report must fulfil the promise of the first. It needs to make clear recommendations as to aspects of the laws that should be maintained, amended or repealed. Without those, the office of Independent Monitor will have failed to fulfil its most important role.

This article first appeared on ABC's The Drum.