A recent decision to allow a family from Tuvalu to stay in New Zealand has been hailed as the first legal recognition of “climate refugees”. But this is not so, writes Jane McAdam. 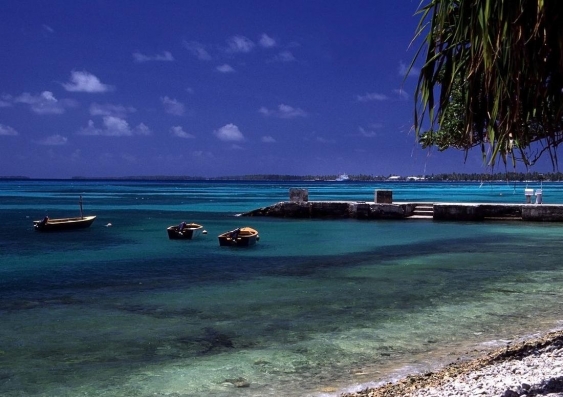 OPINION: There has been a lot of media coverage recently about the June 4, 2014 decision of the New Zealand Immigration and Protection Tribunal, heralded as the first legal recognition of “climate refugees” focusing on a family from Tuvalu. But this is not so. Despite what the media suggests, the decision was based on purely humanitarian and discretionary grounds – not on any domestic or international legal obligation.

The family was allowed to stay because of their strong family ties within New Zealand, not because of the impacts of climate change in Tuvalu. In fact, the Tribunal expressly held that the family in this case was not entitled to protection under refugee law or human rights law (known as complementary protection).

The applicants were a family of four from Tuvalu; a husband and wife in their early 30s, and their small children, aged five and three. The family claimed that they were refugees, or, in the alternative, that there were substantial grounds for believing that their lives would be endangered, and/or they would be at risk of cruel, inhuman or degrading treatment if returned to Tuvalu. They based their claim on the fact that they had no land available to them in Tuvalu; that the father would have difficulties finding a job as a teacher in Tuvalu and might not be able to support his family; and that the effects of climate change – in particular, a lack of fresh drinking water and sea-level rise – would have adverse impacts on them, especially the children.

The central issue was whether the government of Tuvalu could be said to be failing to take steps within its power to protect them from the effects of climate change such that their lives could be said to be "in danger," and whether or not the harm they feared amounted to ill-treatment.

With respect to the human rights-based claim, the Tribunal said that the evidence must establish that any future risk amounted to more than mere conjecture or surmise, although it did not need to be “more probable than not.” This forward-looking assessment of risk meant that the slow-onset nature of some of the impacts of climate change, such as sea-level rise, would need to be factored into the question whether there was any “danger” in existence at the time the decision was made (i.e. now). This would depend upon the particular circumstances of each case, such as the extent to which the negative impacts were already materializing and the anticipated consequences for the individual. The assessment was therefore dependent on the context.

Protection from Arbitrary Deprivation of Life

The Tribunal noted that under international human rights law, States have an obligation to protect people in the context of natural disasters, including the right to life. It also recognized in principle that natural or man-made disasters, including those linked to climate change, could “provide a context in which a claim for recognition as a protected person” might be appropriate.

The Tribunal drew a distinction between man-made and natural hazards, noting that the state has less control over the latter: “The disasters that occur in Tuvalu derive from vulnerability of natural hazards such as droughts and hurricanes, and inundation due to sea-level rise and storm surges. The content of Tuvalu’s positive obligations to take steps to protect the life of persons within its jurisdiction from such hazards must necessarily be shaped by this reality.” Accordingly, the government of Tuvalu would be faced with “an impossible burden” were it required as a matter of law to mitigate the underlying environmental drivers of these hazards.

While the Tribunal accepted that life for the applicants would be more challenging in Tuvalu than in New Zealand, there was insufficient evidence to establish that their lives in Tuvalu would be so precarious as a result of any act or failure to act by the government of Tuvalu that they would be danger of being arbitrarily deprived of their lives. There was also no evidence that the government was failing to take steps within its power to protect people from known environmental hazards.

The Tribunal also dismissed the argument that the family would be exposed to cruel, inhuman or degrading treatment in Tuvalu. There was no evidence that the family belonged to a section of the Tuvaluan population against which the government of Tuvalu had implemented discriminatory policy measures or had failed to discharge positive obligations, and nor was there any basis for finding that such a risk might arise in the future. The Tribunal observed that the government was actively taking steps to meet the challenges caused by natural disasters and the adverse impacts of climate change. As such, there was no basis for holding that the family was at risk of being subjected to cruel, inhuman or degrading treatment by the government.

Previous New Zealand cases have established that in order to be protected from removal on the basis of cruel, inhuman or degrading treatment, there must be a “treatment” – an act or failure to act (committed or tolerated) by the State. Thus, general poverty or difficult socio-economic conditions alone is not enough, but acts or omissions by the state that result in socio-economic harm could constitute “treatment.” The mere fact that a state lacks the capacity to adequately respond to a disaster does not automatically constitute “treatment.” However, if a state denied access to available humanitarian relief on a discriminatory basis, or arbitrarily withheld its consent for necessary foreign humanitarian assistance, then this could conceivably constitute “treatment.”

The Best Interests of the Child

The best interests of the child principle under international law required that the Tribunal turn its mind to the specific vulnerabilities of the children. The Tribunal accepted and acknowledged that, by reason of their young age, the children were inherently more vulnerable to the adverse impacts of natural disasters and climate change than their parents. Nevertheless, the evidence established that the government of Tuvalu was sensitive to the specific vulnerabilities of children, and as such, the children were not in danger of being arbitrarily deprived of their lives, or subjected to cruel, inhuman or degrading treatment, if returned to Tuvalu.

In the end, the Tribunal allowed the family to stay in New Zealand on humanitarian grounds. This was because the husband’s mother, five sisters and their families were all living in New Zealand as citizens or permanent residents, and they shared a close connection. Culturally, as the only son, he was expected to look after his mother. The children had never been to Tuvalu and were part of an extended family network in New Zealand.

As noted at the outset, this is a wholly discretionary decision, not based on any legal obligation. As such, it does not have precedential weight – in contrast to the decision on their refugee and human rights claims.

The Tribunal’s decision to let the family stay in New Zealand as permanent residents was not based on the impacts of climate change in Tuvalu. Indeed, the Tribunal deliberately refrained from making a finding on this point.

The Tribunal’s decision to let the family stay in New Zealand as permanent residents was not based on the impacts of climate change in Tuvalu. Indeed, the Tribunal deliberately refrained from making a finding on this point. It did not need to do so because there were other exceptional humanitarian circumstances – namely, strong family ties – that justified granting them resident visas.

Nevertheless, the Tribunal did make the following observations:

Without humanitarian pathways such as in New Zealand or other migration opportunities, people affected by the longer-term impacts of climate change and disasters may be very vulnerable. This is why states need to proactively create a toolkit of mobility responses, alongside mitigation, adaptation and development strategies. This is why the work of theNansen Initiative on Disaster-Induced Cross-Border Displacement is so important. In mid-2015, it will release evidence-based recommendations to States drawn from its sub-regional consultations in five particularly affected regions of the world. This will be a call to action. The next step, of course, will be implementing it.

While the New Zealand Tribunal’s decision to grant residence visas on humanitarian grounds to the family from Tuvalu does not carry any formal precedential weight, it does highlight the limits of existing international legal protection. But rather than leaping to the conclusion that we need to extend the Refugee Convention – which is conceptually problematic, and in practice highly unlikely – we need to think about multifaceted and context-specific responses that encompass disaster risk reduction, adaptation and voluntary migration as well. In this way, migration can become a form of adaptation to climate change, rather than displacement being a sign that adaptation has failed.

This opinion piece was first published on the Brookings website.