Opinion No hand-passing of footballs made by children

Revelations of children working for less than a dollar a day to make Australian footballs have rekindled an old debate, Justine Nolan writes. 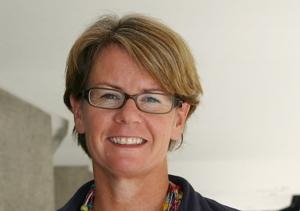 OPINION: With Australia in the grip of football finals fever, many were shocked at the revelation Indian children are skipping school and working long hours - earning less than 12 cents an hour and not more than a dollar a day - to stitch sports balls, including footballs, that end up in the hands of Australian children.

But in this era of globalisation, companies roam widely searching for the cheapest sources of production. So is it really shocking to learn that child labour is at the base of this particular supply chain? Isn't it more shocking that we simply accept it as the norm and as the fate that globalisation has dealt us?

The Fairfax report on Saturday noted children as young as 10 make Sherrin footballs embossed with the AFL, Auskick, Channel Nine and The Footy Show logos and Canterbury rugby balls.

Both the AFL and Sherrin were reported to have expressed shock at the use of child labour to make their balls. But revelations such as these are not new, nor is the possible solution.

Flashback to 1996, when it was revealed thousands of children between the ages of five and 14 were putting in as many as 11 hours a day stitching soccer balls for multinationals like Nike, adidas, Reebok and Mizuno in Sialkot, Pakistan.

Attempts were made back then to clean up the industry, monitor the factories where the balls were being made and get the companies to agree to sign on to a code of conduct that assumed some voluntary responsibility for their supply chain.

As time passes and the clamour for cheap goods increases, so too does the imperative on companies to seek out a supply chain that can provide products at cheaper prices - and the fewer questions asked, the better.

In response to these latest revelations, a representative of Sherrin, which is owned by Russell Corporation, said that ''we run a pretty vigorous corporate social responsibility program''.

There is some suggestion the football maker could be sacked as ball supplier to the AFL after it was issued a breach of agreement notice.

But in a world where the raw materials might be sourced in Brazil, the ball made in India and the final product sold by an American company to an Australian consumer, who, if anyone, is willing to take responsibility for ensuring that workers' rights in this global supply chain are respected? Where do we draw the line on ensuring respect for basic human rights? What exactly does a ''vigorous corporate social responsibility program'' that has child labour at the base of its complex supply chain look like?

One should not assume for a moment that supply chain production is easily monitored or human rights violations, like the use of child labour, easily eliminated. But the solution, posed in 1996 and still relevant, is for companies to assume legal - rather than simply moral - liability for their supply chain.

Since the mid-1990s, every company worth its salt that is involved in production has developed a code of conduct. But without legal enforcement of such codes, compliance remains voluntary and inconsistent.

After the furore of the media exposes in Sialkot died down, children went back to work stitching soccer balls. But instead of working in semi-regulated conditions in factories, the work went underground, with children working long hours from home for a few cents per hour.

That children need to work from a young age in some countries is undisputed but there is also a need to balance work with school, so that they might work for a few hours a day rather than 10, and be paid wages that grant children some semblance of dignity.

Responsibility for supply chain working conditions must be spread among all the players in that chain - from the worker, to sub-contractor, to the factory, to the distributor and to the multinational that negotiated the final price for producing that ball. Everybody along the way takes their cut, but when a labourer is paid 12c for producing a ball that sells for more than $40, perhaps the price needs to be renegotiated.

Of course, the primary responsibility for working conditions remains with government. In most countries, including India, there is a substantial body of local laws that regulates (or have the potential to regulate) corporate activities that affect human rights, such as laws relating to anti-discrimination, health and safety at work, environmental protection, and labour rights.

But in the world we live in, it is naive to assume all governments around the world have the will or, in some cases, the necessary means to monitor workplace standards, and it is not unusual to find local laws flouted without fear of repercussion.

When companies step in to take advantage of such governance gaps, the problems are exacerbated.

Justine Nolan is Deputy Director of the Australian Human Rights Centre at UNSW.