Opinion No party has a monopoly on human rights reform

The historical record shows that no party has a monopoly on human rights reform. It also shows that every government has, at some point, deserved criticism for breaching human rights, argues George Williams. 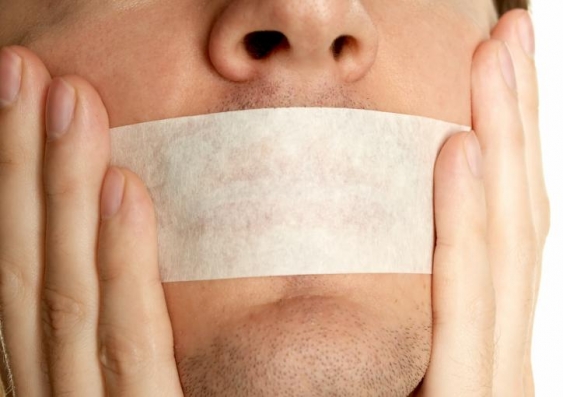 OPINION: The election of the Abbott government has led some people to put aside thoughts of human rights reform. This view has been reinforced by the new government's approach to asylum seekers. It also reflects the general wisdom that protecting human rights is a progressive enterprise only achieved under Labor.

The idea that Coalition governments and human rights do not mix is wrongheaded. Indeed, it is hard to think of anything more counterproductive than the notion that human rights are only for the left of politics. If this were the case, it would rule out many important advances and condemn the field to being a partisan battleground.

Politicians and parties invariably have mixed records on the subject. Indeed, to even view the Labor Party as a natural champion of human rights is problematic. Its emphasis on protecting local jobs led it to promote the White Australia policy for many years. Labor also introduced the system of mandatory detention of asylum seekers arriving in Australia by boat.

Conservative governments have also led the way in some cases, sometimes in surprising areas. The first attempt at a state bill of rights was not by a Labor government but in 1959 by the Nicklin Country Party government in Queensland.

The historical record shows that no party has a monopoly on human rights reform. It also shows that every government has, at some point, deserved criticism for breaching human rights, while also offering opportunities for lasting change. It is a matter of degree.

Two areas stand out as offering potential for human rights reform under an Abbott government. First, Attorney-General George Brandis has made it his mission to defend freedom of speech. He signalled this with his appointment of Tim Wilson to the Australian Human Rights Commission.

One of the great myths of Australian democracy is that we give strong protection to freedom of speech. In fact, it is hard to find another Western nation with a legal system that does so little to protect the freedom.

Unlike other countries, we do not have a single law that protects speech expressly. This has given licence to a myriad of federal laws and policies that censor, suppress government information and limit media reporting.

The Abbott government is well placed to remedy this deficiency, assuming that it moves beyond its current focus on section 18C of the Racial Discrimination Act (which makes it unlawful to ''offend, insult, humiliate or intimidate'' someone because of their race or ethnicity). It could lead the way by introducing legislation, or even a constitutional change, to provide the first direct protection of freedom of speech in Australia.

Second, Tony Abbott has spoken strongly and often in favour of recognising Aboriginal people in the constitution.

Australia's constitution was drafted in the 1890s, at a time when Aboriginal people were cast as a ''dying race'' with no future in the nation. It was also said that Aboriginal people should not have the same political rights as other Australians because they lacked the ability to cast an ''intelligent vote''.

The constitution was, unfortunately, drafted to reflect these sentiments. It denied Aboriginal people their rights, their voice and even their identity as people of Australia. It permitted discrimination against them, including by refusing them the vote.

As a result, for most of our life as a nation, Aboriginal people have been banned from voting in federal elections. This was only remedied in 1962 under the Menzies government. The Holt government then put up a referendum in 1967, which deleted discriminatory references to Aboriginal people from the constitution.

Much remains to be done. Australia's constitution now makes no mention of Aboriginal people or of Australia's history before white settlement in 1788. It also contains clauses that enable the community to be divided along racial lines - including section 25, which contemplates that people can be denied the vote in state elections because of their race.

Fixing these problems would be a landmark of Abbott's time in office. It is also the type of change that is more likely to be achieved under a conservative government. Labor has only managed to convince the people to support one change to the constitution out of 25 attempts, whereas conservative governments have won seven of 19 referendums.

The challenge for human rights advocates under an Abbott government is twofold.

While they need to oppose Abbott government policies that infringe on human rights, advocates also need to work constructively with the government to advance human rights protection in other areas. This requires political pragmatism, which can be elusive in a field as emotively charged as human rights.