Opinion Not yet ‘coast to coast’ coalitions - so what now for federalism?

Party solidarity counts for little in the federalism sphere, and Tony Abbott's white paper may not go far enough in changing the settings and entrenched behaviours in Commonwealth-state relations, writes Andrew Lynch. 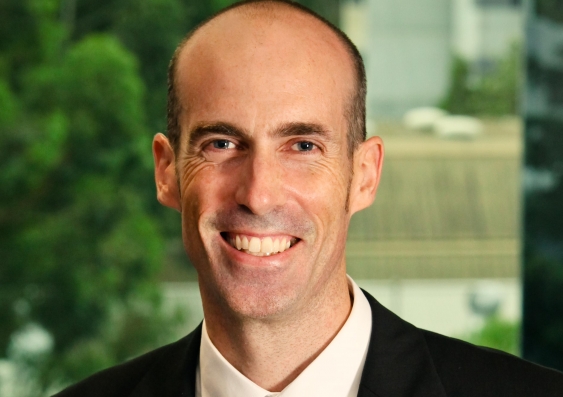 OPINION: Over the weekend, Tasmanian voters resoundingly rejected Labor, while South Australians drove a cliff-hanger result that will probably be decided in the coming days.

It’s not quite yet the “coast to coast” state coalition governments some envisaged – but will it be enough to ease the way for the Abbott government’s planned reform of Commonwealth-state relations?

The government is due to release its white paper on federalism in coming weeks. Now that the LNP definitely holds all but one of the states (and the Northern Territory), the prime minister is likely to feel well placed to secure their cooperation in ridding the Australian federation of some of its dysfunction and inefficiencies.

But when it comes to changing the settings and entrenched behaviours of Australian federalism, it may not be enough.

Soon after leading federal Labor to a win in 2007, Kevin Rudd met with the Labor leaders in all six states and the two mainland territories to pursue reforms designed to “end the blame game”. Rudd declared that the Council of Australian Governments (COAG) would be the “workhorse of the nation” and by 2008 that body had reached an Intergovernmental Agreement on Federal Financial Relations.

Despite the dry name, that agreement held out the prospect of the most meaningful reform of our system of government in decades.

The Commonwealth agreed to provide block funding to the states and territories in six service delivery areas – education, skills, health, disability, affordable housing and Indigenous reform. The idea was that the Commonwealth would desist from prescribing how the states should spend the money in these areas, but instead let them get on with finding the best ways to do so.

In other words, Canberra was going to get off the backs of the states and let them implement policies and strategies tailored to the needs of their distinctive communities – thus capitalising on the potential for innovation provided by federal systems.

The states, in turn, agreed to have the outcomes assessed by the COAG Reform Council, enabling comparison of their performance against an array of indicators. Rewards for their meeting agreed targets were offered as incentive.

It is fair to suppose that having partisan solidarity around the COAG table helped to bring about the 2008 agreement, although there is no reason to believe it was otherwise unachievable. But although the agreement is still on foot and the Reform Council continues to report on the performance of governments, its success has been muted – and was so even before the tide turned against Labor.

For the Commonwealth could not, in spite of itself, refrain from micro-managing the states. The impact of the six broad areas of block funding has been blunted by a continuing proliferation of more specific funding agreements known as National Partnership Payments. Through the NPPs, the Commonwealth has reverted to its more typical practice of directing states as to how money should be spent on all manner of projects in which it has taken an interest.

Rudd himself was responsible for the most damaging blow when he created a flurry around reform of Australian healthcare in 2010 – an episode in which the premiers were ambushed with an offer contingent on their accepting a loss of their GST revenue. That set the tone for the Gillard government’s staggered negotiations with states over Gonski education funding, in which each premier jockeyed to get a better deal than those who had already signed up.

In both cases, there was little respect shown for the federalist ideals that underpinned the 2008 agreement. This was no new federalism after all – just the Commonwealth using the power of its purse to divide and prevail.

Without doubt, Abbott is no Rudd. But his previously stated views on federalism strongly suggest that he will be similarly disinclined to respect the autonomy of the states if it does not suit some immediate political goal of his own. John Howard, when he decided to directly fund the Mersey hospital in Tasmania in the countdown to the 2007 election, called this kind of thing “aspirational nationalism”.

In his Battlelines book, Abbott proposed amending the Constitution to liberate the national legislature from the limitations placed upon its powers by that document. He reassured that this “wouldn’t abolish the states but … it would mean that they could not jeopardise policy in areas where the national government was determined to intervene”.

In many ways this is just a more honest approach than centralisation behind the façade of “cooperative federalism” – which is ultimately where Labor ended up. But it is unlikely the white paper will put things as starkly.

Whatever the government proposes in that document, it will know that party solidarity is going to count for little in this sphere. As former NSW Premier Morris Iemma reflected last week:

It doesn’t matter whether they are Labor or Liberal, state governments will make decisions they feel are in the best interests of their state. It always comes down to two things: the details and the dollars.

The New South Wales government has already impressed that point forcefully on the Federal Minister for Education, Christopher Pyne – forcing him to backflip on his plan to renege on Labor’s agreements to provide Gonski school funding.

It seems sadly unlikely, but perhaps the most substantial thing the Coalition governments might do is renew the commitment to the principles of the 2008 agreement. Much as it may have failed to grab public attention, that deal offered the means of reinvigorating state government. Crucially, it requires the Commonwealth to accept that the states are better able to determine how to serve their communities, while ensuring that innovation can benefit the nation through benchmarking success in challenging service areas.

The Coalition is, historically, the champion of Australian federalism – but it needs to start where the previous attempt at reform left off. One of the difficulties from which COAG has suffered is a lack of continuity. Of course the faces around the table change, and soon enough they will change again.

Professor Andrew Lynch is a Project Director in the Gilbert + Tobin Centre of Public Law, UNSW.