Opinion As an Orthodox Jew in Australia, I feel less safe

The attack on a fellow Jewish family of Bondi is alarming, but the response from the local community gives some comfort, writes Fergal Davis. 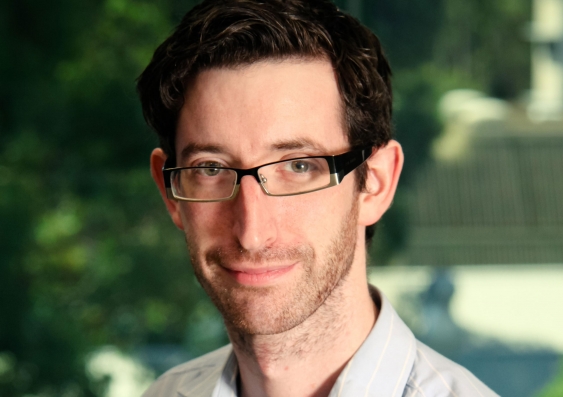 OPINION: My family and I have a regular Friday night routine. We set the table and prepare dinner. We Skype relatives in the Northern hemisphere. I hurriedly check Twitter and email. And then an hour or so before sunset we log-off; we light candles; and we welcome Shabbat – the Jewish day of rest.

I am an Orthodox Jew living in Bondi. I raise my kids here. I go to synagogue here. I walk my dog here. I have never felt afraid “as a Jew” in Bondi. But then, last Saturday, it seemed that antisemitism had made a dramatic appearance in my neighbourhood.

To be clear: I don’t know the individuals who were attacked; I wasn’t personally affected; but the unexpected news that members of the Jewish community had been assaulted in Bondi shocked me nonetheless.

When I lived in the UK I was personally the subject of antisemitic abuse. People shouted from cars. There were unpleasant exchanges on campus. And yes, there were reports of physical attacks (though, again, I was not personally a victim).

But in Australia things seemed different. The sun shines and antisemitism seemed a world away: until last Saturday at least.

Fear of crime is an intriguing concept for criminologists. In the early 1980s UK criminologists began the first comprehensive victim surveys in that country. The resulting British Crime Survey calculated that the “average” British person would be a victim of a street robbery every 500 years, an assault every hundred years, and a burglary every 40 years. Such conclusions created the impression that fear of crime was irrational – it was characterised as being the result of media moral panics rather than real fears based on actual experience.

In response Jock Young, Trevour Jones and Brian MacLean conducted the Islington Crime Survey. They concluded that it was not necessarily irrational to be fearful of something which was (statistically) unlikely to occur. The potential impact of being a victim can make fear rational.

If you are Jewish it is not irrational to be afraid of antisemitism. History teaches us the potential impact of antisemitism. And even today, even in Australia, the sad reality is that Jewish schools, communal buildings and places of worship require additional security measures.

So, I am willing to acknowledge that after last Saturday’s incident I feel a little less safe – perhaps a little more afraid. That is not irrational. It is an understandable response to an event which occurred in my neighbourhood against a people with whom I have a lot in common.

Last Saturday should remind us that antisemitism is real. People are attacked for being Jewish and such attacks are not limited to the “old world”. The question now is how best to react. On that point three things give me a sense of direction.

Firstly, the events of last Saturday are shocking precisely because they are rare. We should not dismiss the significance of such an event but we should not overstate its importance.

Secondly, those who were attacked have responded by calling for justice, goodwill and tolerance. If they can respond with such positivity then so can I.

Finally, I was struck by the wider community’s response to the attack. Reports suggest that staff from the Beach Road Hotel went to help of those who were attacked. A passing taxi driver stopped to apprehend one of the attackers. The official response from the NSW Police and Premier was one of outright condemnation.

There was no bystander apathy in Bondi.

Fergal Davis is a member of UNSW's Gilbert + Tobin Centre of Public Law.

This opinion piece was first published in The Guardian Australia.