More than a decade after anti-terrorism laws were enacted, our leaders continue to ignore advice to repeal them, write Jessie Blackbourn and Nicola McGarrity. 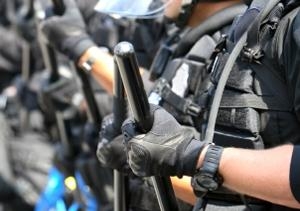 OPINION: There is no better time to bury something politically troublesome than budget day. And this is exactly what happened yesterday, when the Federal Government tabled two major reports recommending the significant winding back of our anti-terrorism laws.

These laws are in dire need of reform. They are a product of the hysteria which prevailed in the aftermath of major international terrorist attacks such as 9/11.

Australia has been fortunate throughout its history to be relatively free from terrorist attacks on domestic soil. But, despite this, our anti-terrorism laws contain some of the most extreme measures in the Western world.

The reports of the COAG Counter-Terrorism Review Committee and the Independent National Security Legislation Monitor examine, for example, the highly controversial control order and preventative detention regimes. These permit significant restrictions - including even detention - to be imposed on a person without a finding of criminal guilt.

These are not the first reports to criticise our anti-terrorism laws. There have been at least six major reports to date. These reports all recognised that there was a need for specific anti-terrorism laws to respond to the threat of terrorism, but they were concerned that the Australian laws went too far - that their impact on civil liberties was disproportionate to the threat of terrorism.

Most of these reports were issued during the Howard years. And the record of that Government in responding can only be described as pitiful. The typical response was simply to ignore the reports altogether.

There were some initial indications that the Gillard Government would improve upon this record. In April 2010, it established the office of the monitor to provide ongoing and holistic review of our anti-terrorism laws. The previous year saw the Government engage in widespread public consultation about the laws. But the result of this consultation was ultimately a disappointment. The National Security Legislation Amendment Act 2010 tinkered - at best - around the edges of the Australian anti-terrorism laws.

There is very little prospect that the Gillard Government will do anything different in response to the new reports. The combination of history and the timing of the release of the reports point to a lack of political motivation to develop a more balanced and measured body of anti-terrorism laws.

Any winding back of the Australian anti-terrorism laws would require a brave government. There are very few votes in such a move - especially given the recent terrorist attacks in Boston. The irrational call by Alan Jones for foreign students to be refused entry into Australia highlights that a national panic about terrorism once again exists.

But the mere fact of the Boston bombings does not take anything away from the claim that our anti-terrorism laws should be wound back. The reports tabled yesterday conclude that the impact of the laws on civil liberties is disproportionate to the threat of terrorism. They also go so far as to say that the laws are unnecessary and even ineffective in responding to that threat.

The path forward for the Government should be an obvious one. The reports contain very substantial overlap. Both make the case that the preventative detention regime should be repealed. This regime is objectionable not only in principle but it is also counter-productive in terrorism investigations. The reports also make very similar recommendations for the narrowing of the definition of terrorism.

The scope of the reports is of course not identical. The mandate of the COAG Committee was a much broader one - to examine all the laws enacted after the London bombings in 2005. Amongst its most important recommendations is the repeal of the offence of associating with a member of a terrorist organisation and narrowing the criteria for the banning of a terrorist organisation.

Between the two reports, many of the most controversial aspects of our anti-terrorism laws are addressed. The additional reforms the monitor outlines are to repeal ASIO detention warrants, tighten the process for issue of ASIO questioning warrants, and repeal the control order regime.

It is this regime that generates the only real disagreement between the reports. The monitor concludes that terrorism prosecutions and surveillance are capable of achieving - and even exceeding - the same outcomes as control orders. The COAG Committee, in contrast, relies heavily on claims made by the AFP that the control order regime is necessary.

The different recommendations made by the COAG Committee and the monitor indicate the fundamental problem with holding two simultaneous reviews. It opens up the possibility for the Government to adopt a 'lowest common denominator' approach. The COAG Committee certainly presents an easy way out as far as the control order regime is concerned.

Failure to reform this regime would be a disappointing result. The reasoning of the monitor is persuasive. It must be kept in mind that he - and he alone - had access to classified information about how control orders have been used.

There is no longer a justification for delay in reforming our anti-terrorism laws. The Government should not be let off the hook by its claim that consultation with the states and territories is necessary. And nor should the federal election be an excuse for failure to act.

More than a decade has passed since our first anti-terrorism laws were enacted. It is way past time that an Australian Government acted responsibly to create a more measured and balanced body of such laws.

Jessie Blackbourn is a post-doctoral fellow and Nicola McGarrity is a lecturer at the Gilbert + Tobin Centre of Public Law, UNSW.