Young people believe sexting and cyber bullying should be against the law, but under 18s should never be charged with child pornography offences or placed on the sex offender register, a survey shows. 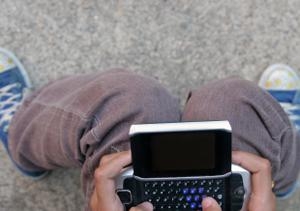 The questionnaire of 1,000 students aged between 12 and 17 and the accompanying New Laws/New Voices legal education project is the basis of a law reform research report launched today by Children’s Legal Service (CLS) of Legal Aid NSW and the National Children’s and Youth Law Centre (NCYLC) based at UNSW.

Significantly, the project found that most young people believe that people under the age of 18 should never be charged with child pornography offences or placed on the sex offender register for peer-to-peer sexting.

68.3% of students surveyed said that learning that online behaviours could be crimes made them less likely to engage in these behaviours, and 66.3% said that this knowledge made them feel more confident about being able to deal with these issues if confronted with them.

“The really encouraging thing about this research is that young people are eager for information and that education around sexting, cyber bullying and the law can have a real impact on behaviours,” said NCYLC Director, Matthew Keeley.

“Young people want and need education about the laws that apply to their use of mobile phones and the internet. Most agree the issues are serious, but they also think any penalty should suit the offence and should take into account the offender’s awareness of the law, offending history and the level of harm caused.”

Based on the findings CLS and NCYLC have made 10 recommendations about reforming the criminal law, instituting police guidelines, providing better education and support to young people and continuing to consult with young people on the development of resources, policies and laws in this area.

“We are dealing with young people who are too afraid to go to police for help for fear of being charged with these very serious offences. Law makers need to take note,” Mr Keeley said.

Click here for a copy of the News Voices/New Laws report.

Is rational law reform still possible in a shock-jock world?

Nothing shameful about sexting