Opinion A people’s convention can make Indigenous recognition a reality

A national people’s convention on constitutional recognition for Indigenous people could be the circuit breaker the drifting issue needs, writes Paul Kildea. 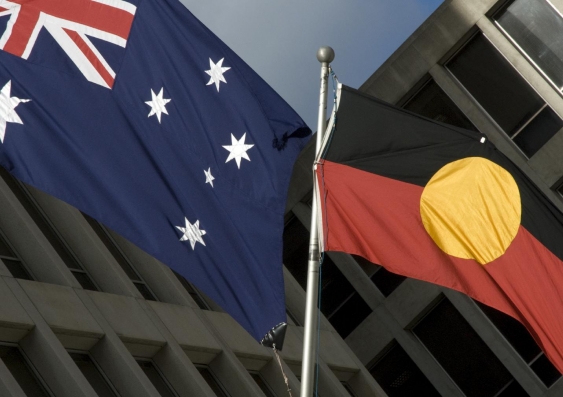 OPINION: Important steps have been made in 2014 in the campaign to recognise Aboriginal and Torres Strait Islander peoples in Australia’s Constitution. Prime Minister Tony Abbott affirmed his commitment to hold a referendum. The opposition voiced its support. A Joint Select Committee issued two reports on reform options and many people – including Australian of the Year Adam Goodes – worked hard to raise the issue’s profile.

Abbott and Opposition Leader Bill Shorten will also speak at a dinner organised by campaign group Recognise on Thursday night to promote the issue.

But a report by a review panel led by former Nationals leader John Anderson, which was tabled in September, sounded a warning. It said there was “clear evidence of drift” and called for the prime minister to announce a referendum date as soon as possible. It is thought that Abbott favours a poll in 2017 to coincide with the 40th anniversary of the 1967 referendum.

A firm timetable will help provide focus, but will not resolve a deeper problem: a worrying lack of popular engagement. On this, the review was blunt. It observed that:

The Australian public is not ready for a referendum.

There are troubling signs. According to an August poll, public awareness of the referendum is only 34%, down from 42% a year ago. Of those aware of the referendum, fewer than one in five feel they have a good understanding of the issues.

This is not surprising. Australians have not yet been invited to play a meaningful role in this debate, so why should they pay attention to it? Too much of the conversation about constitutional recognition is among politicians and experts, leaving citizens to sit on the sidelines.

The way to change this dynamic is to hold a people’s convention on constitutional recognition. This would bring together a diverse group of Australians to debate whether recognition is worth pursuing and, if so, how it might be achieved.

David Flint, head of Australians for Constitutional Monarchy, recently backed this idea. Flint called on Abbott to hold a convention on this and other important constitutional issues. His advice to Abbott was:

Don’t leave it to the experts. Trust the people. Bring them in from the beginning.

Conventions have long been accepted as effective ways of advancing constitutional change. Ireland recently completed a major constitutional convention that considered reform in eight areas, including same-sex marriage and the electoral system. It made 38 recommendations and the Irish government has committed to holding referendums on some of these.

Australia also has a history of constitutional conventions. The constitution was drafted at a series of them in the 1890s. A century later, a special convention debated whether Australia should become a republic and the models that might achieve that.

The republic convention was a mix of elected and appointed delegates. Many Australians will remember the unusual spectacle of seasoned politicians rubbing shoulders with television celebrities in the chamber of Old Parliament House.

A convention on constitutional recognition could be set up in the same way. A special election would be held in which voters could choose the candidates that best represented their views and interests.

But the election of delegates is problematic if the goal is to promote popular ownership of constitutional recognition. Elections narrow the pool of potential participants: they favour individuals who already have a public profile and attract only the most confident of individuals. The risk is that the convention would be populated by another set of elites.

A better approach is to choose delegates by “lot”. This involves identifying people at random from the electoral roll and inviting them to participate. Random selection has a long heritage – it was used to select political leaders in Athenian democracy – and is increasingly being used for special events like constitutional assemblies.

For example, the Irish constitutional convention was a mix of 66 randomly selected citizens and 33 appointed politicians. Other assemblies have consisted entirely of citizens selected by lot.

Random selection would produce a true people’s convention in the sense that most or all delegates would be ordinary citizens rather than politicians or well-known public figures. It would generate a broad cross-section of citizens with diverse perspectives. Adjustments could (and should) be made to ensure sufficient representation of Aboriginal and Torres Strait Islander peoples, as well as diversity across gender, age and geography.

The spectacle of ordinary citizens debating an issue of national importance on live television would be inspiring. The experience in Ireland and elsewhere shows that, if given access to information and experts, citizens rise to the occasion. Debate is of a high standard and delegates make sensible, well-informed recommendations.

In its most recent report, the Joint Select Committee suggested that federal parliament set aside a full day of sittings to debate the issue of constitutional recognition. It makes sense to hold the people’s convention shortly before these sittings. This would give parliament an opportunity to discuss the convention’s recommendations and would also ensure that they feed directly in to future debate and decision-making.

A people’s convention could be the circuit-breaker that constitutional recognition needs. As a major national event it would promote public interest in an issue that is drifting. And it would move ordinary citizens off the sidelines to where they belong – at the centre of debate about recognising Australia’s first peoples.

Paul Kildea is a lecturer at UNSW Law, and Referendums Project Director at the Gilbert + Tobin Centre of Public Law at UNSW.

With a vote delayed, where does this leave constitutional recognition of Indigenous Australians?