In the aftermath of the annihilation of Nauru's judiciary, will Canberra champion the rule of law, or will it let democracy be overrun for the sake of political interests, asks Rebecca Ananian-Welsh. 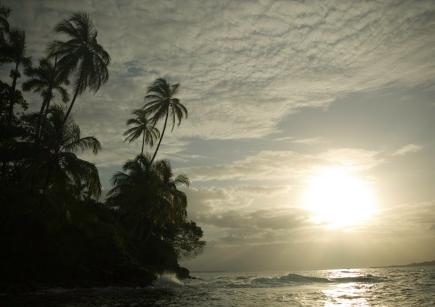 Nauru has fired its only magistrate and expelled its chief justice from the country. Its Solicitor-General has tendered his resignation. In less than two weeks the independence of Nauru’s judiciary has been annihilated. These events highlight the vulnerable position of courts, and the need for Australia to take action.

On 19 January Nauru’s President Baron Waqa fired magistrate and Supreme Court registrar Peter Law, an Australian citizen and resident of Nauru. Chief Justice Geoffrey Eames intervened by issuing an injunction against the deportation. In response, the government ignored the injunction, then prevented Eames’ from returning to Nauru by cancelling his visa.

On 21 January the Nauru Department of Justice released a statement justifying Law’s removal on the grounds of a ‘loss of confidence’. The Department cited complaints of inappropriate behaviour such as drunkenness and interfering in cases. Despite this statement, little doubt seems to exist that the removal of Law and the subsequent expulsion of Eames were politically motivated. Law and Eames have pointed to the President’s displeasure with a decision by Law that prevented the government from deporting three resident foreign nationals – including two Australian businessmen.

Nauru’s Solicitor-General Steven Bliim, also an Australian citizen, has now resigned in protest to the treatment of Law and Eames. Law has spoken out accusing the Nauru government of contempt of court on the basis that it ignored Eames’ injunction and withdrew his visa. Law has also threatened to sue for defamation on the basis of the departmental statement.

On Tuesday Nauru’s 19 member Parliament met for the first time this year. A no confidence motion was brought against President Waqa. The motion was defeated 11 votes to seven. The possibility still looms that Eames may be dismissed, despite dismissals being restricted to circumstances of ‘proved incapacity or misconduct’.

Australia’s response has been underwhelming.

Just as the motivations behind the expulsions of Law and Eames were political, so has been the response. Nauru plays a central role in the Abbott government’s asylum seeker strategy. The island holds and processes asylum seekers on Australia’s behalf. Political instability and the absence of an independent justice system may threaten the viability of this strategy. Thus, High Commissioner Bruce Cowland has simply ‘conveyed the concerns of the Australian government’ on these events and their impact on the rule of law. Immigration Minister Scott Morrison has downplayed the events as internal politics.

The events in Nauru and Australia’s meagre response are concerning in many ways.

The actions of the Nauru government convey the fragility of judicial independence. A powerful government willing to ignore judicial rulings and protections may, with little obstacle, threaten judges with removal, deportation or worse. It seems that the government may act on these threats swiftly and without fear of rebuke. As Alexander Hamilton famously observed, the judiciary ‘has no influence over either the sword or the purse; no direction either of the strength or of the wealth of the society; and can take no active resolution whatever. It may truly be said to have neither force nor will, but merely judgment; and must ultimately depend upon the aid of the executive arm even for the efficacy of its judgments’.

The events in Nauru show that when political forces rally against it, judicial independence lacks a champion. By letting politics guide its response, the Australian government’s actions fly in the face of our fundamental constitutional values. It is shocking that a country so closely related to Australia can take such bold steps against judicial independence and the rule of law, without prompting a strong response.

Judicial independence is not only a fundamental value in Australia. It commands almost universal approval. Article 1 of the United Nations Basic Principles on the Independence of the Judiciary requires that judicial independence ‘be guaranteed by the State and enshrined in the Constitution or the law of the country’, and says that, ‘It is the duty of all governmental and other institutions to respect and observe the independence of the judiciary’. A person’s right to a fair and public hearing by an independent and impartial tribunal is protected in theUniversal Declaration of Human Rights and the International Covenant on Civil and Political Rights.

Throughout the wealth of international instruments and agreements on judicial independence, a judge’s security of tenure is highlighted as one of its most important aspects. Protections for a judge’s job security and remuneration are also given considerable protection under section 72 of the Australian Constitution. As former Chief Justice of the High Court Sir Harry Gibbs eloquently put it, judicial independence requires ‘that no judge should have anything to hope or fear in respect of anything which he or she may have done properly in the course of performing judicial functions’. Waqa’s response to the decisions of Law and Eames send a clear message that judges in Nauru have much to fear from the judicial decisions they make.

The actions of the government in Nauru show a complete disregard for the independence of the judiciary and the rule of law. The potential impact of these actions cannot be overstated. President Waqa has demonstrated that judges can and will be punished for making decisions that are not in the government’s interest. He has also shown that the government does not consider itself bound by decisions it does not like.

In this situation the role of the international community becomes vital. Law, Eames and Bliim are Australian citizens, and the High Court of Australia remains Nauru’s highest court of appeal. The spotlight has fallen on the Australian government. Will it champion judicial independence and the rule of law in Nauru? Or will it let these fundamental democratic values be overrun for the sake of political interests?

Rebecca Ananian-Welsh is a lecturer with the ARC Laureate Fellowship Project ‘Anti-Terror Laws and the Democratic Challenge’ at UNSW's Faculty of Law. She recently completed her PhD in terrorism law and the separation of judicial power. Before coming to UNSW, Rebecca held positions with the Federal Attorney-General’s Department and at DLA Piper Sydney.

This opinion piece was first published in Online Opinion.