Opinion Pro-choice in practice is not legal protection

Zoe's law needs to be accompanied by an overdue decriminalisation of abortion in NSW, where a woman can be jailed for up to 10 years if she "unlawfully" terminates her pregnancy, writes George Williams. 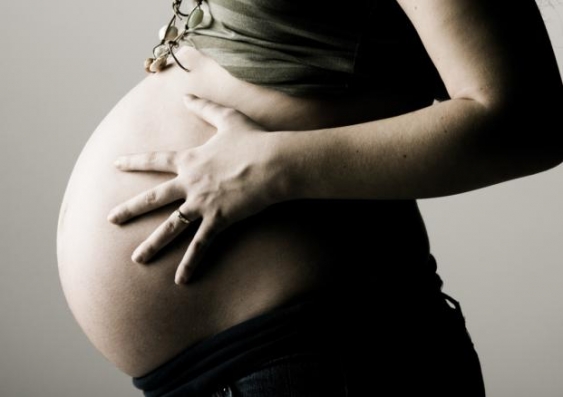 OPINION: Two weeks ago, Tasmania's Parliament removed abortion from the state's criminal code. There are strong reasons why NSW needs to do the same.

NSW abortion law is based on centuries-old British law. This includes an 1803 statute that imposed the death penalty for undertaking the procedure. Britain has long since moved on and, since 1967, has permitted women to have an abortion under medical supervision.

Australian states and territories have followed this lead. Laws were changed to make it clear that a woman can choose a termination in South Australia in 1969, the Northern Territory in 1974, Western Australia in 1998, Tasmania in 2001 and Victoria in 2008.

The ACT has gone further. It fully decriminalised abortion in 2002 and now treats it in the same way as any other medical procedure.

Tasmania has now taken a similar step. Its new law allows terminations up to 16 weeks with the woman's consent and after 16 weeks with the agreement of two doctors. A doctor who opposes abortion will be compelled to give the woman a list of willing practitioners.

The Tasmanian law also shifts the focus away from treating women as potential criminals to actively protecting their right to a termination. It establishes a 150-metre access zone around premises providing terminations. A person faces 12 months' imprisonment if, within this zone, they protest against abortion, record women seeking a termination, or otherwise harass, intimidate or interfere with them.

NSW and Queensland are the only states that still criminalise abortion. Section 82 of the NSW Crimes Act 1900 says that ''a woman with child'' can be jailed for up to 10 years if she ''unlawfully administers to herself any drug or noxious thing, or unlawfully uses any instrument or other means'' to end her pregnancy.

Women have been able to get around this law because judges have given it a liberal interpretation. In particular, Judge Aaron Levine held in 1971 that an abortion is not unlawful if the doctor ''had an honest belief on reasonable grounds that what they did was necessary to preserve the women involved from serious danger to their life, or physical or mental health''.

Today, NSW is largely pro-choice in its practices but not in its law. Under the latter, women are not given the right to choose an abortion but can avoid breaching the law if it can be shown that their termination fits within a recognised judicial exception.

NSW women have also been protected by a general reluctance on the part of police to prosecute.

Nevertheless, in 2006, a Sydney doctor was convicted of carrying out an abortion after she failed to determine that a lawful basis for the abortion existed.

In another case in Queensland in 2010, a young couple were tried and faced jail for terminating an unwanted pregnancy but were ultimately acquitted.

If Zoe's law is passed by the NSW upper house next year, it may upset the accommodation that allows NSW women to seek an abortion. That law seeks to amend the NSW Crimes Act to enable a person to be prosecuted for grievous bodily harm done to a foetus.

To achieve this, Zoe's law would give legal recognition to the ''unborn child''. It would define such a child as ''the foetus of a pregnant woman'' that ''is of at least 20 weeks' gestation'' or, if the period of gestation cannot be established reliably, ''has a body mass of at least 400 grams''.

Clauses have been inserted into Zoe's law to limit its impact. However, a real prospect remains that it will also change the law on abortion, especially for a pregnancy that has progressed beyond 20 weeks.

The current position on terminations is fragile in that it rests upon a judicial interpretation of a statute that criminalises abortion. This judicial approach could be overridden where Parliament changes legislation such as the NSW Crimes Act.

If Zoe's law is passed, a judge faced with an abortion case would need to reassess whether the Levine ruling still holds. It is not clear whether it could do so in light of a new law that recognises and protects from harm a foetus of at least 20 weeks' gestation. It may be that the Levine ruling would be limited, or would not apply, to terminations undertaken after 20 weeks.

Zoe's law needs to be accompanied by an overdue decriminalisation of abortion in NSW. Britain has changed its law, as have all but one of the other Australian states and territories. It is now time for NSW to do the same.

NSW lags way behind on updating its abortion laws