We’ve heard a lot this week about temporary protection visas – but virtually no attention has been paid to its sister bill, which makes it much harder for asylum seekers to even qualify for protection, writes Joyce Chia 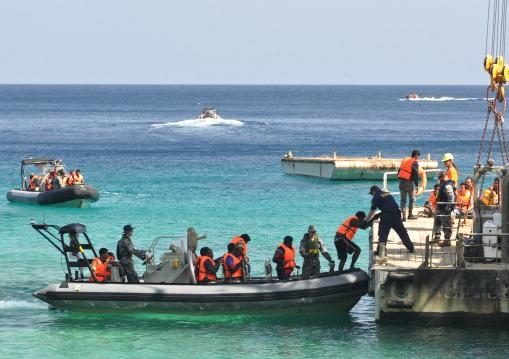 OPINION: We’ve heard a lot this week on whether the government will get its bill introducing temporary protection visas through – but virtually no attention has been paid to its sister bill, which will make it much harder for asylum seekers to even qualify for temporary protection.

Few people are likely to have heard of the Migration Amendment (Protection and Other Measures) Bill, which, far from increasing protection, creates new obstacles for people seeking Australia’s protection. Claiming asylum in Australia, despite what you might hear, is already quite difficult. Imagine you’ve suffered torture and trauma and then you turn up in front of an Immigration official in a strange land, speaking a strange language, with little understanding of your culture, and being questioned in detail on the history of your persecution – without any legal representation. That is the reality for asylum seekers today.

The combined effect of these bills is to make that even harder by expecting all asylum seekers to act as if they are going to court: they will be expected to turn up to their first interview with all documents and claims ready to hand, and anything that might turn up later will be given little or (in the case of some) no weight at all. This will affect in particular the most vulnerable – women fleeing sexual violence, lesbians and gays, and children – who are least able to put their claims “early and fully”, as the Immigration Department likes to say.

Even worse, the legislation would automatically deny protection to those who the department believe have produced so-called “bogus” identity documents, or even if they are considered to have unreasonably failed to produce identity documents. This would be the case even if other evidence proved without doubt that they were who they said they were. As the United Nations High Commissioner for Refugees has repeatedly stated, people fleeing persecution often need to obtain false documents in order to get out or into a country – a reality that was recognised in the Refugee Convention itself, which prohibits a state from penalising a person for entering on false documents.

These matters are made worse for the so-called “legacy caseload”, those boat arrivals who have yet to be processed, who will have access only to a paper review or no review at all by an independent official. That is a very significant change that will almost certainly result in genuine refugees being denied protection. In the last few years, the Refugee Review Tribunal overturned around 60% to 100% of decisions made by the Immigration Department for the main nationalities arriving by boat.

This week’s legislation, if passed, will mean that many asylum seekers won’t get protection at all – temporary or otherwise.

Dr Joyce Chia is the Senior Research Associate at the Andrew & Renata Kaldor Centre for International Refugee Law at UNSW.

This article was first published in Crikey.