Full public funding for NSW election campaigns has immediate appeal, but closer inspection shows it's fraught with many problems, not in the least the huge cost to taxpayers, writes George Williams. 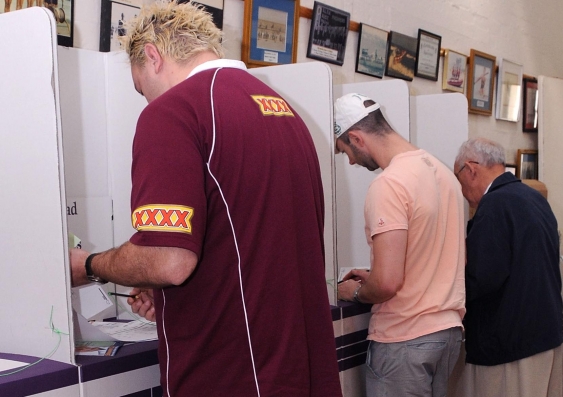 OPINION: Full public funding for NSW election campaigns has immediate appeal. It promises to rid the state of the corruption that seems to follow inevitably from political parties having to seek donations.

Unfortunately, the appeal evaporates on closer inspection. The most obvious concern is the cost to the taxpayer. Voters will understandably baulk at extra funding for politicians and their campaigns to the tune of tens of millions of dollars.

The problem though runs deeper. There are three reasons why Premier Mike Baird’s newly appointed expert panel on donation reform should reject full public funding in favour of other changes.

First, full public funding is likely to be unconstitutional. Politicians and parties would receive money for their electioneering only from the public purse. Donations from other sources would be banned.

Last year, the High Court struck down an O’Farrell government initiative that prohibited the making of political donations by corporations, unions and anyone not on the electoral roll. It is very hard to see how another ban on these groups, as well as on voters at large, could survive a legal challenge.

Second, full public funding is not in the public interest. People aspiring to public office ought to be able to seek financial backing for their campaigns, and people supporting these politicians and what they stand for ought to be able to make a modest monetary contribution.

The focus is now so strongly on the evils of political donations, that we forget that they play an important role in a democracy. Having to raise money to fund a campaign forces politicians to connect with voters. A donation can also be an indication of support for that person’s fitness for office and their policies.

We should not eliminate donations, but rather restrict them to a low level and ensure they are disclosed. This will alleviate the risk of undue influence. A low cap will also encourage politicians to seek support from as many people as possible, thereby dispersing the influence that any one donor can have.

Third, the problems of designing a full public funding model are insurmountable. How should, say, a pot of $100 million be divided among parties and candidates? It could not be distributed according to votes at the prior election. That would give the victors an unfair advantage and frustrate a popular mood for change. Opinion polls should also not be used. Polls go up and down, and are subject to significant sampling errors.

And how should the money be divided between the established political parties, and new parties and independent candidates? What about organisations that campaign without standing people for public office? Should business, union, environmental and other groups also receive public funding? Or will they be locked out of having a say during election time?

There are no adequate answers to these questions. I am not aware of any nation that mandates full public funding for election campaigns. Such a model would inevitably be expensive, and unfair.

If full public funding is not the answer, then what is? NSW political finance law is already quite strict, especially as compared with elsewhere in Australia. Caps are imposed upon how much a person can donate, and how much politicians can spend on campaigning. Donations are banned from property developers and the tobacco, liquor and gambling industries.

Unfortunately, evidence has emerged that these laws are not being obeyed. Rather than setting an example for the public, NSW politicians are too often displaying low ethical standards. Political parties must reform their processes to root out the drivers of corruption and promote the preselection of candidates with integrity.

Where the law does fall down is in regard to penalties. A politician who rigs an election by receiving an unlawful donation or spending more on their campaign than they are permitted, faces a fine of only $11,000. In addition, they can be prosecuted only within three years of their offence. If they can keep their illegal conduct secret for this period, they escape even a fine.

These penalties make a mockery of the NSW law. The penalty is so low, and the possibility of prosecution sufficiently remote, that it is no wonder people flout the rules. A fine is a small price to pay compared with the political advantage gained by having a war chest of extra money to fight an election.

The three-year limit on prosecutions should be repealed and the maximum fine for breaching political donation laws increased tenfold to $110,000. Serious breaches by a serving politician should also lead to their automatic expulsion from Parliament. If candidates gain an unfair advantage in an election, and so breach the trust of the people who voted for them, it seems only fair that they lose their seat.

Writing on the wall for political donations law