Dyson Heydon insisted that "compromise is alien to the process of doing justice according to law". However, it would be surprising if this judicial individualism catches on, writes Andrew Lynch. 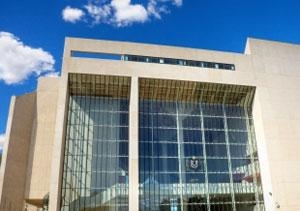 OPINION: A staunch defence of judicial individualism, delivered by Dyson Heydon to audiences at the outset of his final year of service on the High Court, goes a long way to explaining how he went on to determine the cases that followed.

These included the high-profile challenges to tobacco plain-packing and the commonwealth's funding of school chaplains.

In the speech titled "Threats to Judicial Independence: the Enemy Within", Heydon, who retired last month, described how the internal dynamic of an appellate court, particularly an emphasis on achieving institutional consensus, may compromise the intellectual independence of its members, the transparency of its decision-making, and the quality of its judgments.

Unlike the practices of the political arms of government, Heydon insisted that "compromise is alien to the process of doing justice according to law".

Last year, Heydon did not join once with any of his colleagues in stating his reasons for judgment. While the other six judges frequently wrote with each other -- either all together or in particular partnerships -- in case after case, he wrote alone.

Fairly often Heydon did so in dissent from the rest of the bench, but always individually even when he concurred in the resolution of a matter.

This streak of unwavering individual judicial expression was highly unusual.

In the last decade the court has shown notably high levels of joint judgment delivery across most members. Even with his reputation as the Great Dissenter, former justice Michael Kirby certainly never went through a whole year on the court without joining some or all of his colleagues in the delivery of judicial reasons in a number of cases.

We need to go back as far as the High Court of the 1930s and the decisions of Justice Hayden Starke to find a judge whose mode of expression is comparable to Heydon's dogged individualism in his last year on the court.

But as the publication of his earlier speech now makes clear, Heydon's apparent isolation from his colleagues was no accident. Nor, apparently, was it borne of a disinclination of the rest of the court to join with him.

It was instead the manifestation of a highly principled stance he has developed over the course of a judicial career that began with his appointment to the NSW Court of Appeal in 2000 and then his decade on the High Court from 2003.

Much of the defence that Heydon gave of dissenting and separate concurring opinions is not new.

There is in fact a long tradition of judicial speech-making on this topic in the common law world. To recite just one familiar justification, the parties can have far more confidence that each member of the bench has applied themselves to the demands of the case than if the court decides it with a single opinion.

Where Heydon's contribution to this canon stands apart, however, is in his revealing and pointed comments on the way in which judges may attempt to exert influence over each other and the institutional processes that facilitate this.

With the goal of having the court give unanimous guidance or speak with one institutional voice, he reports that a "message might be transmitted that those who disagree should say they agree". To this end, "guileful blandishments could be employed -- charm, flattery, humour and elaborate but insincere displays of courtesy . . . that is, polite or jovial invitations might be made to tell lies".

At the same time, "excessively dominant judicial personalities" may be able to drive the court's decision on their own terms.

Heydon asserts that the presence of such personalities "in conjunction with judicial herd behaviour can cause grave dangers to arise from the now fashionable judicial conferences". The obvious danger is that some judges allow themselves to be co-opted to the views of others through the deliberations at conference and so abdicate their judicial independence.

But additionally, "seduced by suave glittering phrases" of the one or various forceful "personalities" the court may be led "further and further from the parameters of the public debate between bench and bar" towards questions of greater interest to particular judges.

The court ends up delivering poor justice to the parties and general pronouncements of law unrefined by the processes of thecommon law adversary tradition.

Heydon's speech commences with a caveat that it is a general comment and "must not be taken to be speaking about the actual behaviour of any particular court of which the author has been a member".

But it is hard to disconnect his remarks from the pattern of decision-making on the High Court during his tenure, in which, first Kirby, and then he himself was found regularly writing alone beside the joint opinions of their colleagues.

Aligning with Heydon's recent comments, Kirby once complained that most of those opinions were written by the same two individuals, joined in by the rest, without change.

In 2009 former Justice Michael McHugh candidly identified Justice Bill Gummow as "a great judicial politician" who "always had three votes" with which to build majority opinion over this period.

This parallels earlier concerns that some judges enjoy too much influence over their colleagues. In the 1930s, Starke privately referred to Justices Bert Evatt and Edward McTiernan as mere parrots of the opinions of Justice Owen Dixon.

Starke blamed Dixon "for he angles for their support and shepherds them into the proper cage as he thinks fit". Perhaps coalition building on multimember courts is simply inevitable.

In his final year on the High Court, Heydon put into practice his view that a commitment to writing alone is the best guard against the impact that dominating judicial personalities exercise upon the independence of their colleagues, the resolution of the parties' dispute and the law's development.

That was admirable but if it catches on then that really would be surprising.

Professor Andrew Lynch is a director of the Gilbert + Tobin Centre of Public Law at UNSW.