Opinion Rape as a weapon of war: what the law can do

Since it is possible for the ICC to promote better domestic prosecutions, it can, and should, encourage domestic accountability for sexual violence crimes, writes Amrita Kapur. 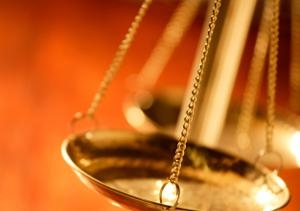 OPINION: During the chaos of war, rape is used by the powerful as a deliberate strategy to destroy any opposition. The law, seemingly, has little role to play. After all, during conflict the normal rules of law and order no longer apply.

Instead of being an exception, perpetrators number in the thousands and commit crimes unchecked. Historically, the “excesses of war” were even regarded as inevitable; the rape of women and pillaging of towns simply perks of victory.

But our understanding of war has changed, and the law now defines crimes and attempts to punish those who commit them. The ultimate goal is to deter others so that these crimes are no longer perpetrated, even during war.

It’s only in the last two decades, that those who commit large scale or brutal crimes with impunity have been challenged. Following international criminal tribunals created for Rwanda and the former Republic of Yugoslavia, subsequent tribunals prosecuted international crimes committed in Sierra Leone, Cambodia and Lebanon.

In 2002, the International Criminal Court (ICC) became the first permanent criminal court charged with “ending impunity” for international crimes such as genocide, war crimes and crimes against humanity.

There are many valid criticisms levelled at all these institutions for their politics and their methods in pursuing justice. Nevertheless, it can’t be denied that they have challenged the impunity of powerful leaders responsible for orchestrating international crimes.

Today, there are international laws criminalising rape and acts of sexual violence as acts of genocide, war crimes and crimes against humanity. Defendants have been charged with these crimes, and some have been convicted, although not yet at the International Criminal Court.

But after its establishment 10 years ago, the ICC’s first judgement was delivered only in March this year. It is abundantly clear the ICC has limited resources in addition to a very restrictive mandate to prosecute only the very few at the very top.

Some critics suggest this track record reflects the ineffectiveness of the ICC and the failure of international criminal law more generally.

Such criticism overlooks the fact that the ICC was designed as a court of last resort; it can intervene only when a country is unwilling or unable to genuinely prosecute. Its greatest impact was always intended to be in encouraging prosecutions in local courts.

Countries like the Democratic Republic of the Congo (DRC), Uganda and the Central African Republic referred their situations to the ICC only because they were unable to prosecute themselves.

In these countries, and those that may be regarded as reluctant to prosecute (such as Colombia), the ICC claims it has effectively encouraged important law reforms, more effective prosecutions of other criminals, and more appropriate sentences.

Despite the progress in prosecuting these crimes, in times of war the powerful still command others and commit acts of sexual violence with impunity. So why do these crimes continue to be under-reported, under-investigated, under-prosecuted, and rarely convicted?

One reason is that all the challenges in prosecuting sexual violence in peaceful progressive countries are only made worse during times of conflict. Even in Australia, rape remains under-reported, associated with low rates of conviction and social stigma.

Another reason is that many post-conflict countries do not have laws, or a commitment to create laws, to prosecute sexual violence. Even when there are appropriate domestic laws, these are rarely enforced. This means sexual violence around the world remains disproportionately under-prosecuted compared to other categories of crimes.

But this impunity means sexual violence becomes an effective and feasible “weapon of war”.

Rape and sexual violence are integral to strategies in conflicts ranging from the DRC to Colombia. This means that commanders sanction the rape of women to terrorise the population and reduce the enemy’s resistance, secure in the knowledge they will never be punished.

Without punishment, there is no reason for the perpetrators to stop. Moreover, from research and experience, it’s clear that post-conflict communities are particularly at risk of relapsing into conflict.

It’s also clear that women’s empowerment is essential to post-conflict recovery and development. But without making perpetrators accountable for sexual violence crimes and without acknowledging victims' suffering, women’s empowerment becomes all the more difficult.

So how can reluctant post-conflict governments be persuaded to prosecute sexual violence? One potential solution lies in their engagement with the ICC given it’s mandate to specifically focus on these types of crimes.

Since it is possible for the ICC to promote better domestic prosecutions, it can also, and should, encourage domestic accountability for sexual violence crimes.

Given the integral role of sexual violence in conflict, meaningful justice must include accountability for these crimes. No doubt, this is a complex problem requiring numerous multi-faceted solutions. Law is just one tool, but it has potential to promote positive change.

It’s time that sexual violence survivors start to see and experience this potential.

Amrita Kapur is a Lecturer in UNSW's Faculty of Law.