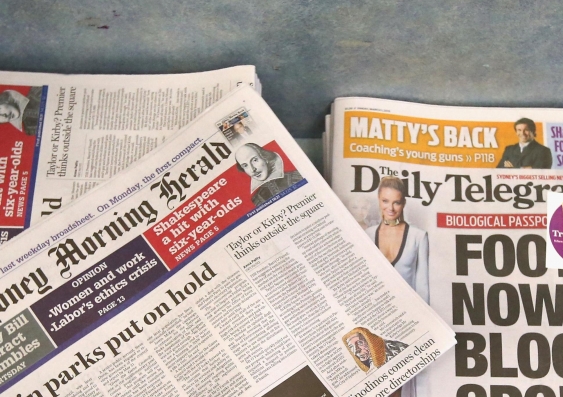 OPINION: The New South Wales government’s decision to “review” and amend the new Bail Act after only one month in operation illustrates worrying trends in public policymaking relevant to all jurisdictions. It raises the question: is rational law reform possible in a shock-jock tabloid world?

Trend one is the denigration of judicial expertise. The Hatzistergos Review produced after media criticism of the new act involved little or no new research.

What is the point in investing in the time and expense of extensive consultative inquiries if the results – as filtered through the Attorney-General Department’s scrutiny, reduced to legislation and subject to one year’s training for all who will administer it – can be overturned by a short-term political process before the Act has been in operation long enough to be evaluated? What message does this send about political regard for judicial expertise?

The second trend is the lack of concern for evidence. Politicians like to parrot the phrase “evidence-driven policy”, but here a reform based on years of intensive and expert consideration was scotched before it had had time to operate long enough to be evaluated. Why not wait to see how it was working? The answer can only be because the main concern is not acting on evidence, but being seen to respond to media criticism.

The third trend is the impatience with and lack of faith in legal processes and the ability of the system to correct error. The first recourse to arguments that a judicial decision is wrong is to take it on appeal, not change the law.

A feature of attacks on the judiciary as out of touch and “not reflecting community values” has been a lack of respect for the appeal process. It is seen as easier and quicker to complain to the tabloid press or selected shock-jocks and initiate a media campaign than go through the normal processes.

In this way public trust in the judiciary and the criminal justice system is constantly eroded. This feeds into an increasingly uncivil public discourse.

Instant experts abound. People who would not think of looking over the shoulder of, say, an electrician, plumber or mechanic seem to think judicial decisions can be second-guessed by all and sundry, without knowing all the specific facts or hearing the evidence or indeed even knowing the law.

The fourth trend is the increasing power of the shock-jocks and the tabloids, in this case Ray Hadley and Sydney’s Daily Telegraph in particular. Hadley and the Daily Telegraph’s animosity for former attorney-general Greg Smith, architect of the NSW Law Reform Commission Review and the Bail Act, was played out before the release of the NSW Law Reform Commission Report.

A pre-emptive attack was launched on the report, evident in a Daily Telegraph front pagethat portrayed Smith as Rambo turned into a marshmallow man. Hadley repeatedly called for the sacking of this “raving lunatic”.

The undermining of Smith for not being tough enough on law and order was ultimately successful. Smith was removed.

Police and media call the shots

The Attorney-General’s Department was subsumed into a newly named Police and Justice Department. The attorney-general was for the first time junior in status to the police minister, Mike Gallacher. The latter has since been forced to resign from parliament over corruption allegations raised at the Independent Commission Against Corruption (ICAC).

By constitutional convention the attorney-general has a special role as first law officer, broadly put, to protect the integrity of legal processes. That role should not be subjugated to the political interests of the police.

The fifth trend is the power and influence wielded by police associations in NSW and elsewhere. Gallacher was a former president of the NSW Police Association. Government responses to significant criminal justice issues have increasingly been driven by the police minister, rather than the attorney-general.

The Police Association sees its role not simply as protecting the industrial interests of its members but also as securing the widest possible police powers, irrespective of whether they are desirable in the broader public interest of maintaining democratic traditions of liberties and rights. The interests of the police do not necessarily equate with the interests of the public.

The sixth trend is the use of former politicians to produce quick “reviews” of complex legislation, often in preference to considered judicial and other extensive reports. Such reviews lack the element of independence, the depth of research and reliance on evidence and the time for widespread consultation among interested parties, which are all characteristic of law reform and other inquiries.

These “in-house” political exercises are designed to produce a way for politicians to go through the appearance of consultation while securing the quick results they want to alleviate media pressure.

Principles of rule of law protect us all

The seventh trend is a longer-term one: the fickleness of politicians and their inability to stand up for principle.

Among various rule of law principles are that citizens have a right to personal liberty, enjoy a presumption of innocence and should not be detained without legal cause, nor suffer punishment without conviction by due process. Detention before trial offends these principles, hence it should be strictly limited.

Much of the media outcry is premised on using bail as pre-trial punishment and the assumption that people charged with serious offences necessarily present a risk. But a person accused of homicide in relation to a mercy killing of a partner suffering long-term crippling pain should probably be released on bail pending the trial, an alleged serial or contract killer should not.

These are matters for judicial discretion, not for politicians to decide in advance by creating complex categories of offence-based presumptions that cut across the ability to assess the individual merits of cases. Are these principles too difficult for politicians to comprehend and defend?

Laws should be made after careful consideration in relation to general states of affairs, not in relation to individual cases. Constantly changing the law after media outcries over particular cases offends the principle of generality and produces distortions in the law for short-term political gain.

The principle of reciprocity is a form of social glue fundamental to a safe and cohesive society. It requires that we should want the same laws and legal processes applied to others that we would wish to be applied to ourselves, our families and our friends. Shock-jocks and journalists might usefully reflect on this principle.

David Brown is Emeritus Professor in UNSW's Faculty of Law.