Opinion On the right to silence, all the rhetoric is deafening

Restricting the right to silence has a very expensive corollary: the NSW government would have to fund free access to legal advice and organise duty solicitors to be on hand in police stations, writes David Dixon. 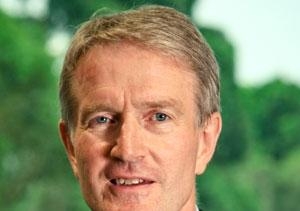 OPINION: Premier Barry O'Farrell's announcement of plans to restrict the right to silence in NSW has set off another rhetorical joust between civil libertarians and critics of this ''right''.

While one side complains about the loss of liberty, the other claims change is necessary because organised criminals exploit the justice process. But both ignore key empirical and legal realities.

Much has been made of the fact that England introduced this change in 1994. However, it should be understood the change was the result of a sustained police campaign that was about politics, not about the reality of criminal investigation.

The right to silence had become a symbolic issue in determining who controlled criminal justice. Its restriction went against the recommendations of two royal commissions and a mass of empirical research (some of it by me).

This research showed that the supposed link between silence and organised criminals was exaggerated, with police sceptical about the effect of the 1994 law on such criminals.

It also showed that real police interviews are unlike those seen in Law and Order and The Bill, in which suspects either refuse to answer questions or skilful police interviewers shift them from denial to confession. In reality, most suspects confess immediately or maintain their denial, whatever tactics police use.

Where is the evidence that a change to the right to silence is necessary?

There has been very little research conducted in Australia. However, in 2006 I conducted a study of every recorded interview across NSW for an entire year, which found a situation very similar to that in England.

The fact is, people tend not to use the right to silence: it's hard not to answer questions and it's usually against your interest to refuse to do so. If police have significant evidence against you, it's best to co-operate.

In my research, the notable cases of failure to answer questions involved young, alienated men who refused to co-operate with police as a mark of honour, even though there was plenty of evidence against them. Their confessions weren't needed, and changing the laws of evidence wouldn't have changed their behaviour.

Best practice in criminal investigation would require police to interview suspects on the basis of evidence rather than relying on a confession. The problems of the latter approach - police malpractice and miscarriages of justice - are well known from a series of high-profile cases in England, Australia and the US.

English police interviewing techniques have substantially changed since the 1990s: they increasingly rely on evidence collected before interview. Australian police are adopting the English approach.

If our police need more resources and/or powers to use phone tap and intercept evidence, DNA and CCTV, in order to provide the evidence needed before interviewing suspects, that's a separate, and equally controversial, debate. We need to talk about how criminal investigation can and should be conducted, not spend time on exchanges of rhetoric about the right to silence. If Premier O'Farrell gets his way, it is likely to have consequences that his government won't welcome. The European Court of Human Rights has ruled that silence can be used as evidence against defendants only if they had received legal advice before being questioned: how otherwise is a lay person to know what might harm their defence in court if they don't mention it to police?

So if NSW changes its law and an appeal goes to the High Court, the Court is likely to find that using silence against a person who did not have legal advice denies them the right to a fair trial.

This means restricting the right to silence has a major and very expensive corollary: the government would have to fund free access to legal advice and organise duty solicitors to be on hand in police stations.

England has done so since the mid-1980s. In the latest research in England, 48 per cent of suspects interviewed in police custody had legal advice. By contrast, almost nobody does in NSW, because there is no public funding or organised system (except for juveniles and indigenous people).

Providing publicly-funded legal advice would be massively expensive, yet it is an inevitable consequence of restricting the right to silence.

The O'Farrell government needs to be very careful what it wishes for.

Professor David Dixon is Dean of Law at UNSW.

When you say nothing at all: NSW and the right to silence