Opinion Right, you lot, it's time we seceded

Anyone can form their own micro nation but this does not mean they can ignore the rules of the land, or not pay tax, writes George Williams. 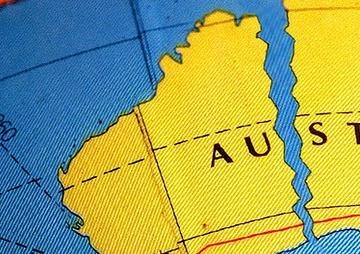 OPINION: Are you sick of your local representative? Fed up with paying tax? Like to be a monarch ruling your own nation? If so, you could be one of a surprising number of people who have seceded from Australia to form their own micro nation.

The latest group of disgruntled citizens lives on Lamb Island, near Brisbane. On October 19, about 450 locals will vote at a referendum on whether to form the Independent Republic of Nguduroodistan (named after the Nguduroo, the indigenous word for the island).

The poll is being advocated by the owner of the local kiosk in response to neglect by federal and state governments. He has drafted a constitution for the island setting out a new caretaker government, consisting of a king and queen, a prime minister and 21 ministers.

Lamb Island's push for independence has been inspired by Australia's most famous micro nation, the Principality of Hutt River in Western Australia. As its website proclaims, Hutt River is an Independent Sovereign State, having seceded from Australia in 1970. In 1977, it declared war on Australia for a short time.

Hutt River has an elaborate system of governance. It is ruled by the self-proclaimed His Royal Highness Prince Leonard, with his children holding a range of official positions. Prince Ian, for example, serves as Prime Minister, and Prince Wayne is the Minister of Foreign Affairs. All up, it has the appearance of a family pastime that has got wildly out of hand.

The principality attracts regular international attention and the tourist trade. It capitalises on this by selling souvenirs and memorabilia, including a stamp and commemorative coin to mark the passing of Her Royal Highness Princess Shirley in July this year.

West Australians have form when it comes to secession. In 1933, they voted by two to one to withdraw from the Commonwealth. The state then sent a petition to Britain requesting independence. However, this got nowhere after the petition was ruled out of order because convention dictated that it come from the Commonwealth and not a state.

This failure has not ended mutterings about secession, which seem to rise and fall according to WA's economic fortunes. Former WA minister Norman Moore said recently that the federal mining tax produced ''rumblings of secession - everywhere you go these days, people are now talking about it''.

Australians have a long history of thumbing their nose at government. The question that keeps being asked is whether they can get away with it. The view that they can is reinforced by the seeming indifference of the Australian authorities. In other countries, an assertion of independence would more likely be met with a military response.

The short answer is micro nations are a constitutional hobby, not a way of escaping Australian law. Anyone can declare themselves a monarch in their own home, but this does not mean they can ignore the rules of the land, or not pay tax.

Claims to self-government take on a more serious turn when it comes to Aboriginal people. Australia was formed on their land without their consent, and Aboriginal people continue to assert their sovereign rights.

They do so today through bodies such as the Aboriginal Provisional Government formed in 1990, and declarations of independence, such as that issued this year by the Murrawarri people in northern NSW.

Such claims have force in the United States. There, the Indian tribes have a measure of independence from state and national laws because they retain their sovereignty. They are not separate nations at the international level, but are treated by American law as ''domestic dependent nations''.

Aboriginal people in Australia have sought similar recognition. Encouraged by the acknowledgment of native title in the 1992 Mabo case, they have argued that the law can also recognise their continuing sovereignty.

Soon after Mabo, Chief Justice Mason of the High Court dealt with a claim by the Wiradjuri people that they were a ''sovereign nation''. He rejected this out of hand, finding that Australian law does not recognise Aboriginal peoples as anything like ''a domestic dependent nation''.

A more final rejection came from the full bench of the High Court in 2002 in the Yorta Yorta case. It held that Britain's assertion of sovereignty over the continent cannot be questioned in any Australian court. This left no room for any form of Aboriginal sovereignty.

The High Court has made it clear that no one can escape the reach of Australian law. People can assert their independence as often and as loudly as they like. However, this will likely be ignored politely by those who run the country, so long as they continue to obey the law.