Criminal trials are about much more than declarations of guilt or innocence - often they are about public spectacle, all the more true when lycra clad punks are involved, write Fergal Davis and Svetlana Tyulkina. 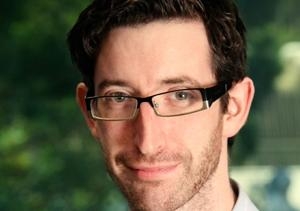 “I now have mixed feelings about this trial. On the one hand, we expect a guilty verdict. Compared to the judicial machine, we are nobodies, and we have lost. On the other hand, we have won. The whole world now sees that the criminal case against us has been fabricated. The system cannot conceal the repressive nature of this trial.” - Yekaterina Samutsevich, Pussy Riot.

OPINION: On February 21, 2012, just two weeks before the presidential elections, the Russian punk band and performance art group Pussy Riot performed ‘Punk worship’ Mother of God, Drive Putin Out. This politically controversial song was made all the more provocative by being performed in the Christ the Savior Cathedral one of the holiest in Russian Orthodoxy.

These events led to police opening a criminal file on 26 February and in early March the band members were arrested. This was followed by a prosecution for the crime of hooliganism – the verdict is due tomorrow.

The accused have sought to link their trial to the Stalinist Show Trials of the 1930’s; such claims should not be accepted at face value.

It can be relatively undisputed that the act of performing Mother of God, Drive Putin Out in a Cathedral of such significance was designed to provoke. It was intended to offend at some level – just as The Sex Pistols attempts to play God Save the Queen on 7 June 1977, the day of the Queen’s silver jubilee celebrations, outside the Palace at Westminster. So punks being provocative is nothing new, but is it a crime?

Hooliganism is defined by Russia’s Criminal Code as “the flagrant violation of public order expressed by a clear disrespect for society committed a) with a weapon; b) for reasons of politics, ideology, racism, nationalism, religious hatred, or enmity with respect to any social group. Pussy Riot have been charged under Russia’s Criminal Code of 1996, Article 213 (2) – this covers the offence of hooliganism committed by a group of persons acting on the basis of prior agreement. Under the Criminal Code the maximum penalty for crime of hooliganism is imprisonment for up to seven year though not-custodial sanctions are available (such as serious fines and community work for a period of up to five years).

The decision to pursue a criminal prosecution was not inevitable. Prosecutors could have opted for an Administrative charge under Article 5.26 (2) of the Administrative Offences Code (insulting the religious feelings of citizens or defiling revered items, signs and world-view symbols) or under Article 20.1 (minor hooliganism or disordered conduct). The Administrative Offences attract far lesser sentences - the choice is the equivalent of the Australian distinction between summary and indictable offences.

The second controversial issue in these trials is that the Court has rejected virtually every application made by the defence. Even if we accept that all of these claims were without merit – denying every application in such a high profile and controversial case evokes the memory of “telephone justice”. This Soviet era concept refers to the practice of courts being controlled by the executive.

However, the invocation of Stalin’s Moscow Trials and “telephone law” is somewhat lazy. In truth the Pussy Riot trial is a classic example of the criminal trial as theatre. That concept is not new to Russia; nor is it unique to that state. After all, the trial of Ned Kelly spawned a national icon of dubious repute.

In 1878 Vera Zasulich was charged with attempting to assassinate General Fyodor Trepov, the military governor of St. Petersburg. She had, in fact, shot and wounded General Trepov. She did this because the General had previously ordered the brutal whipping of a prisoner. Zasulich was hailed as a martyr for justice.

As in the case of Pussy Riot, prosecutors sought to make a public example of the Zasulich. However, Zasulich’s defence counsel sought to place her criminal actions within their political context.

They argued that “what was considered a crime yesterday, becomes a glorious deed of civil valor today or tomorrow. A crime against the state is often the expression of a doctrine aiming at premature reforms…”. The jury acquitted. Perhaps unsurprisingly Tsar Alexander II quickly abandoned his reforming tendencies.

As with the trial of Zasulich the defence of Pussy Riot has not sought to deny their actions – given that video of their act is available online that would have been pointless. Instead they have sought to place their actions within a political context.

Thus Samutsevich denies any intentions to hurt religious feelings of the Russian Orthodox Church adherents and argues that the actions were directed rather against an overly politicized branch of the Church. That the Christ the Saviour Cathedral “had become a significant symbol in the political strategy of the authorities” thereby making it a political and not a religious target. Their defence is the political point they were making in the first place. The trial is an extension of the political.

If the prosecutor had pursued the more obvious line of an administrative charge the legal system could have legitimately denounced the actions of Pussy Riot without attracting the attention of Madonna and the world’s media. This is significant because as of late March opinion poll data reveals that nearly half of Russians were unaware of the incident. The criminal prosecution has made Pussy Riot infamous.

Perhaps the Kremlin wishes that the prosecutors had adopted such an approach. Perhaps. But in the end Pussy Riot have benefitted from unimagined publicity. And the authorities will have reassured their conservative core.

This opinion piece first appeared in The Punch.

Will the Commission of Audit lead to another ‘new federalism’?