The UN Security Council’s sanctions regime processes are in need of reform. Can Australia make any effective changes during its presidency, ask Christopher Michaelsen and Marie-Eve Loiselle. 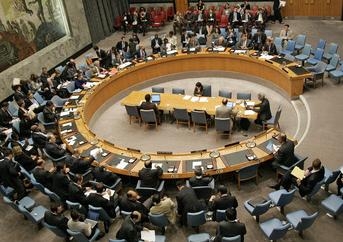 OPINION: For the United Nations Security Council, sanctions are an important instrument in addressing threats to international peace and security. They usually take the form of controls and bans on travel, trade in specified goods and services, and on financial dealings with designated persons and entities.

Since it assumed its role as a non-permanent member of the Security Council in January this year, Australia has been playing a leadership role in chairing three subsidiary bodies of the council mandated to implement UN sanctions: the 1267 Committee on Al-Qaida, the 1988 Committee on the Taliban, and the 1737 Committee on Iran.

As the council is becoming more concerned with human rights violations, it should practice what it preaches and operate in line with decent procedures. Australia should make the most out of its presidency of the Security Council and push for continued reform in this regard.

The first UN sanctions regimes were comprehensive in that they were directed at states as a whole. But in the late 1990s, it became apparent that such comprehensive sanctions had devastating effects on the innocent population without affecting the regime in power.

Saddam Hussein’s Iraq in the 1990s was a case in point. In response, the council developed “smart” sanctions targeting specifically identified individuals and entities within states, including an increasing number of non-state actors. Over the last decade, individualised sanctions regimes have proliferated.

The individualisation of UN sanctions, however, has not been accompanied by the creation of effective mechanisms for individuals to challenge the measures targeting them. At the UN level, no judicial or quasi-judicial institutions exist to provide an avenue of appeal. What’s more, recourse to national courts and tribunals tends to be unavailable as these generally lack jurisdiction to review Security Council resolutions.

It is therefore unsurprising that the UN sanctions regimes – the 1267 regime in particular – have been criticised for their lack of due process. Nonetheless, reform has been slow. The most significant development has been the establishment of an Ombudsperson mechanism in 2009 which now allows listed individuals and entities to petition the 1267 Committee for delisting.

While this represents a significant improvement, there is still no obligation for the 1267 Committee or the Security Council to delist a targeted individual or entity if certain requirements are met. Just last month, the European Court of Justice (ECJ) expressed its concerns about the current system. In the Kadi II case, the court held that the lack of effective judicial protection at the UN level required that EU courts proceed to an indirect judicial review of contested listings.

So, what can Australia do in its capacity as chair of three sanctions committees and non-permanent member of the Security Council to address the due process shortcomings?

Some of these options are technical and perhaps politically uncontroversial, but they would have a significant impact on the overall fairness of the process. For instance, the Ombudsperson currently does not have a mandate to follow up in cases where individuals and entities are officially delisted in New York, but where this delisting has not been implemented by states in practice with the consequence that assets freeze and travel restrictions remained in place.

But we should also not lose sight of the bigger picture and consider advocating for extending the Ombudsperson procedure to other UN sanctions regimes. At present, 14 of these regimes operate lists targeting individuals and entities. Yet, the Ombudsperson procedure is only available to those listed by the 1267 Committee. In one case, this has led to the absurd outcome that an individual was delisted from the 1267 list, only to be relisted on the sanctions list of the Committee on Somalia and Eritrea.

It is clear that such broader structural reform requires sustained political will. It is also clear that Australia’s capacity to tackle these broader endemic challenges is limited. But it can nonetheless play an important role in keeping the issue on the agenda, even if immediate progress seems politically unlikely.

The debate on the due process concerns of the UN sanctions regimes is therefore not only about justice for listed individuals and entities per se. Rather, it is also about the system that we want to build. If we want to go beyond the state and target individuals considered to constitute a threat to international peace and security, we should also give them standing to defend themselves. The issue is therefore closely related to the Security Council’s credibility in general.

It would be foolish to expect that we could instigate widespread reform, in particular if permanent council members like the United States, Russia or China remain sceptical or indeed opposed to further changes. We should nonetheless consider options and opportunities to strengthen the mandate of the Ombudsperson when the 1267 regime comes before the Security Council for extension in June 2014.

Christopher Michaelsen is a Senior Lecturer and Director, Human Rights and Social Justice Program at UNSW Law. Marie-Eve Loiselle is a Research Officer at the Centre for International Governance & Justice at ANU.